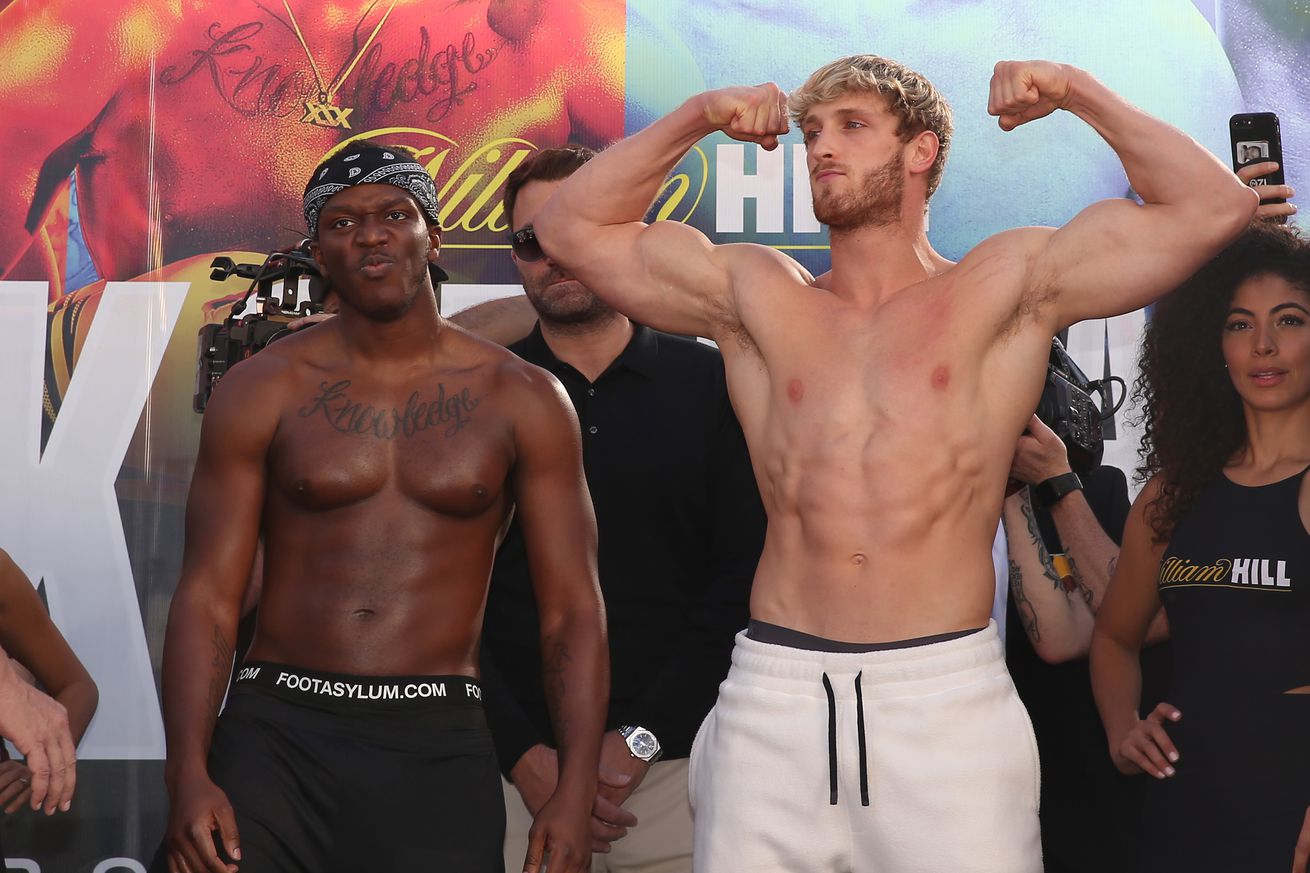 KSI and Logan Paul made weight for tomorrow’s fight.

KSI and Logan Paul are good to go for tomorrow night’s six-round cruiserweight main event on DAZN, as both YouTube personalities made weight today in Los Angeles.

It’ll be the pro boxing debut for both men, though they did face one another in a six-round draw in amateur boxing in Aug. 2018.

There are also two world title fights on the show. Billy Joe Saunders (28-0, 13 KO) will defend his WBO super middleweight belt against Marcelo Esteban Coceres (28-0-1, 15 KO). Saunders weighed in at 167¼, with Coceres at the 168-pound limit.