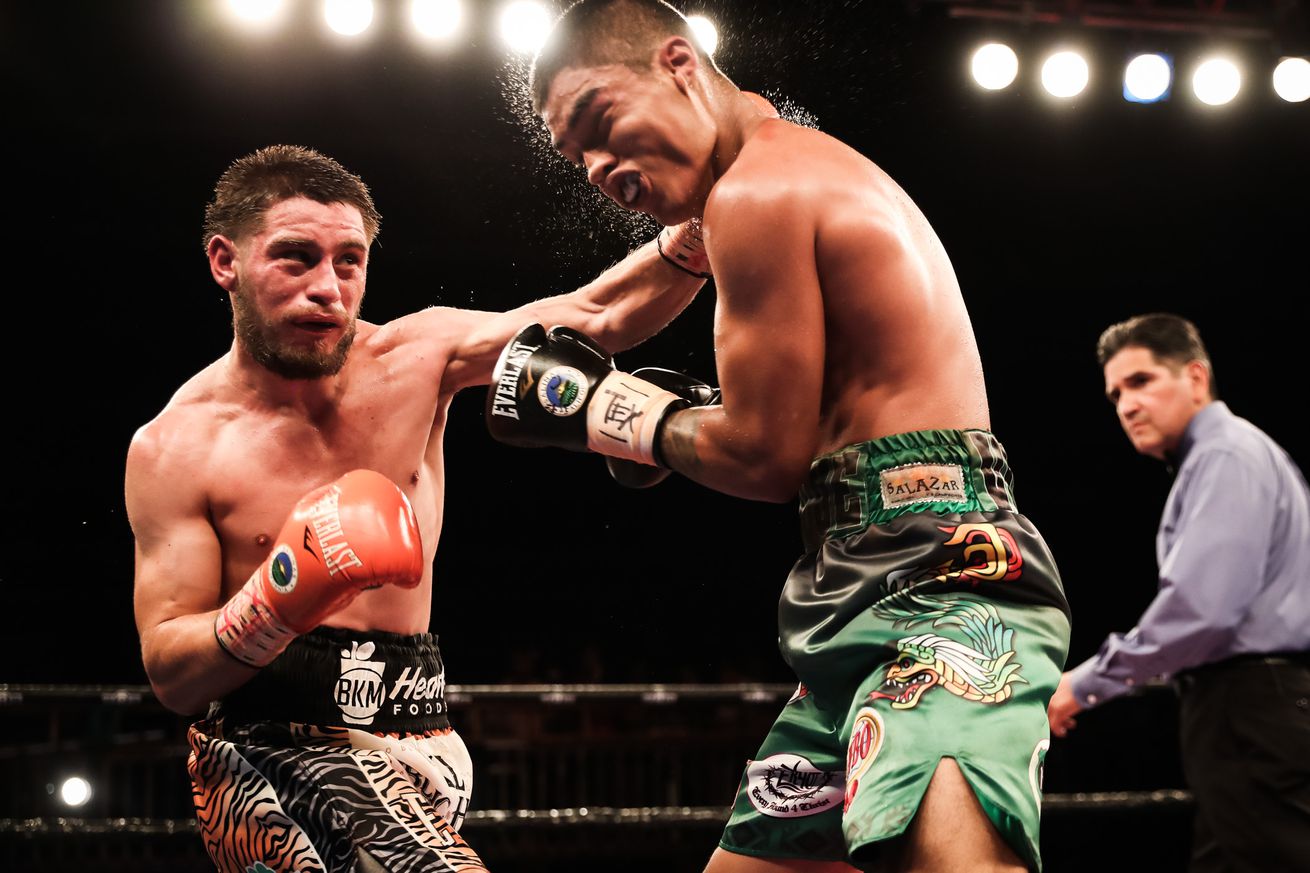 The ShoBox veteran and skilled prospect may be trouble for Emanuel Navarrete on Oct. 9.

Even most “more-than-casual” fight fans might not know a lot about featherweight Ruben Villa just yet, but that should change soon.

The 23-year-old from Salinas, Calif., has been a standout in the last couple of years on ShoBox, and is lined up to fight for the vacant WBO featherweight title against Emanuel Navarrete on Oct. 9, which will air on ESPN.

Navarrete (31-1, 27 KO) has made a name for himself fighting consistently on Top Rank cards, starting with his upset win over Isaac Dogboe in Dec. 2018, which saw Navarrete claim the WBO junior featherweight title. After a rematch win over Dogboe, Navarrete and his team went “quantity over quality” with the opposition.

In Aug. 2019, it was Francisco De Vaca. The next month, it was Juan Miguel Elorde. Francisco Horta followed in Dec. 2019, and then Jeo Santisima in Feb. 2019. None of them were serious contenders. All of them were stopped. Most recently, Navarrete took a true “stay-busy” fight against club fighter Uriel Lopez in Mexico City on June 20.

Villa (18-0, 5 KO) might not have the sort of wins or notoriety that get people more excited about this fight than they’ve been for any other Navarrete fight in 2019-20, but he might be a real danger in this fight. We’ve said it a few times now, but Villa has a skill set and slickness that could give Navarrete a lot of problems.

Villa, of course, feels the same.

“I have been working my butt off since I was a little kid for this opportunity, and I just can’t wait to get in there and fight for the title,” said Villa. “Navarrete is a real aggressive Mexican fighter. He is coming to win. He was a former champion, and I am the underdog, but I have the style to beat him.”

The skillful southpaw style in question led Villa to two wins over Shakur Stevenson back in 2015, when both were amateurs, a year before Stevenson won Olympic silver in Rio. Stevenson earned his spot on the U.S. team by getting two-times revenge against Villa at the Olympic trials in Dec. 2015, and has gone on to obvious Olympic and professional success; besides the silver medal, it was Stevenson who vacated the belt that will be on the line Oct. 9.

Villa hasn’t had the sort of aggressive push as a pro that Stevenson had. Olympic medals may not mean everything, or even what they once did, but they’re a great way to get someone linked up immediately with a power promoter — Top Rank took Stevenson on and have already made him a headliner — and an easy thing to sell off the bat when a fighter goes pro. Villa, co-promoted by Banner Promotions and Thompson Boxing, has had a quieter professional development, but he gets his chance to make a major statement against Navarrete.

Preparation, he says, has not been different — what they’ve done to date has worked, and they believe it can against the Mexican standout.

“We have kept the camp the same. We just treat it like it’s every other fight, just that this fight is for a world title,” he said. “All my hard work is paying off. I am honored and excited to represent everyone who has supported me and my journey to become a world champion, and I plan on bringing the world title back to my home city of Salinas.”

Ruben Villa is confident in his style and his approach for this fight, where he absolutely will be expected by most to lose. But if you’ve seen him in action, you know there’s good reason for him to have some confidence here. Navarrete is a good fighter, and has done what he was supposed to do with his opposition since breaking through against Dogboe. He probably does deserve to be the odds-on favorite in this fight. But Villa is no joke, and no scrub opponent.

After Jessie Magdaleno ghosted the fight, despite some political maneuvering to even get him into position for it in the first place, Villa got the call, and he took the fight. This is his chance to break out, to show more than the loyal ShoBox audience his quality. I wouldn’t overlook him.