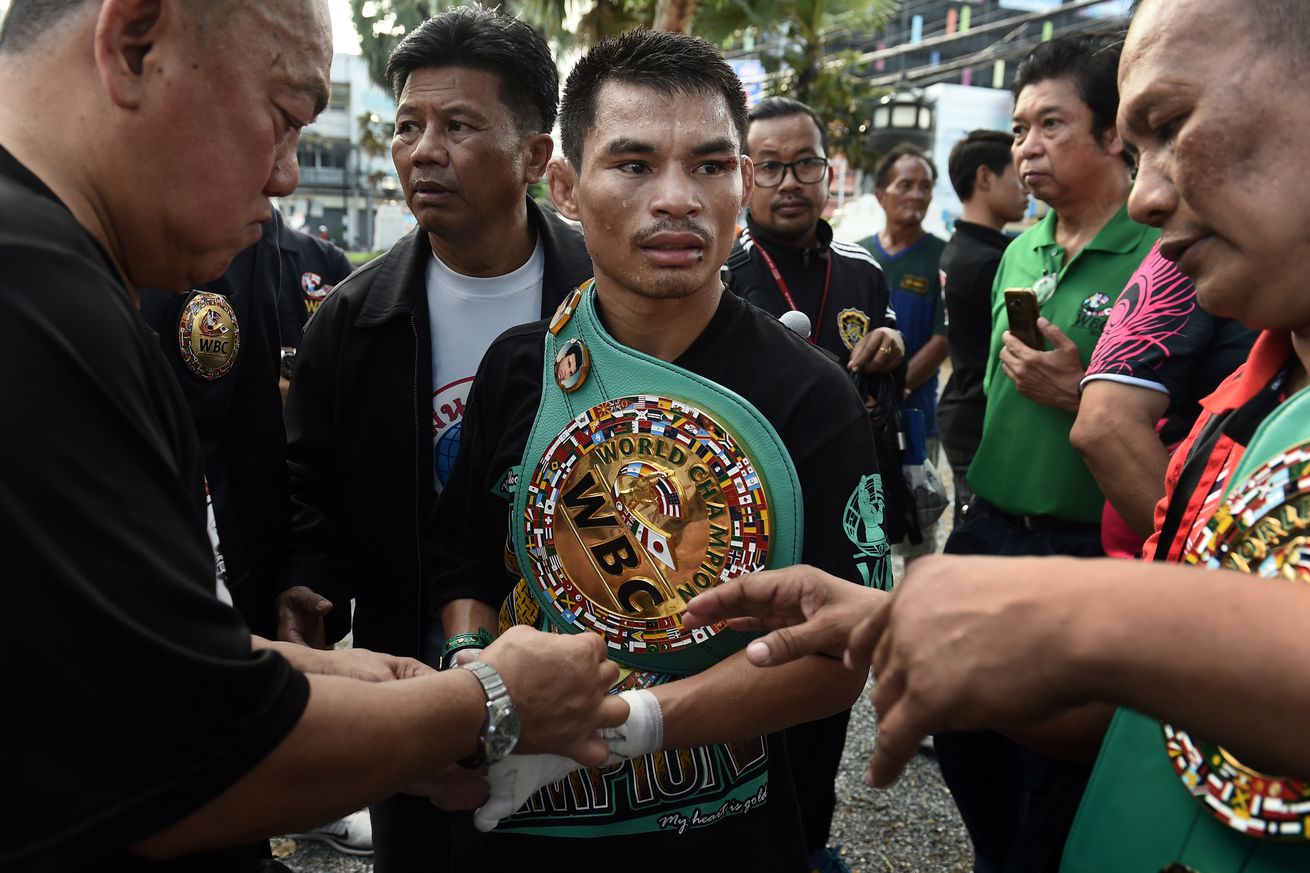 The king of the minimumweights is set to return to action in two short months. Asian Boxing reports that WBC champ Wanheng Menayothin will make his first appearance of 2020 on November 27th, taking on #5 contender Petchmanee Kokietgym in both men’s native Thailand.

Wanheng (54-0, 18 KO) has had a remarkably rough year for someone who never actually laced up the gloves. His planned April U.S. debut fell apart due to COVID, and earlier this summer, he appeared to announce his retirement via Facebook before abruptly deleting the post. Those close to him alleged that the combined stress of staying fit, being unable to secure a fight, and struggling with some ongoing sinus issues led him to make the initial announcement in a fit of emotion.

Whatever the case, “TBE” is back, though it won’t be here in the States.

Petchmanee (34-1, 22 KO), real name Panya Pradabsri, has a very, well, Thai record. His only brush with true competition came back in 2017 when he lost a narrow decision to Xiong Chaozhang in a bid for the WBA minimum title.

Let’s hope that Wanheng’s newfound willingness to fight his countrymen will hold long enough to set up a unification bout with Knockout CP Freshmart.