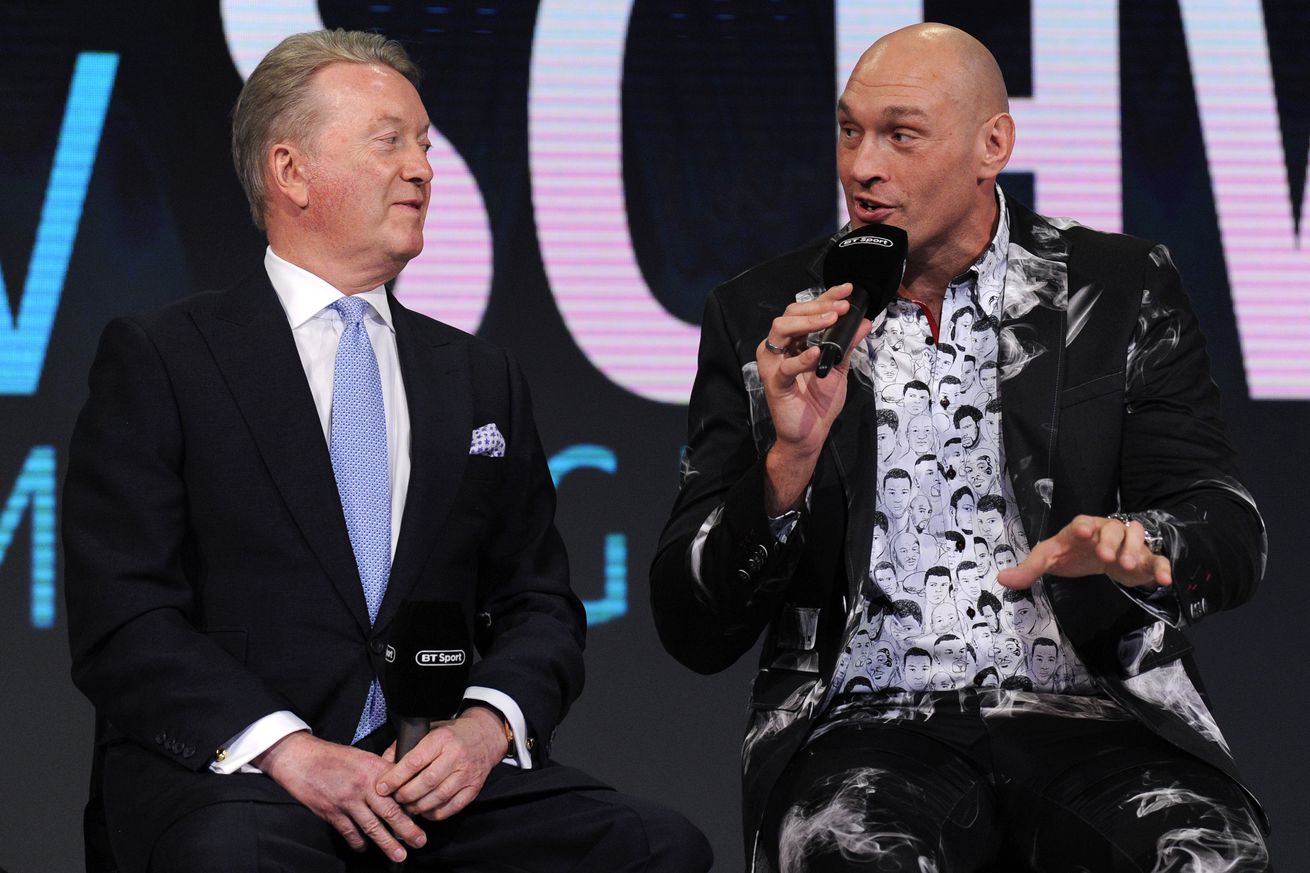 The promoter says Bob Arum would have to pull a rabbit out of a hat to get the trilogy off before the year is out.

According to promoter Frank Warren, it’s not looking like we’ll get to see the third fight between Deontay Wilder and Tyson Fury this year with the way things have been working out. Warren tells BT sport that although Fury is eager to get back in the ring considering all the training he’s been doing, the logistics of staging a fight of this magnitude make things difficult.

“It doesn’t look like it is going to happen this year. That is unless Bob Arum pulls a rabbit out of a hat and puts it on in the States. The last fight got the highest-grossing heavyweight fights to take place in Vegas, and that’s a massive amount of money, nearly 20 million, and that’s not going to be there. So you gotta find some way to make, so the guys get the purses they want. So it’s tough.”

Fury is still contractually obligated to fight Wilder in his next outing, so its not like he’ll be able to get any interim fight in before a third Wilder bout, and the current line of thinking is that Fury-Wilder 3 will be staged sometime in the first quarter of 2021.

In the meantime Wilder has made some changes to his team, parting ways with trainer Mark Breland, while Fury has be diligently working in the gym eager to put a stamp on his ongoing saga with Wilder.