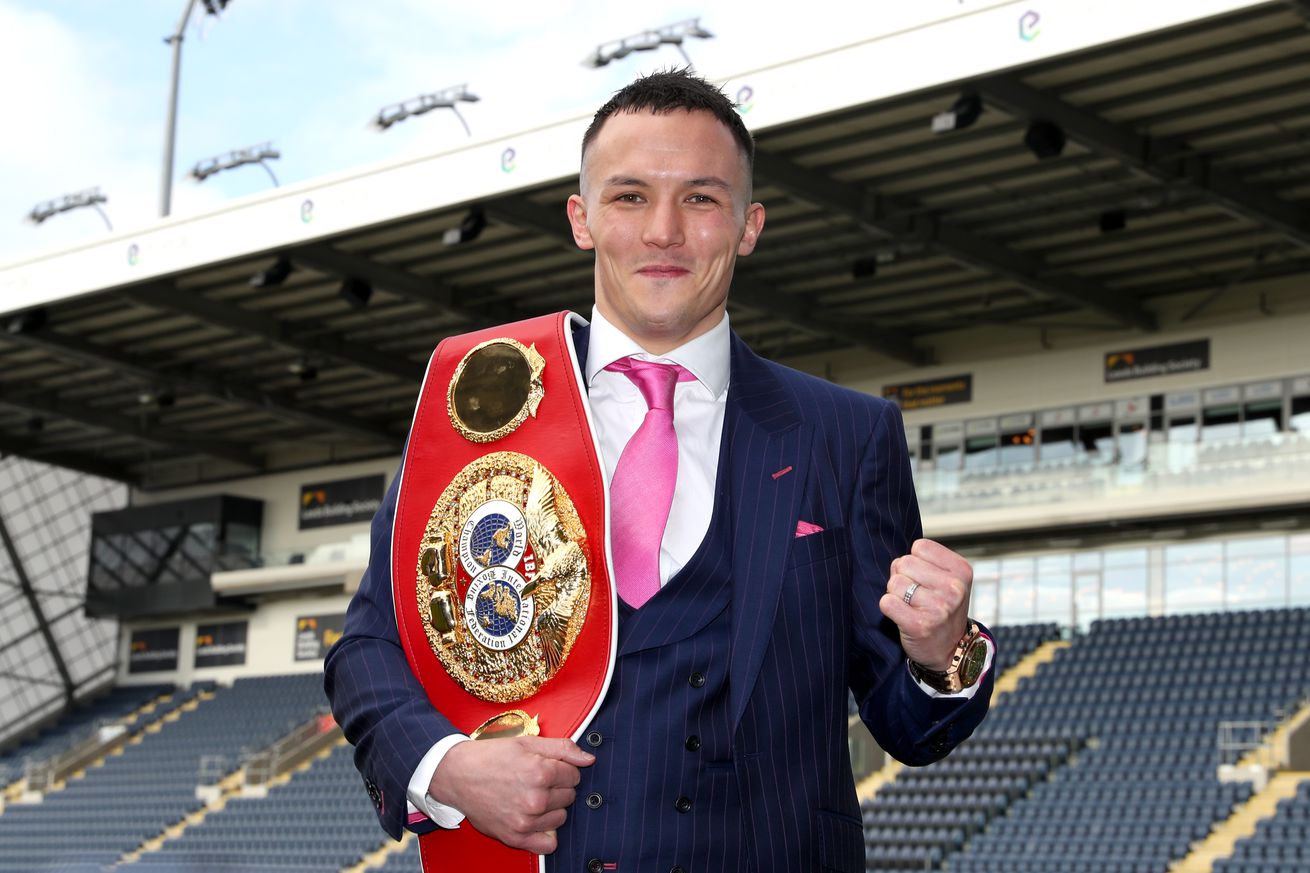 The featherweight titleholders were near an announcement before lockdown.

Featherweight titleholders Josh Warrington and Xu Can were by all accounts near announcing a deal for a unification fight when the COVID-19 pandemic shut the sport down, but Warrington says on a new edition of The Lockdown Tapes that he still hopes to get that fight, and that unification at 126 pounds is his big desire.

“(Xu Can) was the front-runner for my next fight and that’s where we ended before this started,” he said. “Within the space of five days it went from ‘we could have an announcement’ to ‘it’s not happening any time soon’ because of the pandemic.”

IBF titleholder Warrington (30-0, 7 KO) won his belt in an upset against Lee Selby in May 208, and seven months later scored another upset over Carl Frampton. He defended twice in 2019, winning a debatable decision over Kid Galahad and then trouncing Sofiane Takoucht in October.

There was a lot of talk about Warrington facing WBO titleholder Shakur Stevenson, which looked easy to do because Warrington was with Frank Warren and Stevenson with Top Rank, and those two promoters do plenty of business together. But the deal didn’t get anywhere and Warrington instead signed with Matchroom, opening up WBA titleholder Xu Can as the likely foe.

The 29-year-old titleholder from Leeds says he’s just trying to stay focused, as all boxers say they are during this period.

“I feel like I have momentum with me now,” said Warrington. “I don’t want to have too long out of the ring, but everyone is in the same boat right now. I’m at the highest point and level of my career, and you want to be as busy as you can be. You have to be 100 percent every time you get in there at this level, you can’t blag it.”

As for the matchup with Xu (18-2, 3 KO), he expects it would be fan-friendly, something he likes to provide for audiences, and he also says his goal is to keep fighting top-level bouts while he’s in the sport, to provide a legacy.

“He’s WBA champion, in his last fight he threw about 1400 punches, he’s a busy guy and you know what? You want to be part of memorable fights that people are excited about and people talk about and say ‘I’ve watched that fight so many times.’

“When I signed first pro contract, never did I think I’d be at a level where I would be boxing for multiple world titles, Ring magazine belts, getting BoxRec number one t-shirts. Now I am at this level, I think, why wouldn’t I want to take on the biggest challenges? Why not dare to be great and go on to these big fights? If I had it my way, I would fight champion after champion after champion. You just want to be part of exciting fights.”