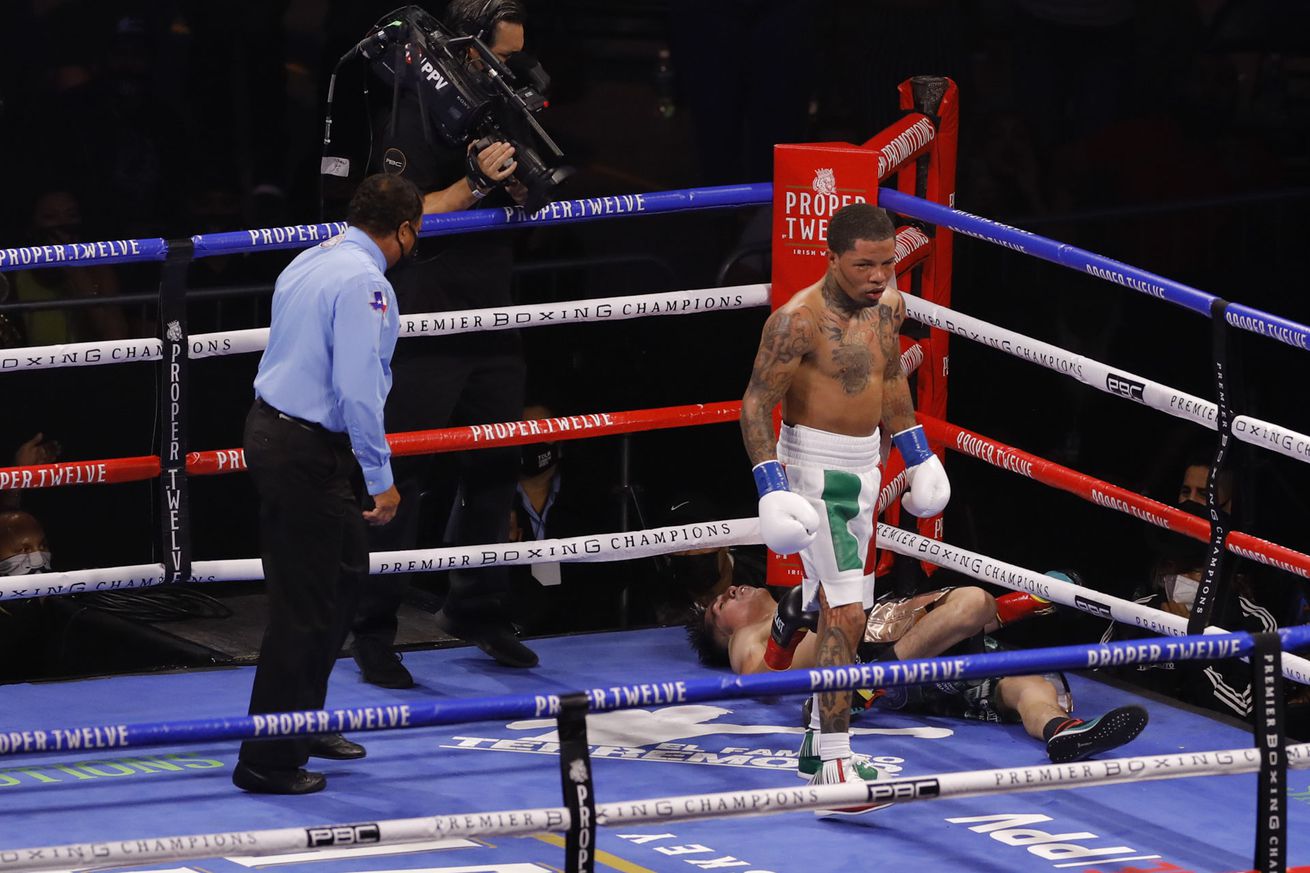 We saw several highlight reel knockouts on a great day and night of boxing on Halloween.

It was a big day and night for boxing on Halloween, and a lot went down across the sport of boxing.

Oleksandr Usyk won a decision over Derek Chisora in London, with Savannah Marshall claiming her first world title on the same card. George Kambosos Jr beat Lee Selby in an IBF lightweight eliminator, and then later in San Antonio, Isaac Cruz beat Diego Magdaleno in an IBF lightweight eliminator, and they both probably think they’re lined up to fight Teofimo Lopez next. Regis Prograis won his return in impressive fashion, and Mario Barrios gave the hometown fans in San Antonio a show. Mikaela Mayer also won her first world title.

Since we’re here to watch some knockouts, and everyone’s talking about Gervonta “Tank” Davis absolutely devastating Leo Santa Cruz in six, and also Naoya Inoue drilling Jason Moloney in seven, let’s just get to it.

Before the main events, though, let’s not sleep on these. Here’s a look at Cruz battering Magdaleno to open the Showtime PPV, the second time Magdaleno went down in a 53-second wipeout:

WHOA! Isaac Cruz gets it done in the first. #DavisSantaCruz continues on SHO PPV…

Later on the Davis-Santa Cruz broadcast, Barrios finished the bloody and brave Ryan Karl in the sixth round:

Over on ESPN+ from Las Vegas, Naoya Inoue lived up to his “Monster” nickname with a sharp right hand that finished a reeling Jason Moloney:

But the king knockout for the night came in the sixth round of Davis-Santa Cruz, wrapping things up at the Alamodome in truly spectacular fashion:

Knockouts don’t get a whole lot better than that.