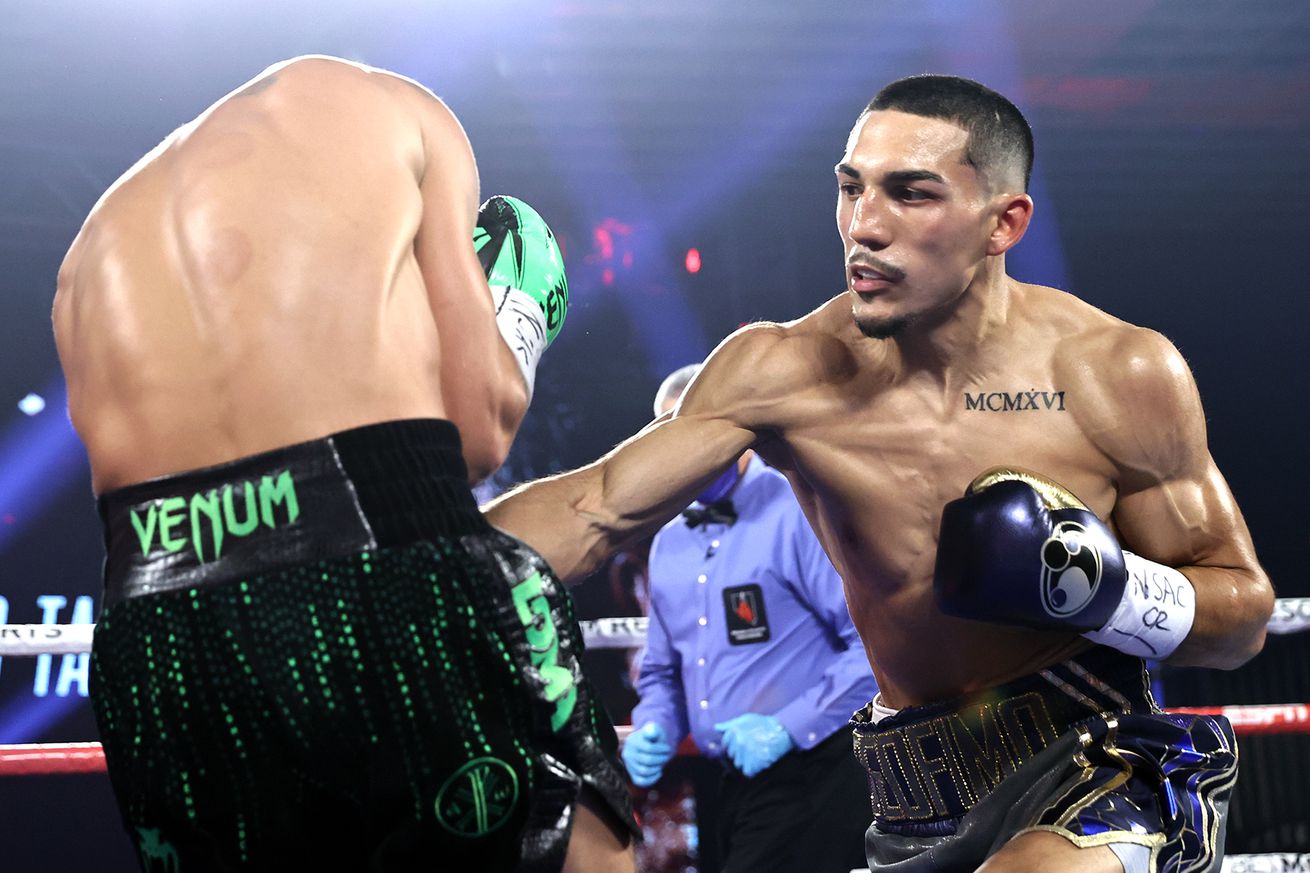 It was Teofimo Lopez’s night on Saturday, and the whole sports world is buzzing.

Teofimo Lopez backed up his own trash talk, his dad’s trash talk, and really everything he’s ever said about how he’d do against Vasiliy Lomachenko, upsetting Lomachenko by decision on Saturday to unify the WBA, IBF, and WBO lightweight titles.

If you missed the fight or just want to relive some of the better moments, here are the highlights from Top Rank and ESPN:

Lopez (16-0, 12 KO) was thought by many to have his best chance to win by knockout — thought by many, in fact, to only have a chance to win by knockout — but he proved he had a lot more boxing skill than he’d been able to show against past opponents, out-boxing a man considered to be one of the finest technicians really in the sport’s history, an amateur legend who has won world titles in three weight classes as a pro, and came into last night the consensus pick for the best pound-for-pound fighter in the sport.

We’ll get into where Lopez, 23, will go from here in the morning — well, in a few hours, I guess, but, y’know, Sunday as anyone might officially see Sunday. A lot of avenues have opened up for a young fighter who really might be the sport’s next superstar.