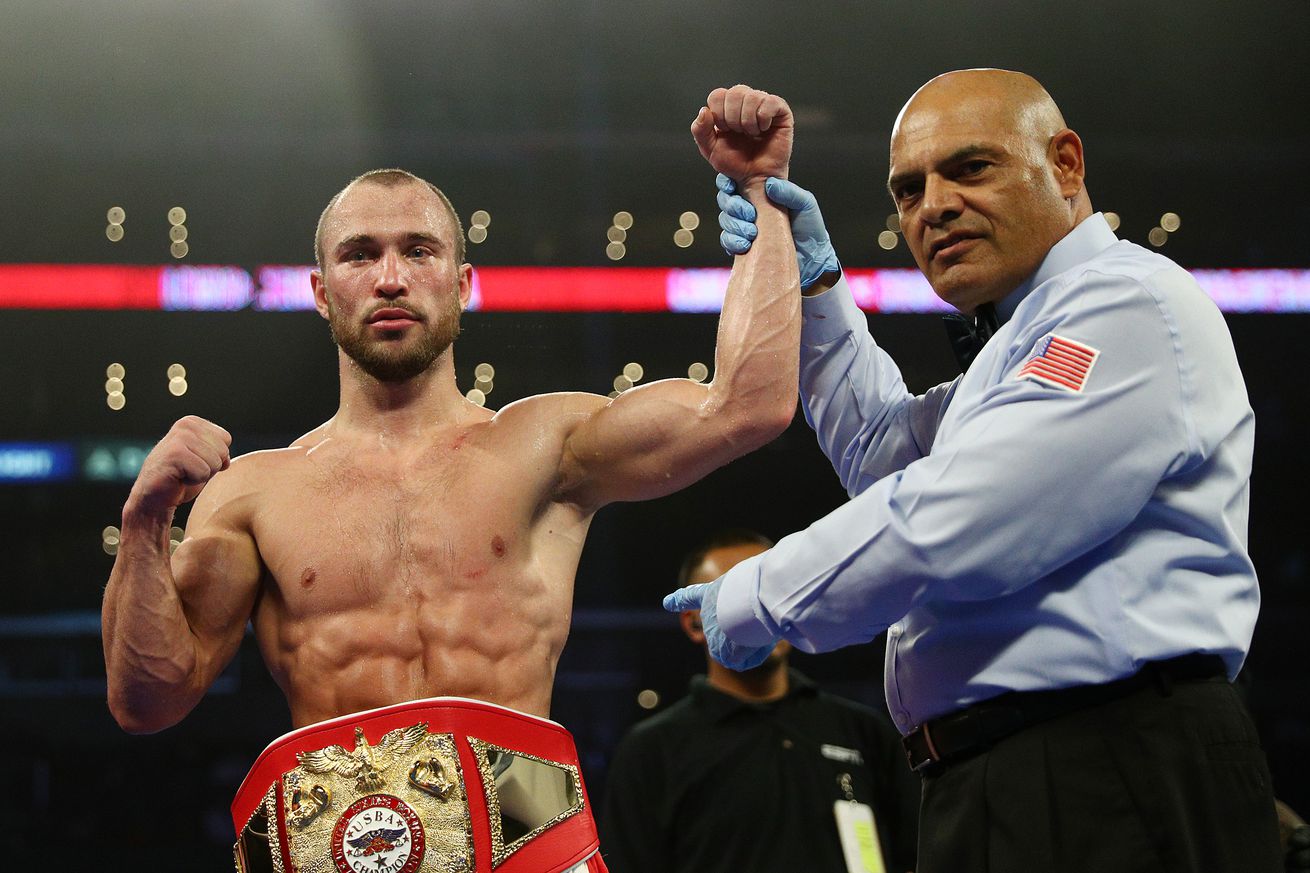 Ugas is currently the WBA #1 contender at welterweight

Newly minted WBA “regular” welterweight champion Alexander Besputin won’t have time for a victory lap. The sanctioning body has ordered him to face former title challenger and current #1 contender Yordenis Ugas by March 29th; as usual, the pair have 30 days to come to terms before going to a purse bid.

Ugas (24-4, 11 KO), a former Olympic bronze medalist, went from prospect to busted prospect to prospect to contender in remarkable fashion. Consecutive losses to Emanuel Robles and Amir Imam in 2014 looked to be the end of his hopes, but a surprise upset of Jamal James kicked off an eight-fight winning streak that set up a shot at WBC champ Shawn Porter. The Cuban veteran wound up losing a controversial decision, but got back on track in July by dominating Omar Figueroa.

Besputin (14-0, 9 KO) got the opportunity to fight for a vacant title when the WBA, apparently suffering from belt withdraw, decided they couldn’t stand to see Manny Pacquiao’s former “regular” title stay homeless any longer and stapled it onto Besputin’s clash with Radzhab Butaev. The two put on a competitive, entertaining show in Monaco, with Besputin emerging narrowly victorious.

It’s good to see Ugas getting another shot at gold and the fight should be fun to watch, so I’m game.