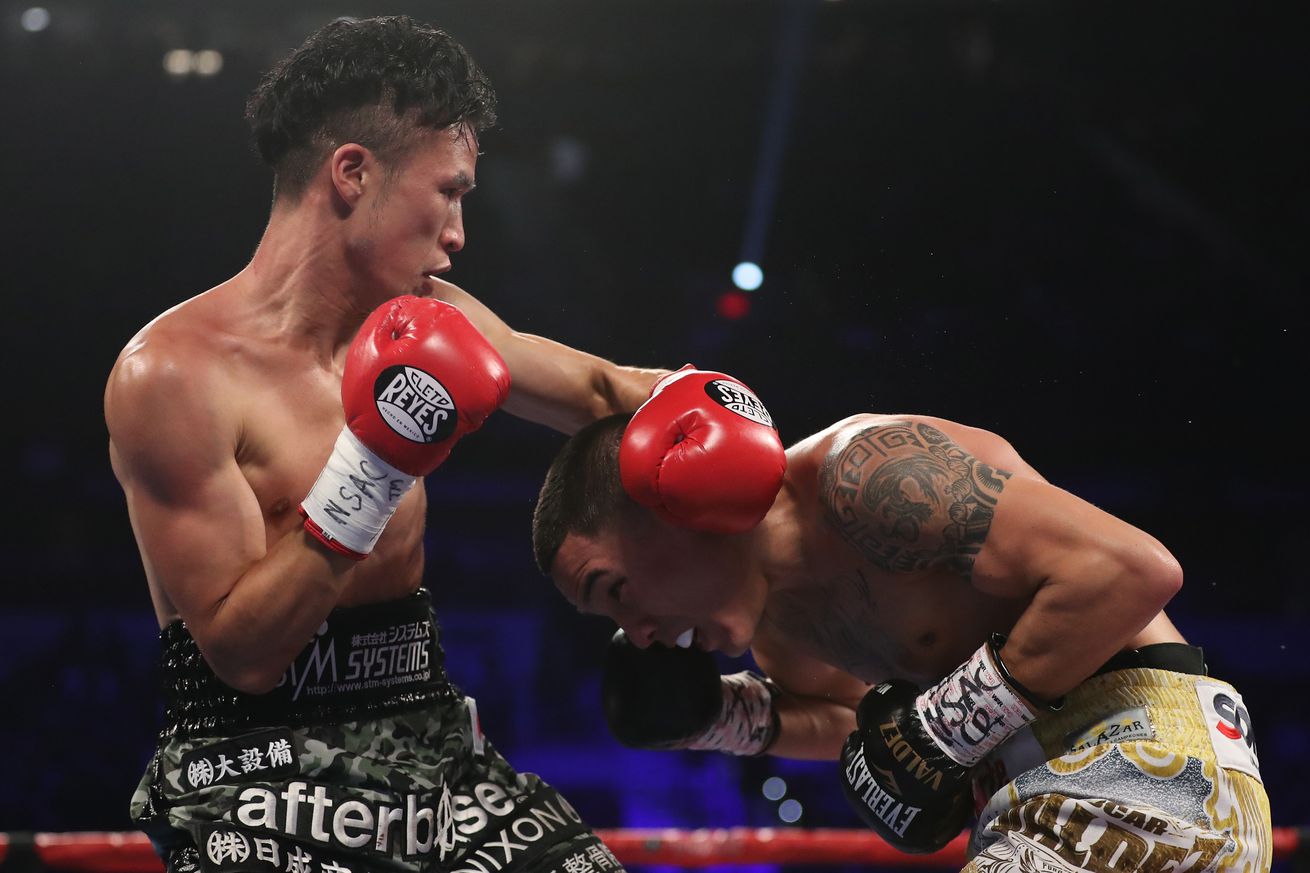 Osawa challenged Oscar Valdez for the WBO title in 2016

China’s sole reigning beltholder, WBA “world” featherweight champion Xu Can, will see his next mandatory determined when #1 contender Hiroshige Osawa faces #2 Hector Garcia. As always, the two have 30 days to negotiate before going to a purse bid, and if one or the other declines, the next-highest contender in the rankings will get the call.

For those curious, Michael Conlan is #3, followed by Tomoki Kameda and Tomas Rojas.

Osawa (36-5-4, 21 KO) rode a 16-fight unbeaten streak into his first title shot against Oscar Valdez in 2016, which saw him battered into submission in seven. He’s 6-1 since, the only loss a split decision to former super bantamweight champion Shun Kubo.

Garcia (12-0, 9 KO) represented the Dominican Republic as a bantamweight in the 2016 Games, where he lost a questionable decision in the Round of 32 to Dzimitry Asanau. His latest and most notable pro victory came against three-time Tajikistani Olympian Anvar Yunusov, whom Garcia beat by split decision last July.