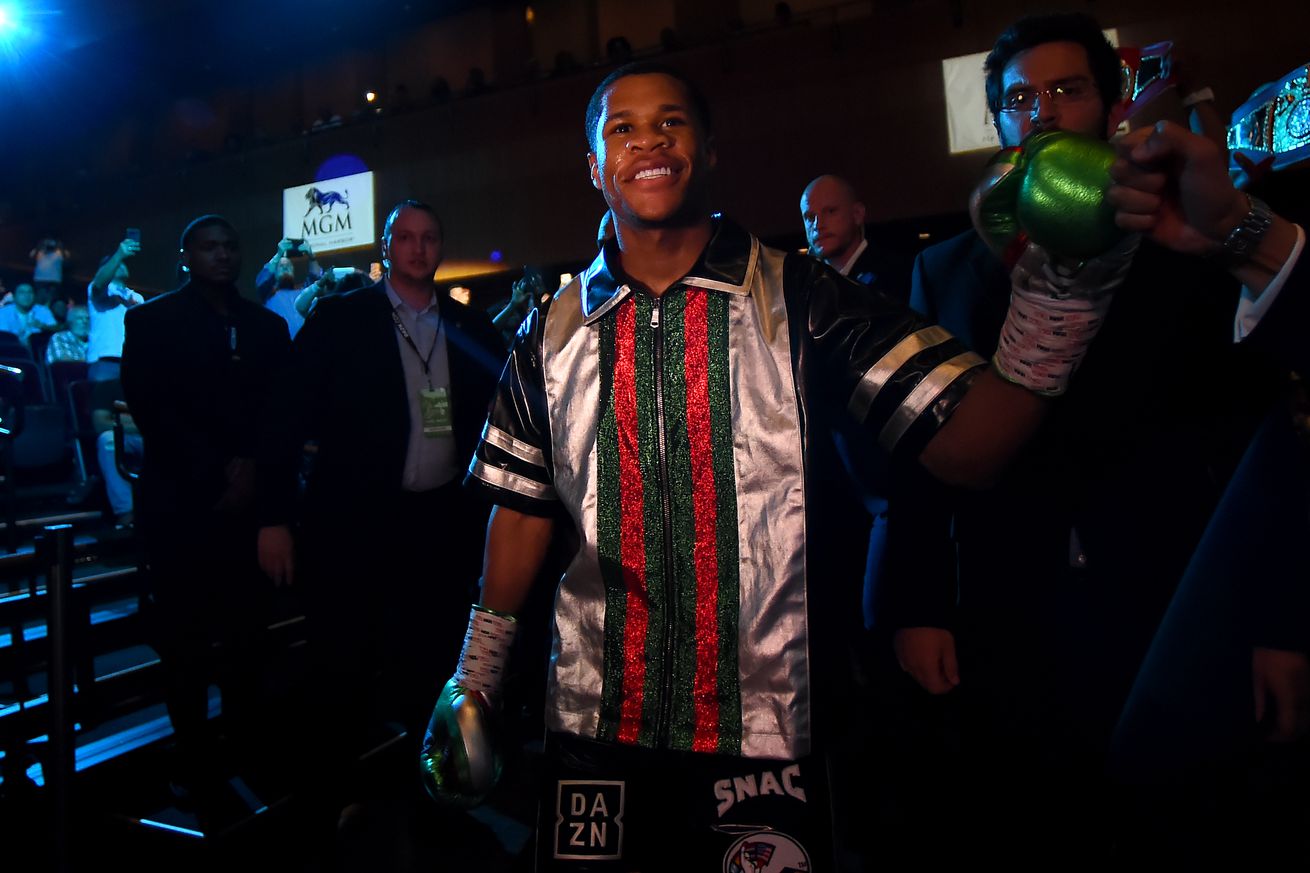 Some good news for Devin Haney after a rough start to the week. After reviewing his request, the WBC has officially reinstated him as lightweight champion and granted him a voluntary defense upon his return to action. In exchange, he must then fight the winner of the previously ordered Javier Fortuna vs. Luke Campbell clash, which will now be for the interim title.

Haney (24-0, 15 KO) claimed the interim title last September with a dominant thrashing of then-unbeaten Zaur Abdullaev; the WBC then upgraded him to world champion after saddling Vasiliy Lomachenko with the “franchise” belt, leading to an inaugural defense against Alfredo Santiago two months later. Haney was then named champion in recess as he recovered from shoulder surgery, while the aforementioned Fortuna and Campbell got the call to fight for the now-vacant title with the expectation that the winner immediately face Haney upon his return.

Frankly, this is how the WBC should have gone about things in the first place. Well, they should have kept Haney the interim champ and bonked Mauricio Sulaiman in the head with a cricket bat until he gave up on the whole franchise thing, but eh. Stupid situation resolved, more or less.