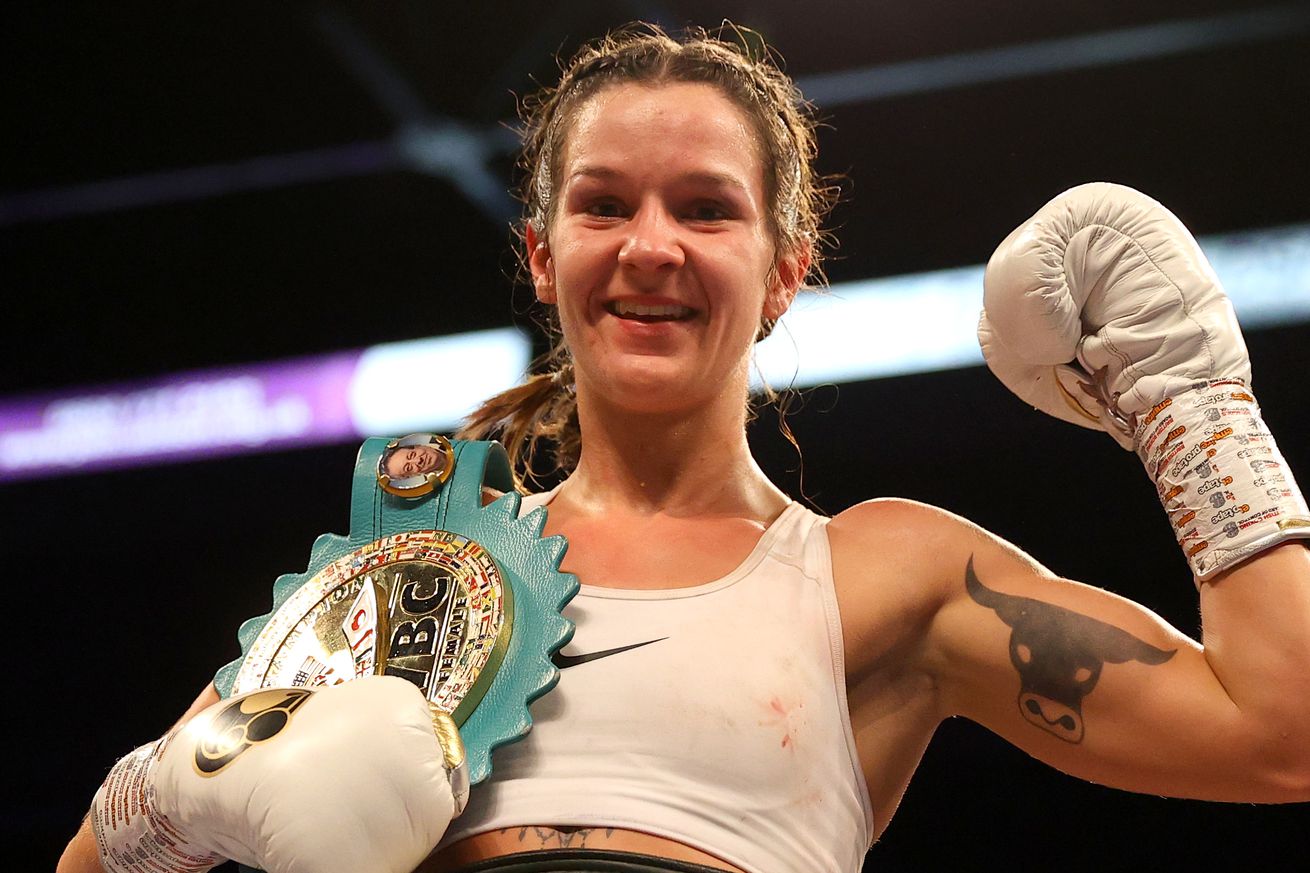 Thanders has been Harper’s mandatory since November

While Mikaela Mayer vs. Ewa Brodnicka will delay WBC champ Terri Harper’s bid for super featherweight unification, the 23-year-old isn’t short on challengers. The sanctioning body has ordered her to face interim champion Katharina Thanderz, whose mandatory status they “enforc[ed]” at their recent virtual convention.

Thanderz (13-0, 2 KO), whose nickname I’ve sadly discovered is “Katy” and not “Truck,” has fought entirely in Norway and Spain throughout her four-year career and took a split decision over Brazil’s Danila Ramos to claim the belt last November. She also sports a majority decision over Rachel Ball that’s aged nicely, especially since Thanderz broke her hand in the fourth round.

“I feel that I can finally prove to everyone that taking that step was worth it, and that sometimes patience, endurance and hard work are the key to succeed,” said Thanderz. “It’s for sure one of the biggest dreams that I’ve had, and I feel more than prepared.

“I know it will be a tough fight. We’re on a certain level now that nothing is really easy. We’re both very good fighters, each of us have our own qualities and both of us will be willing to do everything to win. It will be a very competitive and physical fight from the start to the end.

“Nothing would make me happier than becoming Norway’s next World Champion,” continued the 32-year-old from Oslo. “It will be a great opportunity to make my country proud, to represent Norway in the ring, and show the world some real Viking power!”

According to the press release, “Team Sauerland have entered negotiations with Matchroom Boxing for the fight with further news released shortly.”