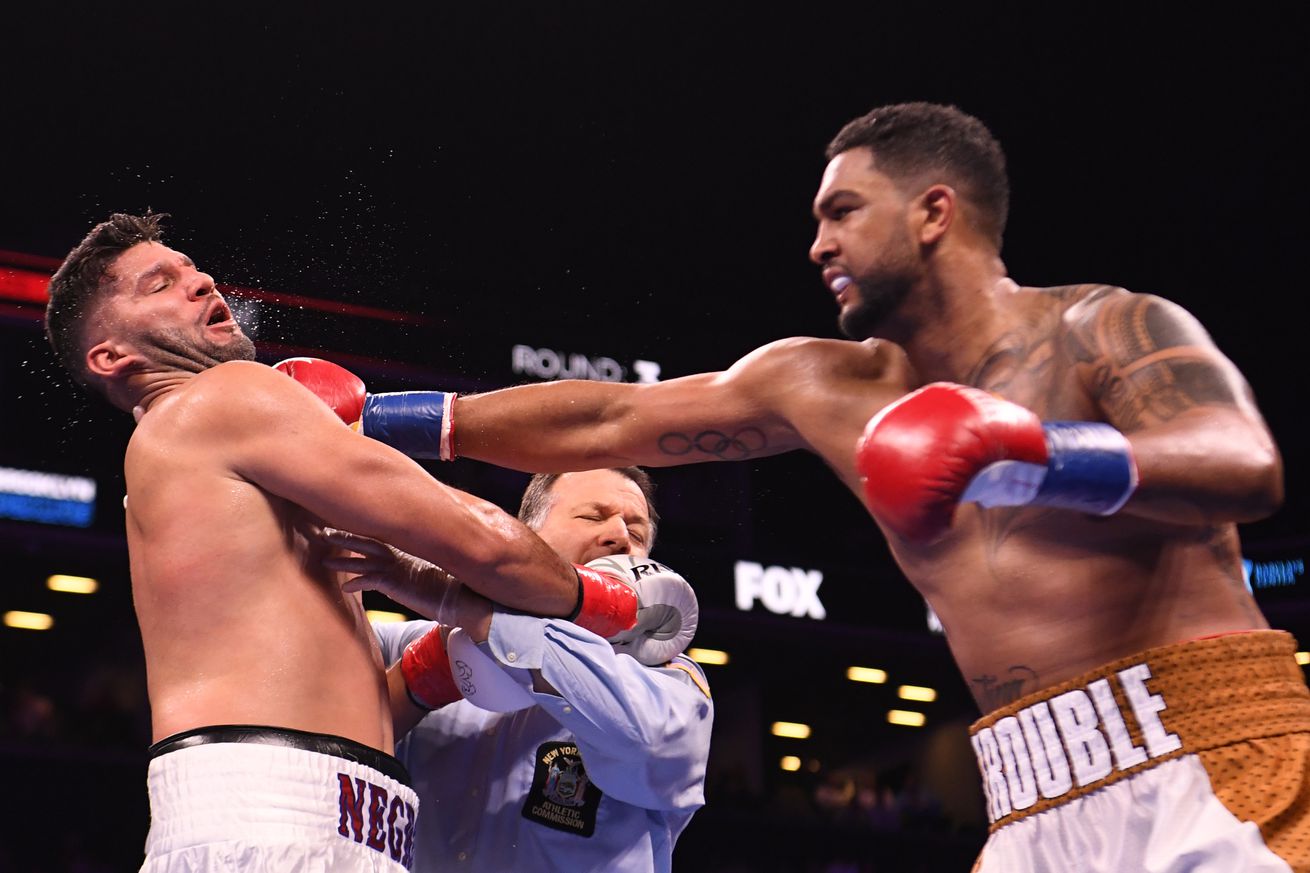 Breazeale has been his mandatory challenger since November of 2017

It looks as though Dominic Breazeale’s long stretch as an unfulfilled mandatory will come to an end in the near future. Already the frontrunner to fight Deontay Wilder on May 18th, the WBC has added some official weight to his candidacy by ordering Wilder and Breazeale to begin negotiations. They have until April 4th, after which a purse bid will be set.

It’s actually a pretty well-composed press release, laying out the timeline since Breazeale (20-1, 18 KO) took out Eric Molina for the mandatory spot. He’s fought just once in that span, a beatdown of Carlos Negron while the Wilder-Fury-Joshua triangle tried to sort itself out. When Wilder-Fury II looked imminent, the WBC ordered him to fight Dillian Whyte, but that appears to be off the table.

I’d wager few give “Trouble” much of a shot against Wilder (40-0-1, 39 KO), but it’s good to see him finally get his shot. And it should be entertaining while it lasts, at the very least.