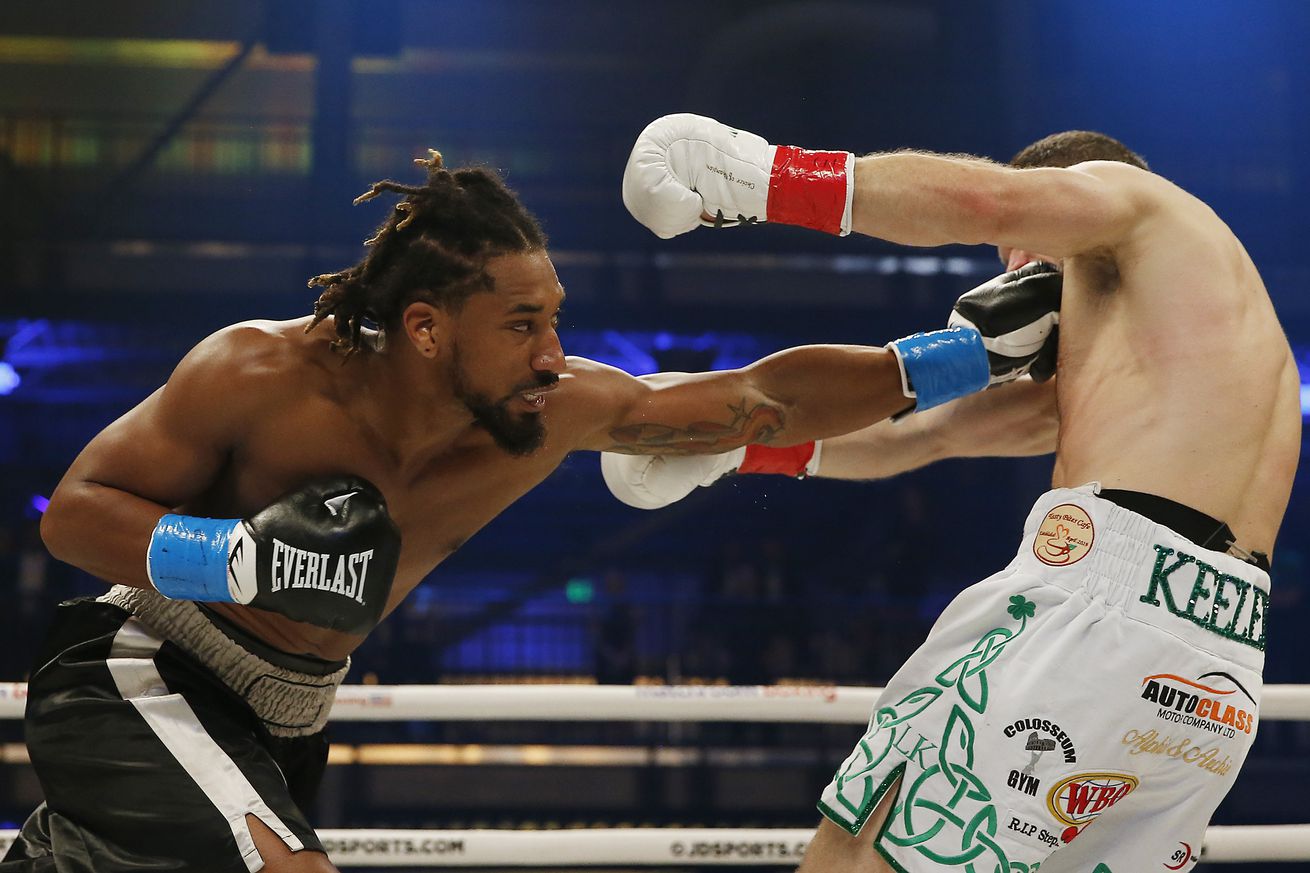 Andrade (29-0, 18 KO) was slated to challenge Billy Joe Saunders for the belt shortly after beating Alantez Fox in his divisional debut, but controversy over a failed drug test led to a vacant title bout between Andrade and unheralded Walter Kautondokwa. Andrade wound up dropping him four times and cruising to three successful title defenses, including a dominant decision over Maciej Sulecki and a one-sided rout of Luke Keeler.

Williams (22-2-1, 17 KO) figures to be a far more daunting challenge. “The Machine” has been on the warpath since a pair of controversial losses to Liam Smith, racking up six consecutive knockouts against the likes of Mark Heffron, Karim Achour, and the aforementioned Fox in a December eliminator.

It’s not the unification Hearn (and, I assume, the general public) wants, but it’s a very solid fight between a still-unproven champion and a deserving contender. Hope it doesn’t wind up competing with anything.