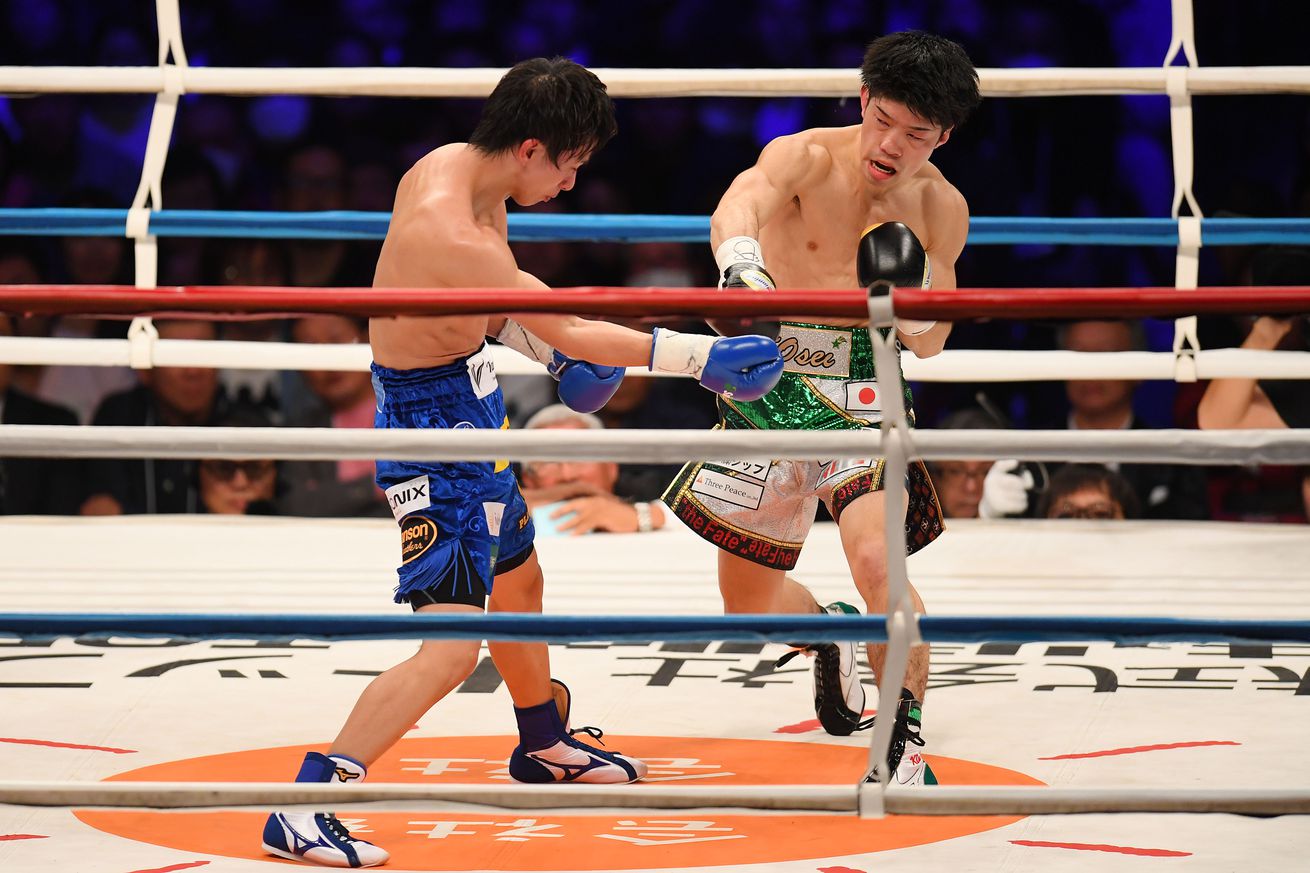 The fight will be Tanaka’s second title defense

One of the most entertaining champions in the sport, WBO flyweight titlist Kosei Tanaka, has been ordered to face #1 contender Jonathan Gonzalez. The two sides have 30 days to negotiate, after which a purse bid with an $80,000 minimum will be held.

You may remember Puerto Rico’s “Bomba” Gonzalez (22-2-1, 13 KO) from the time he got thrown to the wolves against Giovanni Segura in 2013. He’s won nine of his last 10, the run marred by a knockout loss to Jobert Alvarez in 2016, and most recently knocked out former title challenger Juan Alejo in November.

Gonzalez’s shaky jaw and Tanaka’s relentless offense bode ill for the challenger. Here’s hoping we get some unification going once the mandatory obligations are out of the way.