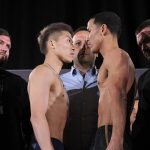 GLASGOW, Scotland — It doesn’t get much better than this.

Pound-for-pound star Naoya Inoue and IBF bantamweight titleholder Emmanuel Rodriguez will throw down for the vacant Ring Magazine 118-pound championship and a place in the final of the World Boxing Super Series at the SSE Hydro on Saturday.

On Friday, they met at the official weigh-in and both men looked to be in excellent fighting shape.

Rodriguez, who is rated No. 3 by The Ring, weighed in at 117.7 pounds. The Puerto Rican boxer-puncher is a huge underdog, but you should never write off quality in this game. Rodriguez, who is coming off a 12-round split decision win over the previously unbeaten Jason Moloney in October, has all the moves and he’s the naturally bigger man.

“We’re in good condition, we know he is too, and all I can tell you is I will continue to be IBF champion of the world (after this fight),” said Rodriguez (19-0, 12 KOs).

Inoue, who is rated No. 1 by The Ring at bantamweight, also weighed in at 117.7 pounds and wore his customary poker face throughout. The heavy-handed Japanese star will be making his U.K. debut in this fight and is looking to make a big statement. Last time out, “The Monster” annihilated former titleholder Juan Carlos Payano in just 70 seconds. 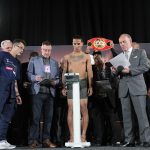 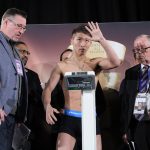 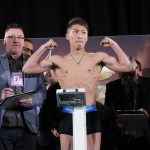 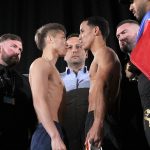 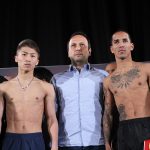 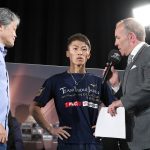