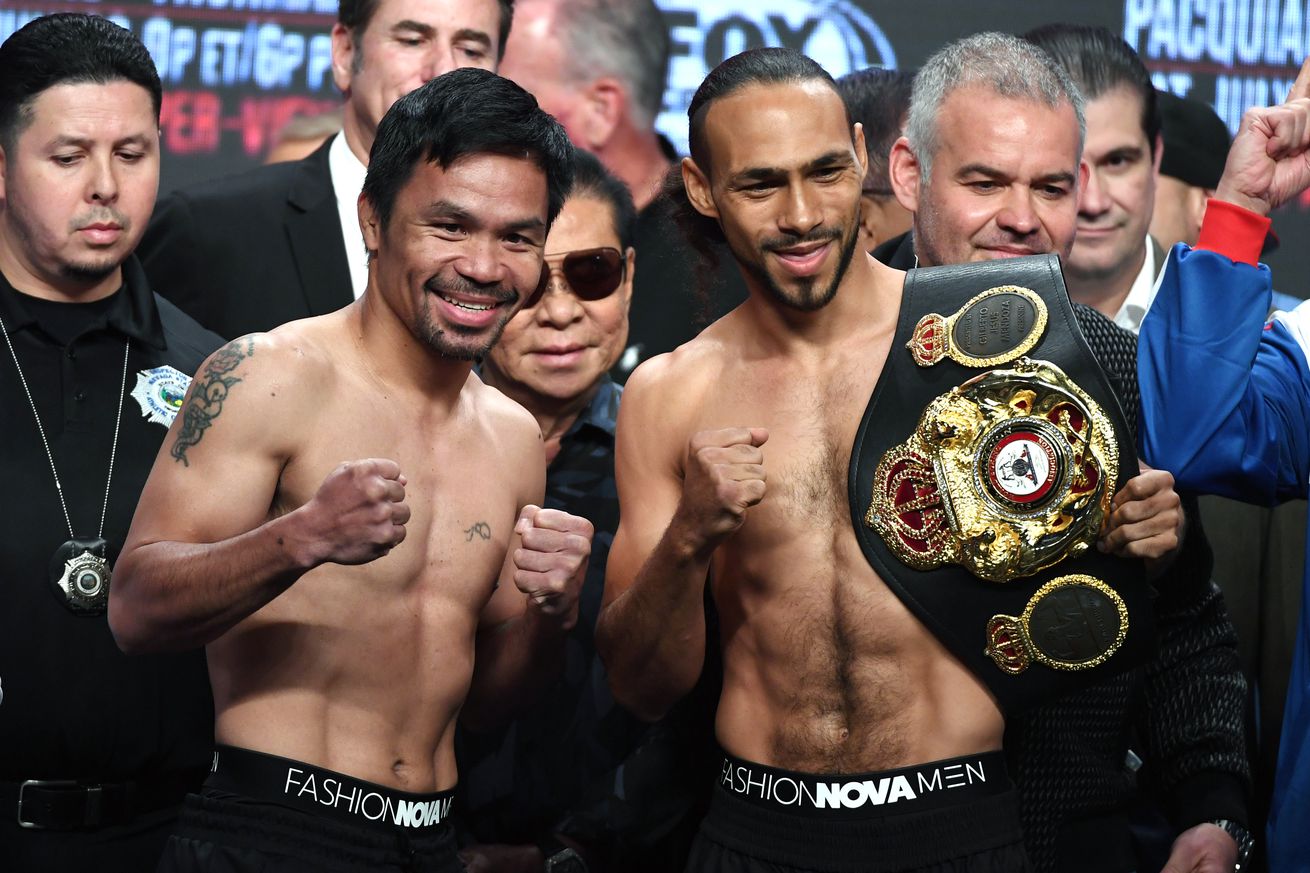 Manny Pacquiao and Keith Thurman both made weight today in Las Vegas, and tomorrow night’s FOX pay-per-view main event for the WBA welterweight title is good to go.

So the main event is good to go.

The bantamweight fight between Luis Nery and Juan Carlos Payano will go on, surely, but Nery did weigh in a half-pound over the limit at 118½.

On the FOX prelims, airing at 7 pm ET before the PPV starts at 9 pm ET, Caleb Plant (168) and Mike Lee (167) made weight for the IBF super middleweight title fight, and heavyweights Efe Ajagba and Ali Eren Demirezen weighed in at 242 and 247½, respectively.

One thought on “Weights: Pacquiao-Thurman set for Saturday”