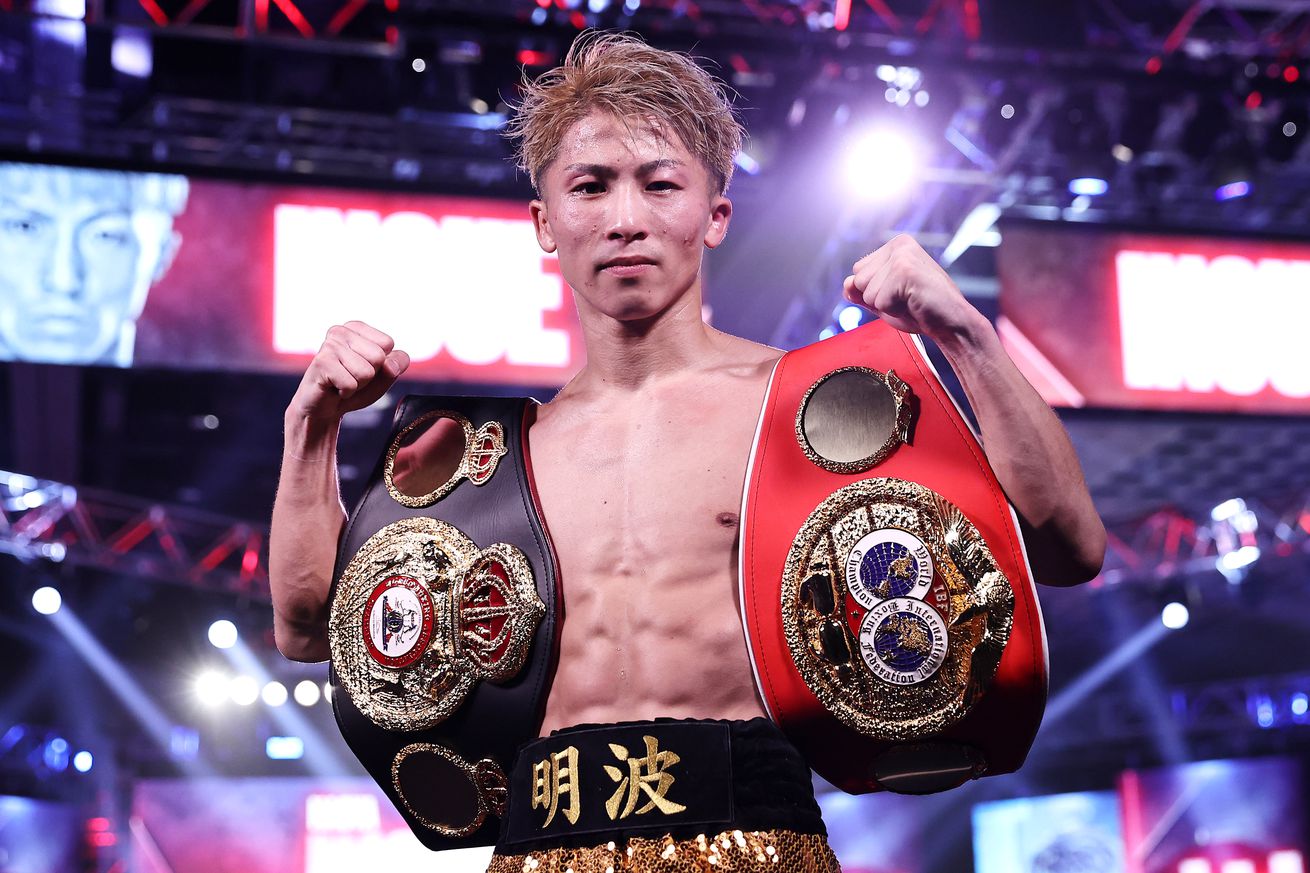 Naoya Inoue did what he usually does on Saturday, so what’s next?

Naoya Inoue’s Top Rank debut on Saturday night went more or less as most expected, as he dominated and knocked out Jason Moloney to retain the WBA and IBF bantamweight titles, and secure his spot near the top of most pound-for-pound lists.

At 27, Inoue (20-0, 17 KO) has won world titles at 108, 115, and 118, and successfully defended at least once in each class, unifying two belts at bantamweight. Japan’s “Monster” has gone from a cult favorite to a legitimate standout elite fighter in boxing, with a fan base that will only get bigger if he keeps getting main event wins on ESPN platforms in the United States.

So what’s next? There are some intriguing ideas, as there always are.

This is the fight we were supposed to get in the spring for Inoue’s Top Rank debut, a three-belt unification with Casimero, who holds the WBO bantamweight title. We know very well that Casimero still wants it, as he said a month ago that Inoue is scared of him, after Casimero beat Duke Micah easily on the Charlo brothers pay-per-view.

Frankly, I don’t think Casimero (30-4, 21 KO) truly believes Inoue is scared of him, but the 31-year-old Filipino does not lack for personality or confidence, and for good reason. Rather quietly, he’s had a great pro career, winning world titles at 108, 112, and 118. He’s had some setbacks, sure, but he’s a good fighter with legit power still at bantamweight; since fully moving up to the weight in 2019, he’s stopped five straight opponents, including then-WBO titlist Zolani Tete.

Inoue-Casimero was a good idea several months ago when it came up, and it’s a good idea now. It figures to be a very exciting fight for as long as it lasts, and I think there could be some fun build-up, too, as Casimero is a real character.

The 34-year-old Oubaali, a southpaw from France, doesn’t just have the belt making him a good opponent for Inoue, and it’s not just that he’s a really good fighter, highly underrated in general. He also beat Naoya’s brother Takuma Inoue on the Inoue-Donaire undercard in Nov. 2019, and you can sell something of a “revenge” angle there.

If Donaire, who turns 38 in a couple of weeks, comes out the winner in December, the rematch with Inoue is kind of a no-brainer in some respects. I don’t think many would expect Nonito to do as well against Inoue as he did the first time, as he’s just a little older and would probably be coming off of another tough fight with Oubaali, but they did have the clear 2019 Fight of the Year, a genuine instant classic. And the respect Inoue and Donaire share for one another makes another meeting compelling, too. It was gentlemanly boxing war — before, during, and after, and that’s something you can market, too, if done right.

Rigondeaux (20-1, 13 KO) is a PBC fighter and didn’t have the best break with Top Rank years back, and the last time they did business with him (which was post-break) he quit against Vasiliy Lomachenko, so they may be hesitant to give him another payday.

But, the 40-year-old Cuban really is still an interesting potential opponent for Inoue, or at least I think so. The amateur legend from Cuba fought Lomachenko at 130 pounds, for one thing, which is definitely not Rigondeaux’s weight; in fact, after spending his entire pro career at 122 before fighting Lomachenko, he’s just moved down to 118 in his last fight, and he was successful if not exactly thrilling in a win over Liborio Solis.

Rigo is, in fact, rarely what you’d call “thrilling,” which is a knock against the idea, but when he fought Julio Ceja in June of 2019, he engaged a lot more, in part because Ceja made him. It was a really good fight, and Inoue has the sort of style that would probably make the old guy have to sit down and trade more. Rigondeaux’s laser left hand is still no joke at all, and his timing with it — even as an old guy — has made plenty of opponents freeze up and get seriously hesitant over the years. He also has the WBA’s secondary “world” (“regular”) title via win over Solis, which doesn’t make for a unification since Inoue has the real WBA belt, but Rigondeaux is a contender at 118 right now.

Ancajas (32-1-2, 22 KO) fights at junior bantamweight right now, but he’s under the Top Rank banner and frankly hasn’t been doing much of note at 115 despite holding the IBF title since 2016. He’s had a solid run, mind you, but his recent performances and/or opponents have been criticized, and he’s shown no particular interest in jumping into the mix with guys like Juan Francisco Estrada, Srisaket Sor Rungvisai, or Roman “Chocolatito” Gonzalez.

If Ancajas doesn’t seem keen on facing those guys at 115, it seems unlikely he’s itching to fight Inoue at 118, but it’s an in-house fight and worth at least a quick mention.

The idea at least has to be mentioned, too, because ideas are somewhat thin at bantamweight. If there’s no further unification that can be made at 118 for whatever reason, then what does Inoue do at that weight if an Ancajas type didn’t move up in weight? Fight Oscar Negrete or Mike Plania or somebody? Top Rank probably want a better fight than that, with respect to those guys.

But moving up to 122 might not work, either. Murodjon Akhmadaliev (8-0, 6 KO) holds the same WBA/IBF belt combo at that weight that Inoue does at 118. The WBC titlist is Luis Nery and the WBO titlist is Angelo Leo, both are with PBC in full. I don’t think Inoue would be dying to go up to fight someone like Carlos Castro or Christopher Diaz, but you never know. Boxing’s a weird old sport.

What do you want to see Inoue do next?