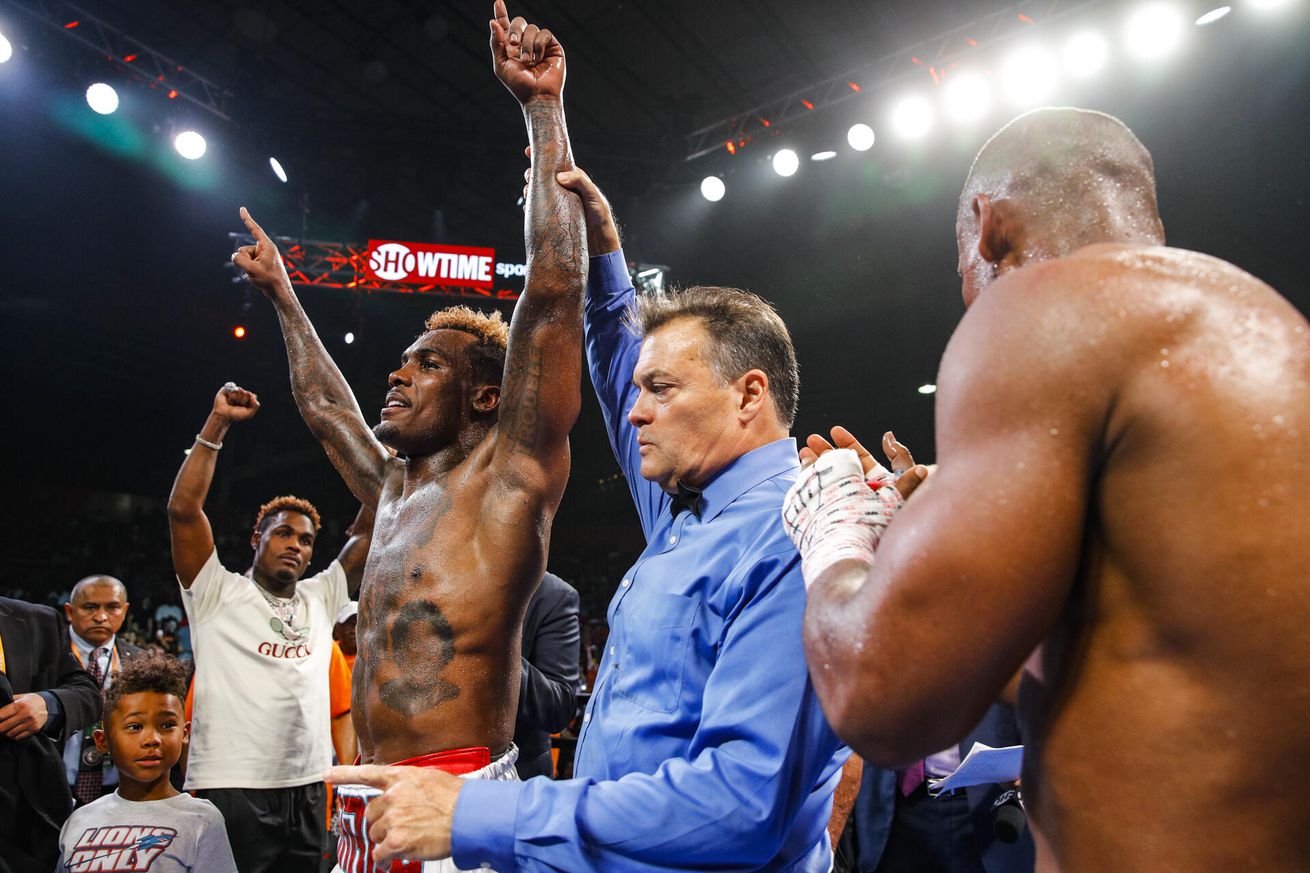 Jermall Charlo has a belt, but politically he’s in a tough spot at middleweight.

Jermall Charlo is still unbeaten and still has the WBC middleweight title — we’ve been over the questionable nature of this, it is what it is — but going forward, there are big questions about his future opposition, and it’s not anything to do with him.

Politically, Charlo’s Premier Boxing Champions alignment is a real issue. Saturday’s win over Brandon Adams only came about because PBC just has nobody at 160 for Charlo to fight. They had to outbid Gennadiy Golovkin’s team just to land a fight with Adams, a fringe contender at best.

You can count Canelo out, probably. He’s looking at a potential fight at 175 with Sergey Kovalev, and even if he doesn’t do that in September, he’s going out on Sept. 14 no matter what. The turnaround would be pretty short for Charlo (29-0, 21 KO) either way, but the fact that he hurt his left hand beating Adams probably makes it highly unlikely, particularly if it’s broken.

GGG is the WBC’s No. 1 contender. Andrade has the WBO title. All three of these fighters are with DAZN. That makes a possible fight with Charlo difficult but not impossible. They’re also the three biggest fights Charlo could possibly get, which makes it a shame that they’re unlikely. If I had to pick which one is most likely, I’d say GGG.

There are a couple fighters that PBC has in-house at 160 who could be in the mix. Matt Korobov gave Charlo a solid fight on short notice in December, and one has to wonder if Charlo would be willing to fight him again. I would suspect so, actually — given proper time to prepare for Korobov’s southpaw style, he’d probably be confident.

There’s also Immanuwel Aleem, who went to a controversial draw in May with Korobov. Both are ranked by the WBC.

PBC has a lot of good fighters at 154, none likely to move up. Julian Williams would surely like a second crack at Charlo at some point, but he has to deal with a rematch with Jarrett Hurd first. Tony Harrison, the WBC titleholder at junior middleweight, will be rematching Jermall’s brother Jermell next time out. Erislandy Lara is set to face Ramon Alvarez in August.