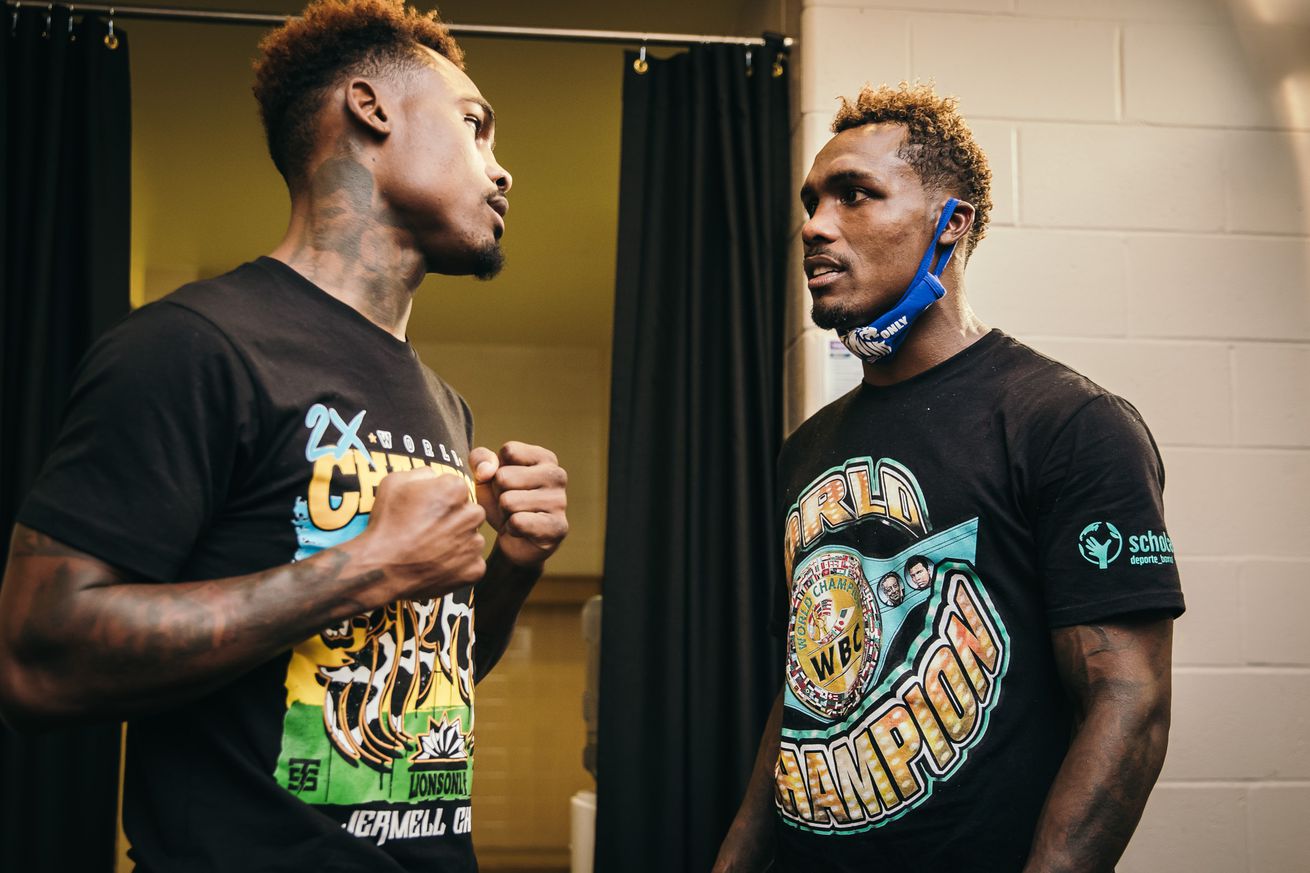 Saturday was a good night for the Charlos on pay-per-view, so what’s next?

Jermell and Jermall Charlo came into Saturday night as world titlists, considered top guys in their divisions, but both still facing some skepticism from fans. Were they really real? Really top guys?

Jermell faced less, being a two-time titleholder at 154, with only a controversial decision loss that he’d avenged blemishing his record. But after his brutal knockout of Jeison Rosario, Jermell now holds the WBC, WBA, and IBF titles at junior middleweight, and has claimed a clear spot as the No. 1 man at the weight, in what ha been an extremely turbulent division the last few years.

Jermall had more doubters, even though he’d won belts at 154 and 160. It was especially at 160, where he’d really been “elevated” to WBC titleholder after Canelo Alvarez was “elevated” to the fictional “franchise champion” status, and hadn’t faced a top opponent. But he answered questions with a really, really good win over top contender Sergiy Derevyanchenko, who has never made it easy for anyone, and didn’t make it easy for Jermall, either, though there’s little real debate over the winner.

So now what for the 30-year-old twins from Houston?

What’s next for Jermell Charlo?

Jermell (34-1, 18 KO) now has three of the four major titles at 154 pounds, and is the Ring Magazine champion. The one belt he doesn’t have is the WBO title, which is currently held by Brazil’s Patrick Teixeira.

Does Teixeira make sense? From a marketing standpoint, kind of, but two things:

Teixeira is a Golden Boy fighter, and last note was he had a mandatory due against Argentina’s Brian Castano, a fight Castano would definitely be favored to win. And Castano has fought on PBC cards before, notably going to a draw with Erislandy Lara in 2019. It might be simpler to wait for Teixeira-Castano to happen, see if Castano wins, and maybe do an undisputed fight then. At the same time, neither Teixeira nor Castano are exactly marquee names, so would Charlo really be terribly interested? Would PBC?

The other “dispute,” which is an even worse one, would come from the aforementioned Lara, who holds the WBA’s bogus “world” title, a secondary version of one of the two belts Charlo added to his collection on Saturday. Lara really might be the most stylistically difficult opponent out there for Charlo. He’s faded some, but he still makes it hard for opponents to hit him clean unless they really force a firefight, and Charlo doesn’t really force firefights. He’s not a brawler, and is usually quite patient. He will turn it up if a situation seems to need that, but Lara is still a very good boxer, and no easy out for anybody.

PBC also have most of the division’s bigger names under their banner: former titleholders Julian Williams and Jarrett Hurd, plus Tony Harrison, against whom Jermell is officially 1-1, even if most think Jermell’s stoppage win in their rematch was proof enough. A trilogy fight with Harrison may not seem super attractive, but Tony’s done better against Charlo than most have, no matter what you thought of the scoring in the first fight between the two.

Another option could be Jermell moving up to 160, but PBC have a limited stable at that weight. The top guys in the division are:

Something will definitely come up for Jermell, but he’s kind of in an odd spot where there’s no obvious fight to make, no big fight that would add up. And we’ll also have to figure out what mandatory challengers he might be ordered to deal with, if he wants to keep all those belts.

What’s next for Jermall Charlo?

Jermall (31-0, 22 KO) put in a career-best performance in out-lasting Sergiy Derevyanchenko, who struggled in spots for sure but also had his moments of success, with both fighters making adjustments in a really good fight that was competitive throughout. Just when it seemed Derevyanchenko might be too far down, he’d come up with something, and then Jermall would sort of cut that down before the momentum got too great.

Jermall’s possible big fights are a little easier to figure in some ways, but they also are as tough to figure as they were before. When Derevyanchenko took the fight with Charlo instead an offer to face Canelo Alvarez at 168 — which it turns out was probably really smart, as the Canelo fight likely wasn’t going to materialize anyway — he was sort of saving Jermall as far as giving him a really good opponent finally in the middleweight division.

Other than that, the same guys are out there at 160 as were before. And there’s no reason to break it down any more than we just did in the Jermell section. Canelo’s not fighting for the moment, Golovkin is with DAZN, Andrade and Charlo already haven’t been able to make a deal despite lots of talk, and past that you have guys like Derevyanchenko and Ryota Murata, who has a secondary WBA belt, is a Top Rank fighter, and at some point owes Rob Brant a third fight.

The most likely biggest option next for Charlo seems to be Chris Eubank Jr, who is with PBC and has the interim WBA title. By the way, whenever the WBA get around to stripping Canelo, or Canelo gets around to vacating, there is a mess waiting there, too. The obvious option would be to have “world” titleholder Murata fight “interim” titleholder Eubank, which is actually an intriguing fight, but that won’t happen. So one of them could get bumped. They each have their advantages, since it’s really about advantages and not about “deserve” here.

But forget the WBA situation. Charlo-Eubank has been discussed some already, and they shared a bill in Dec. 2019 on Showtime, which was no coincidence. Eubank has a bit of name value, is a good if inconsistent fighter, and would be seen as at least something of a threat for sure. We know Eubank wants it, but we can also guess Eubank would like to get a tune-up in soon before jumping in with Charlo, especially as Eubank has been working with a new trainer in Roy Jones Jr.

Like Jermell, there’s no totally obvious, easy answer for Jermall, but there’s a bit less chaos. If he winds up with an interim bout, you’ve got Jaime Munguia (a Golden Boy fighter), Liam Williams, and Maciej Sulecki as names that would be highest on the list. Past him you’re getting into guys like Dennis Hogan and Brandon Adams, both of whom Charlo has already beaten, and Janibek Alimkhanuly.