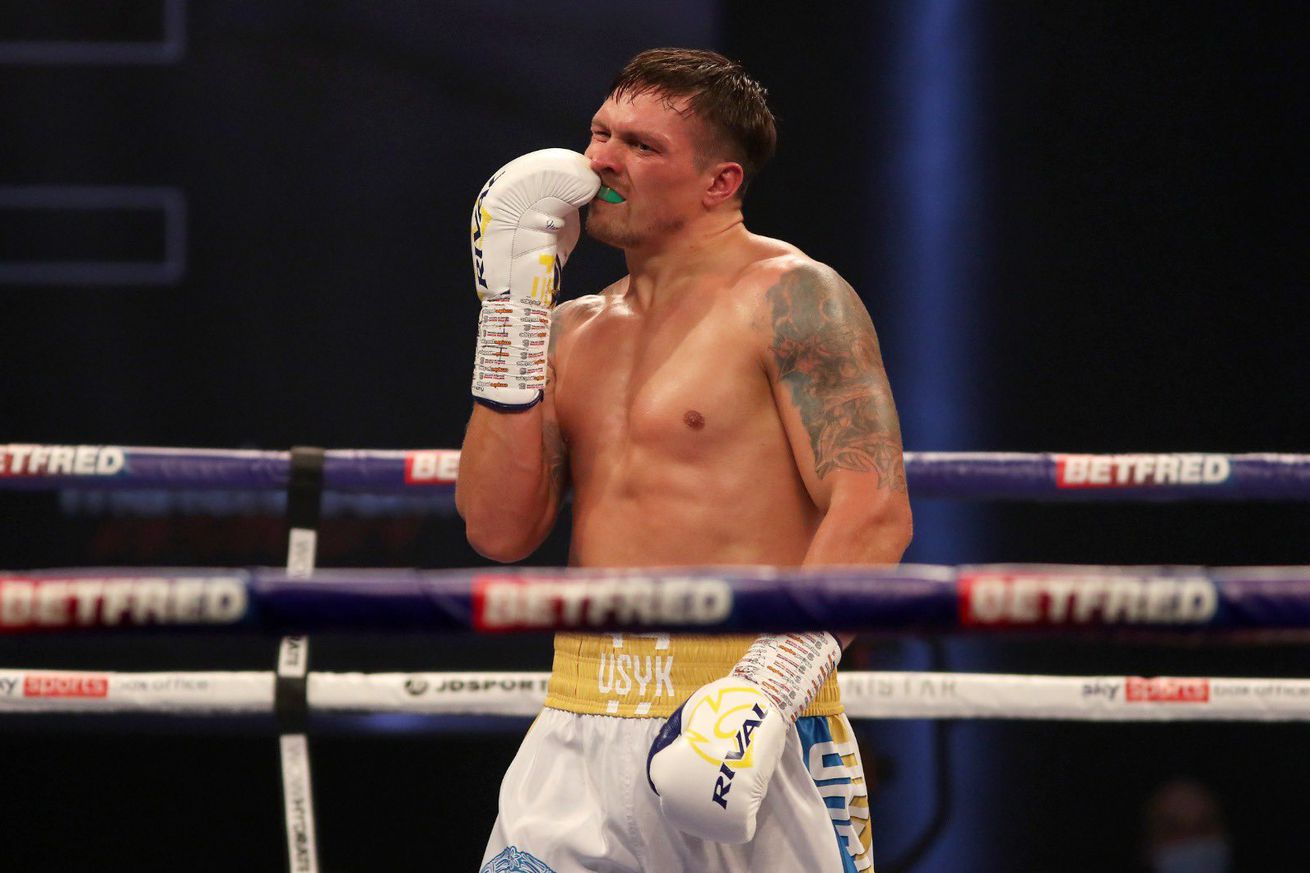 Oleksandr Usyk answered some questions, but the biggest ones are yet to come at heavyweight.

Oleksandr Usyk definitely answered some questions with Saturday’s win over Derek Chisora, but not all of them, and the biggest ones are yet to come.

Look, we know for sure now that Usyk (18-0, 13 KO) isn’t going to crumble just because a proper heavyweight hits him with some good shots. Chisora isn’t elite, but he’s a big dude — it was never clearer how much naturally bigger he is than Usyk than once they actually got in the ring — and can punch. And he came to fight, and he threw and landed some good shots on Usyk.

Did Usyk feel the shots? Obviously, yes. But Chisora felt Usyk’s, too, and the stinging combinations from Usyk seemed to wobble Chisora a bit more than he ever hurt Usyk at times.

Usually with these “what’s next?” bits on Sunday mornings we lay out several ideas, because usually there are several ideas and not a clear answer.

But the answer this time is clear. Oleksandr Usyk is the WBO mandatory challenger, Anthony Joshua has the WBO belt along with the WBA and IBF, and Usyk wants his shot.

When Usyk made the decision to move up after beating Tony Bellew in late 2018, he and his team made it very clear that they weren’t interested in a bunch of tune-up fights to “get acclimated” at heavyweight. They were confident he could win a world title at heavyweight, and they wanted to get to it.

The WBO, by virtue of Usyk having been their cruiserweight champion, named him mandatory challenger. He meant to fight Carlos Takam in a heavyweight debut, the one “acclimating” sort of fight he really intended to take. Eventually, Takam fell out and the fight went to Chazz Witherspoon on short notice. Witherspoon was no match for Usyk, but there remained doubts, just as there were before Chisora.

I think we know Usyk, who turns 34 in January, can fight at heavyweight. But how high the level? How big and powerful the opponent? Where does he meet his wall?

Joshua (23-1, 21 KO) may be that wall. While Chisora is bigger than Usyk, Usyk was taller with a reach advantage, too. That would not be the case with AJ, who is 6’6” with an 82-inch reach, compared to Usyk at 6’3” with a 78-inch reach. And Joshua is not quite so crude as Chisora, either. Joshua may not be Tyson Fury as a technically crafty heavyweight, but he’s a lot tighter in technique than “Del Boy.” He won’t exactly want to go out there and try to “out-box” Usyk, but if he can employ his jab, he can make life tough for the Ukrainian for sure. And then there’s the size, and Joshua’s superb punching power.

But Usyk wants it. He’s a man fighting for legacy and greatness. And if it’s not Joshua — say Joshua vacates the WBO belt to get a bigger money fight with Tyson Fury, just for argument’s sake — then he’ll fight someone for the vacant title.

You get the sense, though, that a guy like Usyk would rather it be Joshua, who first has to defend his belts against Kubrat Pulev on Dec. 12. Fighting Joshua would give Usyk the chance to answer the remaining questions against a superstar fighter, to really, truly make his mark.

And he wants to be undisputed, too. There’s not much easier a route to that opportunity than taking three belts in one fight, leaving just the WBC belt (currently held by Fury) to go.

It might be someone else, maybe, but we know what Usyk wants. He hasn’t been vague about any of it. For him, it’s AJ or bust as things stand now.