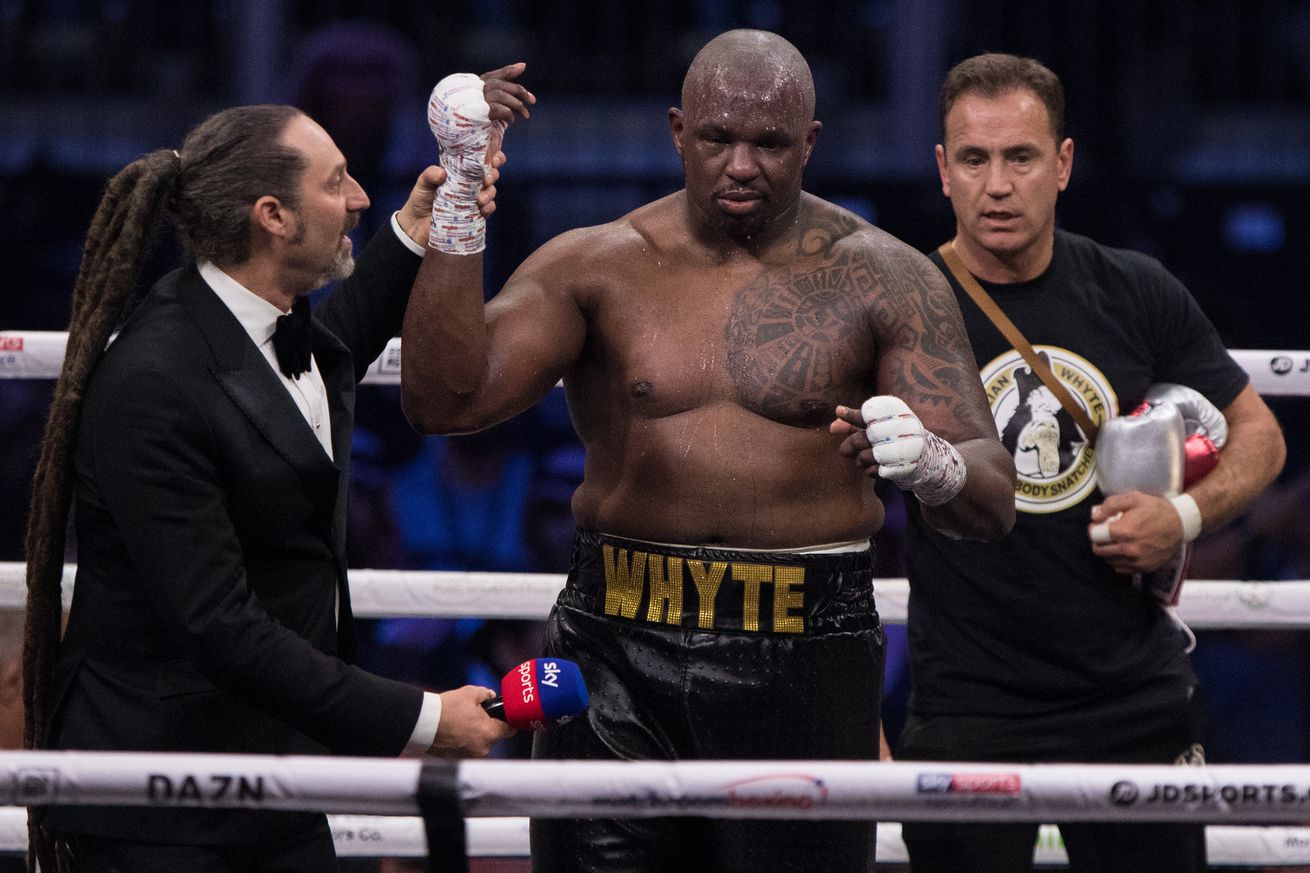 Could Haye return to action again to fight Whyte? Probably not, but probably not isn’t certainly not.

Dillian Whyte and David Haye aren’t exactly best buds, which goes back years. The two British fighters — one still active, one now comfortably retired — have had some words for some time now, and they’ve kicked up once again.

Haye, now 40 and out of the ring since his 2018 rematch loss to Tony Bellew, is also a high-profile manager for former rival Derek Chisora, who has also been a Whyte rival. Haye, who retired with a record of 28-4 (26 KO), says that he felt Whyte tried to call him out following the bad loss to Bellew in 2018, attempting to pick on “the weak guy” at the time.

But Whyte (27-2, 18 KO) says if you look back, he’d been trying to get in the ring with Haye as soon as Haye returned to action in 2016 after a three-and-a-half year layoff. Following a 2012 win over Chisora, Haye didn’t fight again until Jan. 2016, when he returned for mismatch wins over Mark De Mori and Arnold Gjergjaj, before two losses to Bellew in 2017 and 2018.

Whyte had some harsh words for Haye to Sky Sports:

“Listen, David Haye is the biggest bully in the whole of boxing. That guy has conned his way through his boxing career, ducking and dodging, and picking fights. Saying stuff and belittling people to get fights made. There’s lots of fights that he should have had that he didn’t have, even as a cruiserweight.”

The 32-year-old Whyte, who lost via knockout to Alexander Povetkin in August, was due for a rematch with Povetkin on Nov. 21, but the Russian veteran was recently hospitalized with COVID, and the new target date for that bout is Jan. 30.

As for the chances of Haye making another comeback and fighting Whyte, honestly, I wouldn’t say “never say never,” but maybe don’t say never just yet. David Haye’s an odd guy and at 40, is a year younger than Povetkin. It’s probably unlikely, as Haye seems quite comfortable with the fact that his in-ring days are over, and he didn’t end on a high note like he did when he stepped away younger in 2012. But it’s certainly not impossible. If there’s money there — and there would be some — you can’t totally count it out just yet.