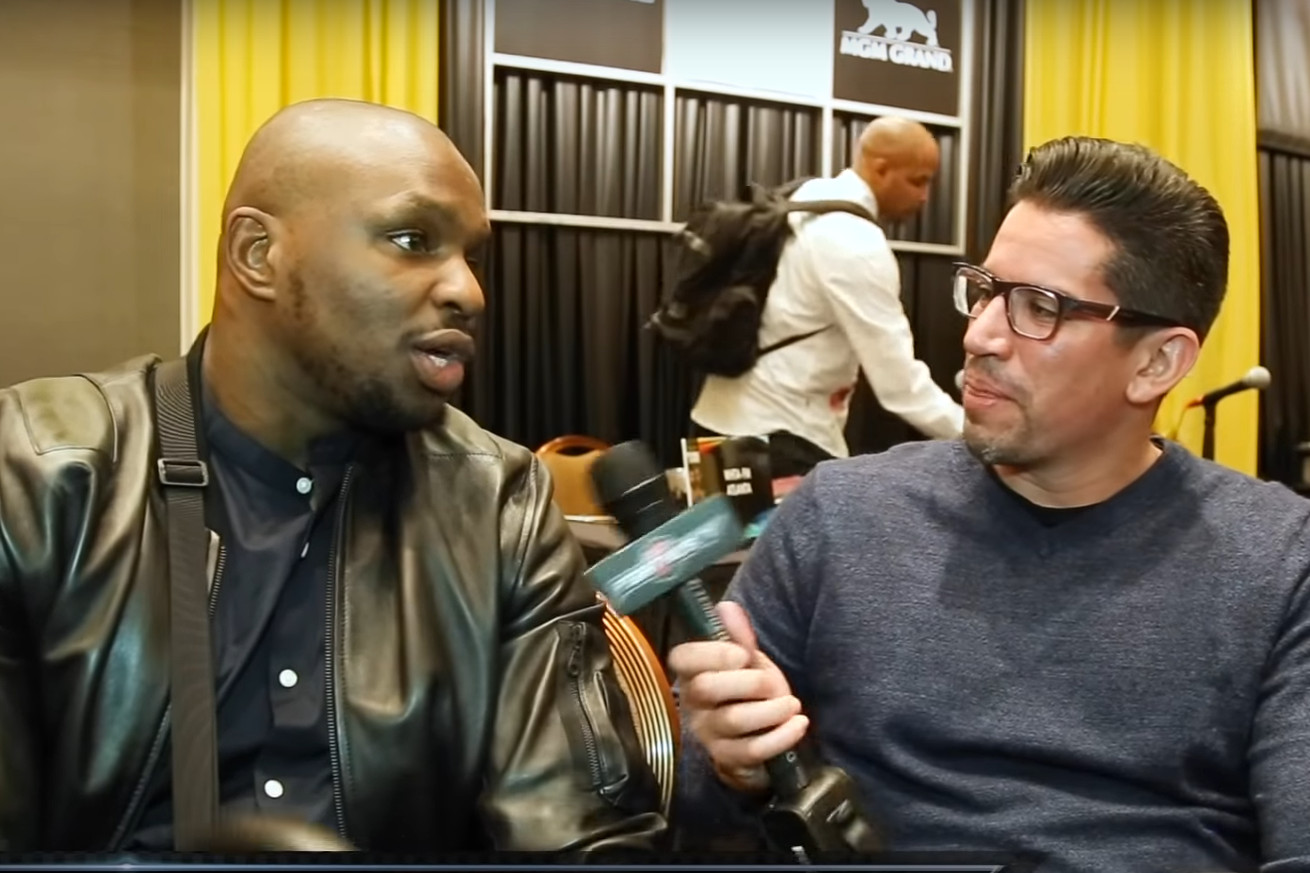 Dillian Whyte talks about some of the biggest fights in the heavyweight division.

In this video interview with Fight Hub TV, Dillian Whyte talks about what he has targeted for his next outing, why the fight between Anthony Joshua and himself hasn’t been made yet, and what he thinks about Wilder-Fury 2. Check out some excerpts below…

Whyte on what he wants his next move to be:

“You know — we don’t know, man. We’re just exploring our options and seeing what’s what. You know, we have a great relationship at home with Matchroom and Sky Sports but we need to break into American market. So, there’s lot of big American TV broadcasters so there are a lot of options…”

On if he was happy with his performance against Chisora:

“Yeah, you know, um, for me the fight was a bit of a strange one because I was working on things and trying to work on my composure — be composed. Because the first fight I got into a [brawl] with him, it was a 50/50 fight…it was a trade off. He’d throw four punches, I’d throw six. He throws two, I throw four…

“So this time I thought ‘you know what, I’m gonna control it. I’m gonna do what I wanna do,’ remain composed, hit him, tie him up, control him, let him miss, you know, take my time. Because even the first round I cracked him and he was hurt, but I knew I could’ve gone in for the finish but it wouldn’t have been a good knockout, it would’ve been a TKO stoppage. And I said the whole build up: I will knock you spark out. I’m not gonna TKO you, I’m gonna beat you up, I’m gonna make you bleed and I’m gonna knock you out. And I did exactly that…”

On being the front-runner to face Anthony Joshua and why that fight hasn’t been signed yet:

“I was thinking [I was the favorite to get that fight too] but clearly they prefer easier work in the likes of “Baby” Miller. But, again, it’s a business. Easy work is easy work. I would never turn down easy work…What danger does Miller bring to the fight apart from tripping on him and crushing him? That’s the only danger he brings…he might collapse the floor board under the ring…Don’t get me wrong, he’s a decent fighter but let’s be honest, he’s not powerful at all. He’s got a good work rate but that’s about it.

“Someone like that, that’s a fight where you think ‘okay, I’m waiting for my mandatory. However, easy defense, fairly lucrative. It’s not a big fight, it won’t get much interest, but he’s an undefeated fighter.’ You know, you’ve got to look at the landscape and pick guys off where you think ‘oh, he’s undefeated. Yeah, people will be upset but they won’t cry too much about it.’ Or you think ‘Oh, I fight Dillian Whyte: he can get into my head, he’s a hard fighter, he’s tough, and he’s motivated’ and against me he will die in the ring…You gonna take the easy money, ain’t you?! I don’t think none of these guys want to fight my unless I’m mandatory it seems like.”

On if he thinks Joshua is avoiding certain fights so that he can maximize his own earnings in the meanwhile:

“He’s just trying to make money — I get it! Why take risks if you’re not getting paid? I get it. You wanna maximize and get as much money as he can get — I get it, man. It’s a business. That’s the same way I wanna negotiate a good deal for myself, is the same thing he’s trying to do, so he needs to understand that’s a two-way street. You can’t just get a good deal for yourself and expect the other guys to get a rubbish deal. It’s a business.

On where that leaves him for his next potential opponents:

“Dominic Breazeale is making some noise. If he wants it then he can have it. He’s making some noise, I think it’s a good fight. The WBC should order me and him to fight a final eliminator for the WBC interim title and that will sort their problem.”

On the Wilder-Fury fight and who he thinks takes the rematch:

“Aw, man. That’s a great fight. I thought Fury won the first fight by two rounds. Even with the knockdown I thought he’d done enough, he outboxed Wilder. I think the rematch gonna be a very different fight ‘cause Wilder’s gonna take a lot from [first fight] and Fury’s gonna think ‘well your power is not all that, I felt it and I got up.’ And Wilder’s gonna think ‘all I need to do is touch you a couple of times on the chin and you’ll go over.’

“But Fury knows ‘I can outbox Wilder’ all day long. And the funny thing is, for me, Fury’s not a puncher and he was hurting Deontay Wilder a lot in the fight. That’s worrying. He hurt Deontay Wilder with a jab a couple of times. And Wilder should’ve steamrolled him, [Fury’s] rusty, Fury hasn’t fought in three years. You know, he fought two cabbies and come and fought Wilder. Wilder should’ve rushed him…

“I think the rematch is gonna be so cagey, man. You know sometimes these rematches, they just suck. I think this is gonna happen because Wilder’s gonna try to box and Fury’s gonna be a boxer and it’s not gonna work out. Because Wilder is gonna think ‘oh, let me show people I’ve got boxing skills.’…It might be like Fury vs. Klitschko all over again.”