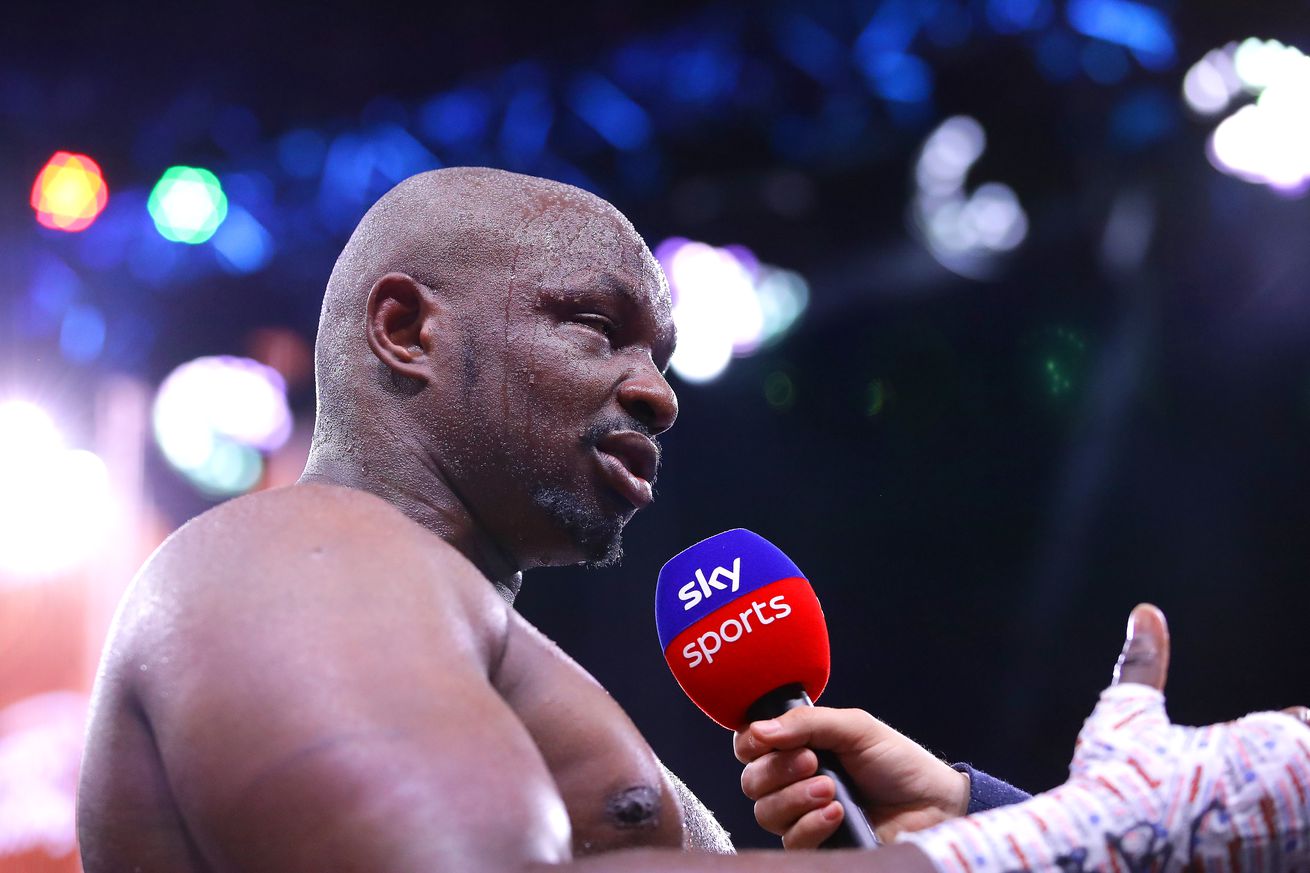 Dillian Whyte continues to take aim at some of his heavyweight contemporaries, this time telling Sky Sports that Anthony Joshua has long displayed signs of not liking to get hit and that it will present itself even more now in how Joshua fights from now on. Joshua was able to outpoint Andy Ruiz in their rematch to recapture his world titles, but he still hasn’t been able to shed the stigma from that knockout loss to Ruiz last June.

And for those critical of Joshua’s style of fighting in that Ruiz rematch, Whyte says that’s what we can expect to see from Joshua as he follows the path of other past heavyweights…

“We’ve seen this before – Lennox Lewis was an aggressive fighter on the front foot but got knocked out by Hasim Rahman, then changed his style,” Whyte exclusively told Sky Sports. “People forget Wladimir Klitschko was one of the most aggressive heavyweights for a long time, but he got done by Ross Puritty, Corrie Sanders and Lamon Brewster then changed his style.

”Joshua will be the same.

“Tall heavyweights start their careers very aggressively, but then?”

Whyte would continue to rip Joshua by saying that he just likes to talk a lot of rubbish — like when he offered to spar Tyson Fury for his upcoming Deontay Wilder rematch — and then admitted that he fought the wrong style of fight against Joshua when he himself was stopped by the champion.

Instead of trying to box Joshua and allow him to be aggressive, Whyte says he should’ve pressed the action earlier to take the fight out of Joshua, mentioning that’s exactly what he’ll do if they ever meet in the ring again.