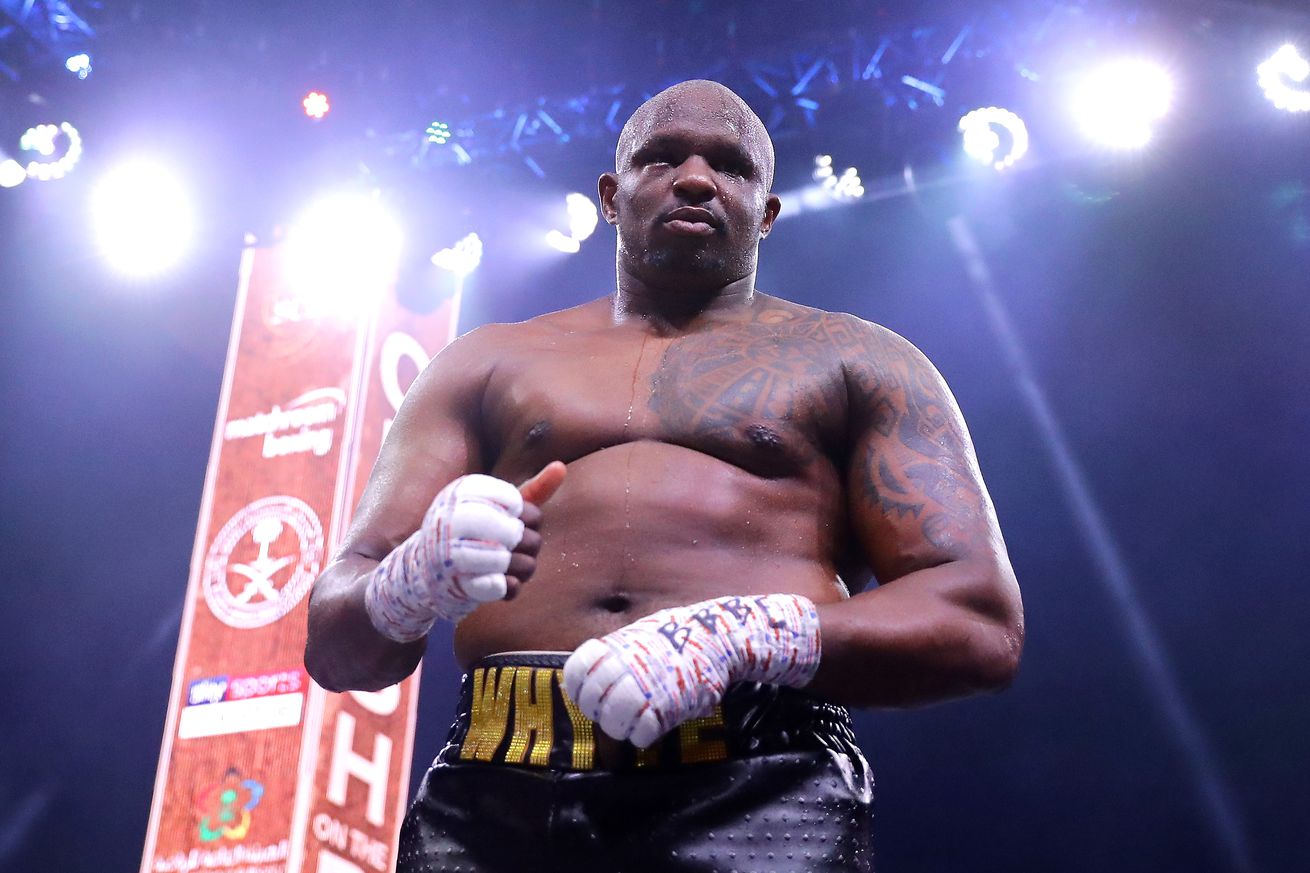 Whyte says after flooring Fury multiple times in sparring, he wants to do it for the green belt.

It’s no surprise that heavyweight contender Dillian Whyte is still unhappy with the amount of time he’ll have to wait get his mandatory shot at the WBC title, now held by Tyson Fury, and he’s now lashing out by saying that he put the beats on Fury in sparring and wants to do it in a proper fight.

“Well, me and Tyson Fury sparred and I bashed him about and dropped him on multiple occasions. Simple as that. If I was such an easy fight, why is he not in any rush to fight me? He said before beating Wilder, ‘When I beat Wilder, I’m going to give Dillian Whyte his title shot.’ He just talks rubbish. This is war, let’s go.”

But before that’s even a possibility, Fury has a contracted rematch with Deontay Wilder to get through, and should he win that third fight there will undoubtedly be the allure of an undisputed heavyweight title unification against Anthony Joshua. That alone could easily push Whyte’s mandatory title shot back nearly another year, despite WBC president Mauricio Sulaiman sort of insisting that Whyte will get his shot by his original timeline, before the coronavirus shut down the sport.

That said, let’s be real here. Unifications almost always take preference to mandatory title defenses, especially one of this magnitude, and if it comes down to Sulaiman taking a cut of Fury-Joshua over Fury-Whyte, which do you really think he’ll give the nod to?