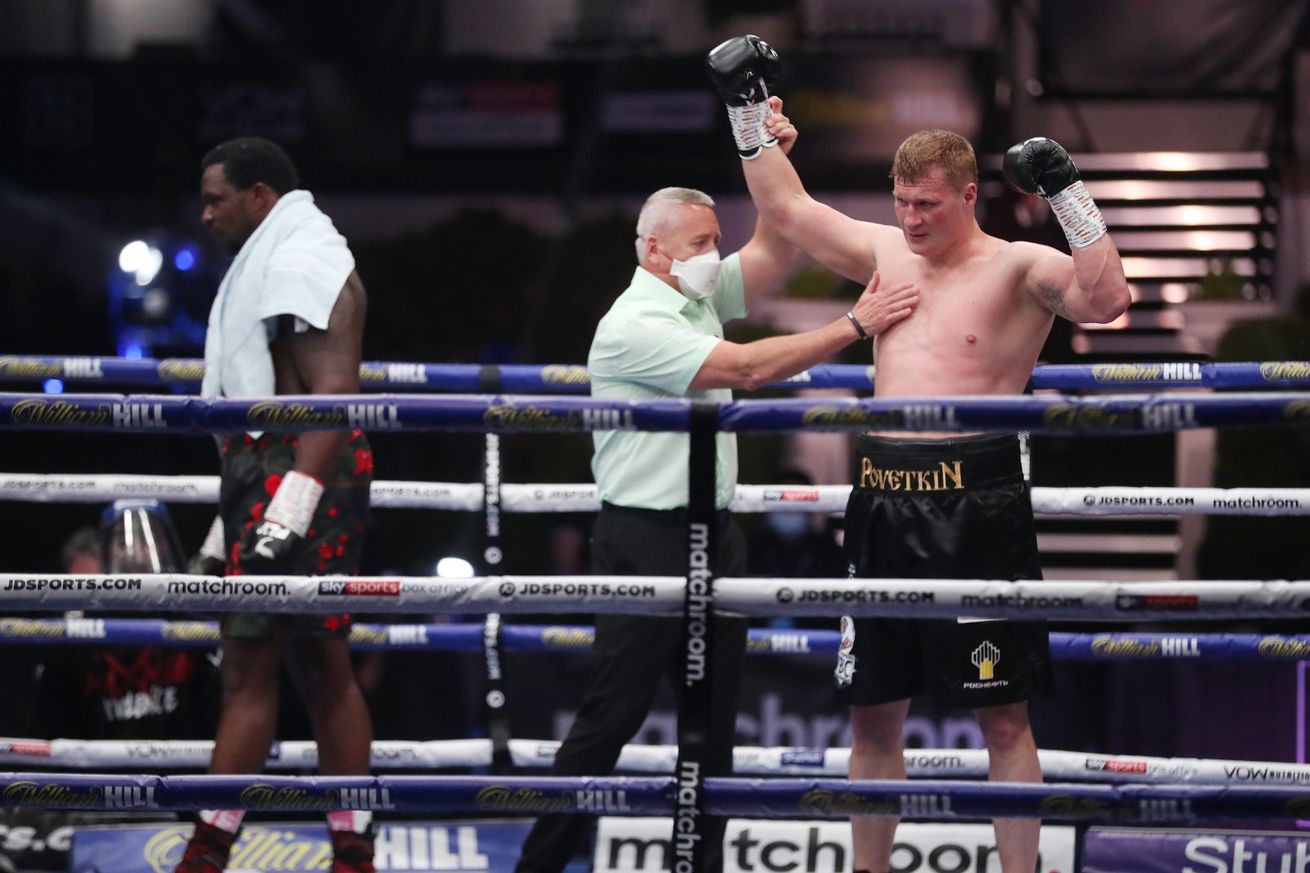 If you missed the fight, you can see the devastating knockout here.

“We’ll lick our wounds and we’ll come back, and we’ll move forward,” Hearn was saying after the bout, before Whyte appeared.

“Can we get the rematch in December?” Whyte asked, and Hearn told him that is the plan.

Asked by Hearn if he was alright, Whyte replied, “Yeah, I’m good, it’s one of them things where it just landed. I was bossing it,” which isn’t just bluster, as he’d put Povetkin down twice in the fourth round.

“It is what it is,” Whyte told his promoter. “Rematch. It’s all good. That’s what boxing’s about.”