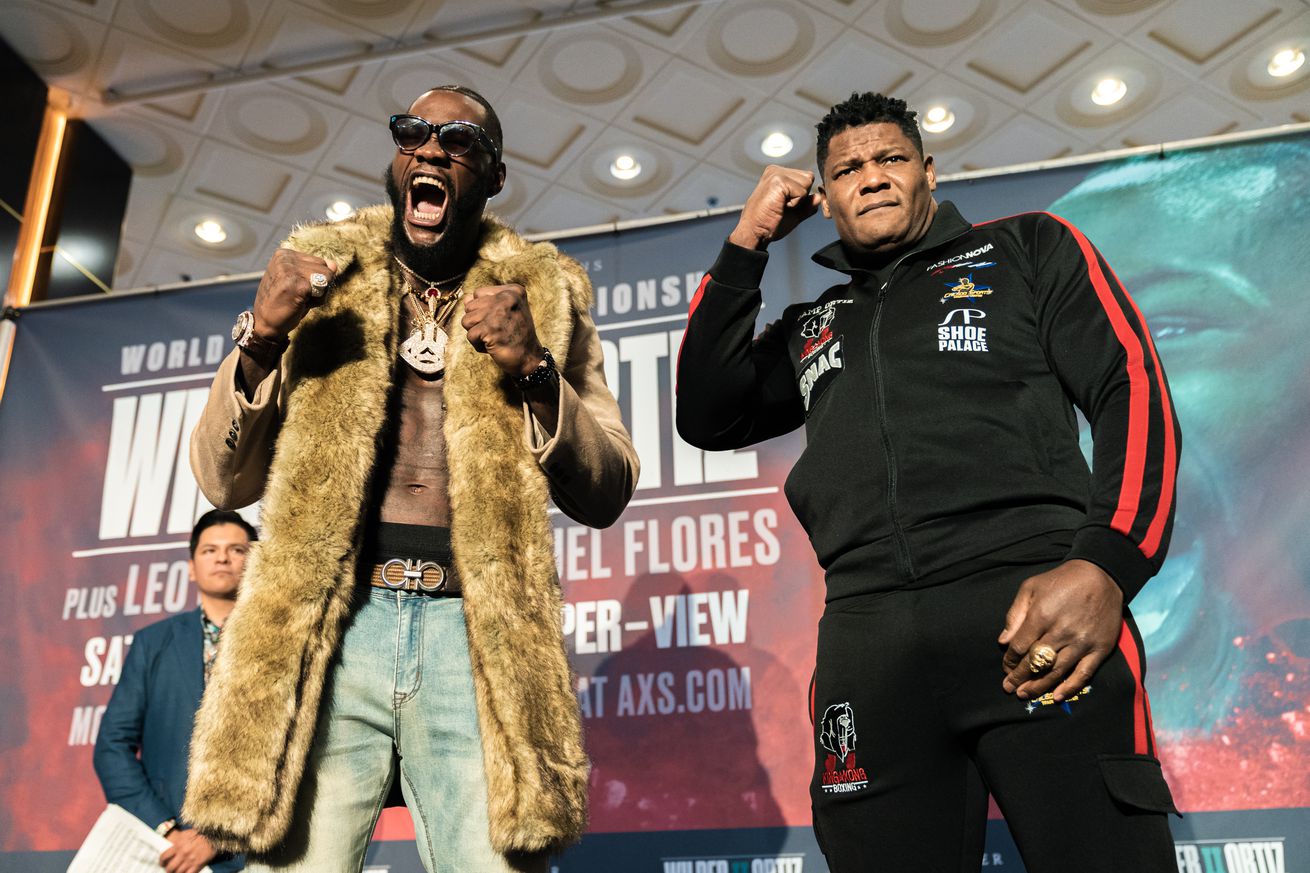 The heavyweights are in Las Vegas and ready for Saturday.

This Saturday night’s FOX PPV main event rematch between Deontay Wilder and Luis Ortiz is just a few days away now, and the anticipation picked up some on Tuesday, when the heavyweights hit the red carpet in Las Vegas for the Grand Arrivals event at the MGM Grand.

The 34-year-old Wilder has said several times that he considers Ortiz, now 40, to be his toughest challenge as a pro, and he said it again on Tuesday.

“We’re all here to see what’s going to happen on Saturday night,” said Wilder. “Even though I knocked Ortiz out the first time, it was an amazing fight. That was the fight that I was challenged the most during. I understand why none of the other heavyweights want to fight Ortiz.”

Ortiz shares respect for his opponent, considering them to be cut from the same cloth.

“Deontay Wilder is a throwback fighter like me, and we both want to fight the best,” said Ortiz. “I believe I’m the best and that’s why I’m getting this rematch. I’m focused on this fight and this fight only and doing everything to have my hand raised Saturday night.”

Wilder knows well that the big Cuban southpaw isn’t to be taken lightly, and he expects the show to be worth the price tag this weekend.

“He’s very dangerous and I blessed him with a second chance,” Wilder added. “Fans always get their money’s worth when I’m on the big stage, because people know what I’m able to do to another human being inside of that ring. I can’t wait for Saturday night.”