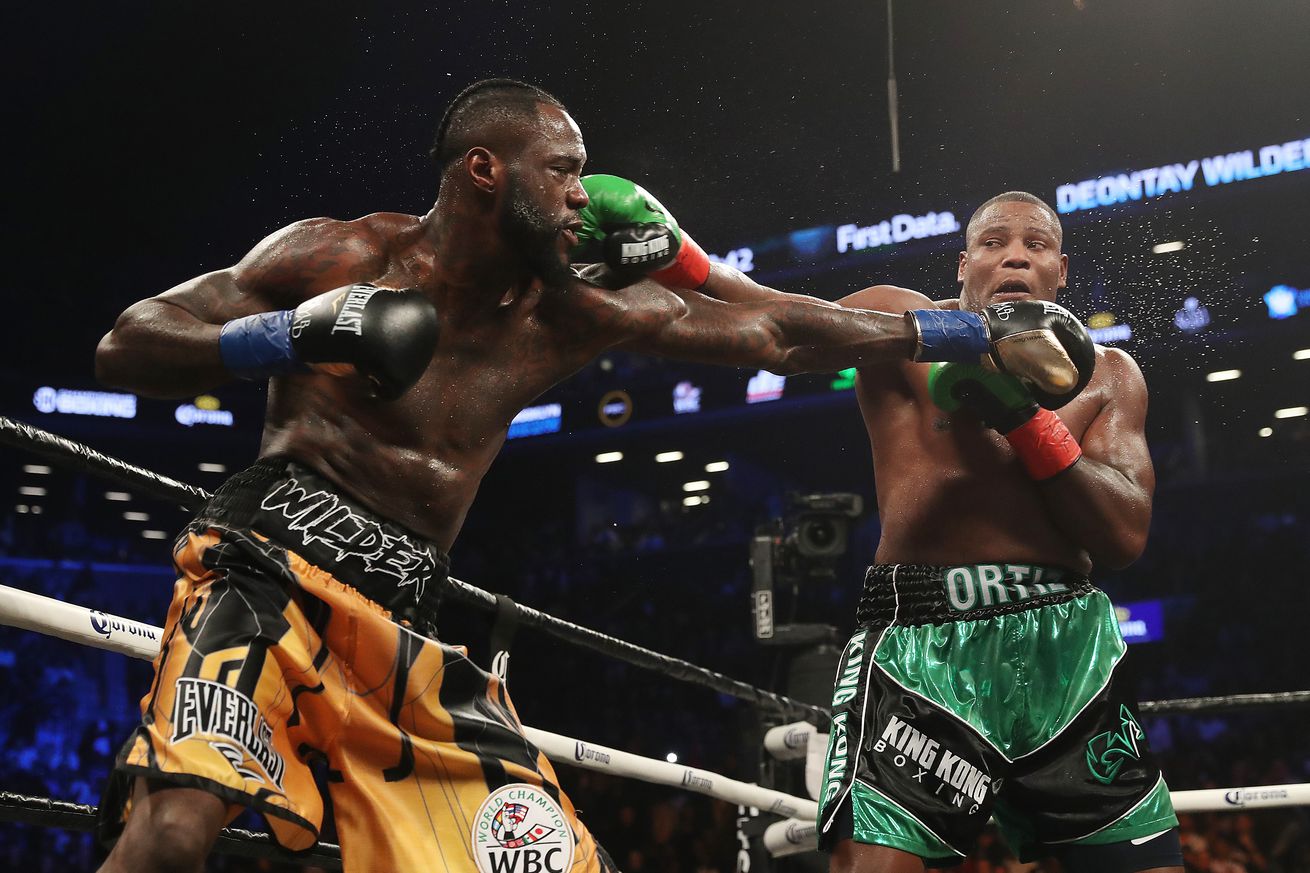 Deontay Wilder vs Luis Ortiz II has been signed.

As an update to an earlier post, Deontay Wilder has announced that he will indeed be facing Luis Ortiz in a rematch, saying the fighters have signed and that details will come soon.

To all my fans,
I want to announce that Luis Ortiz and I have signed for a rematch, with the date and site to be announced shortly.
All my controversial fights
Must get dealt with ASAP‼️#BombZquad pic.twitter.com/RZs7vLEhaj

The rumored destination is Los Angeles, and the fight is expected on Sept. 7 or Sept. 28, probably on Showtime.

Wilder (41-0-1, 40 KO) is doing his best to spin as a highly-desired fight, but it’s not, really. Wilder-Ortiz was a good fight, but it’s not what anyone wants to see at this point in time. But we all know that. He knows that. He’s well-aware. He’s been told over and over. So he’s doing what he can to make this seem it’s a fight that has to happen.

By the way, I’m not being anti-Wilder here. Anthony Joshua and Tyson Fury are not doing anything any better. The whole division is a series of disappointments this year, and given that we’ve now stretched into September, you can probably go ahead and give up any remaining hope that we’d see Wilder-Fury II, Joshua-Wilder, or Joshua-Fury in 2019, if you hadn’t done so already.

This was all expected, though. Eddie Hearn has said for a while that he’s been told that Ortiz was next for Wilder, then Adam Kownacki, who is set to fight Chris Arreola on Aug. 3. And we knew after Wilder blew up Dominic Breazeale on May 18 that Wilder’s team wanted to put together the next fight very quickly. They’ve done so. It’s what we’re getting.

All things being what they are, Wilder-Ortiz II isn’t a bad fight, but it’s not what anyone wants. It’s exactly like when we were getting fights like Pacquiao-Clottey and Mayweather-Mosley instead of Mayweather-Pacquiao. It’s not that those other fights were some horrible atrocity, it’s just that everyone wanted something else specifically.

Perhaps the worst thing to come out of that whole saga wasn’t the wait for Mayweather-Pacquiao, but the fact that when it finally did get made past its peak as an in-ring product, they still made more money on the fight that anyone’s ever made on any fight, giving the Wilder and Joshua camps especially the belief that you can just wait and wait and wait and wait and no matter what, if the public demands it once, they’ll still buy it even if it’s not what it once could have been.

So we’ve been through all this before, and you can probably settle in and prepare to wait a good while longer. Maybe 2021, y’all.