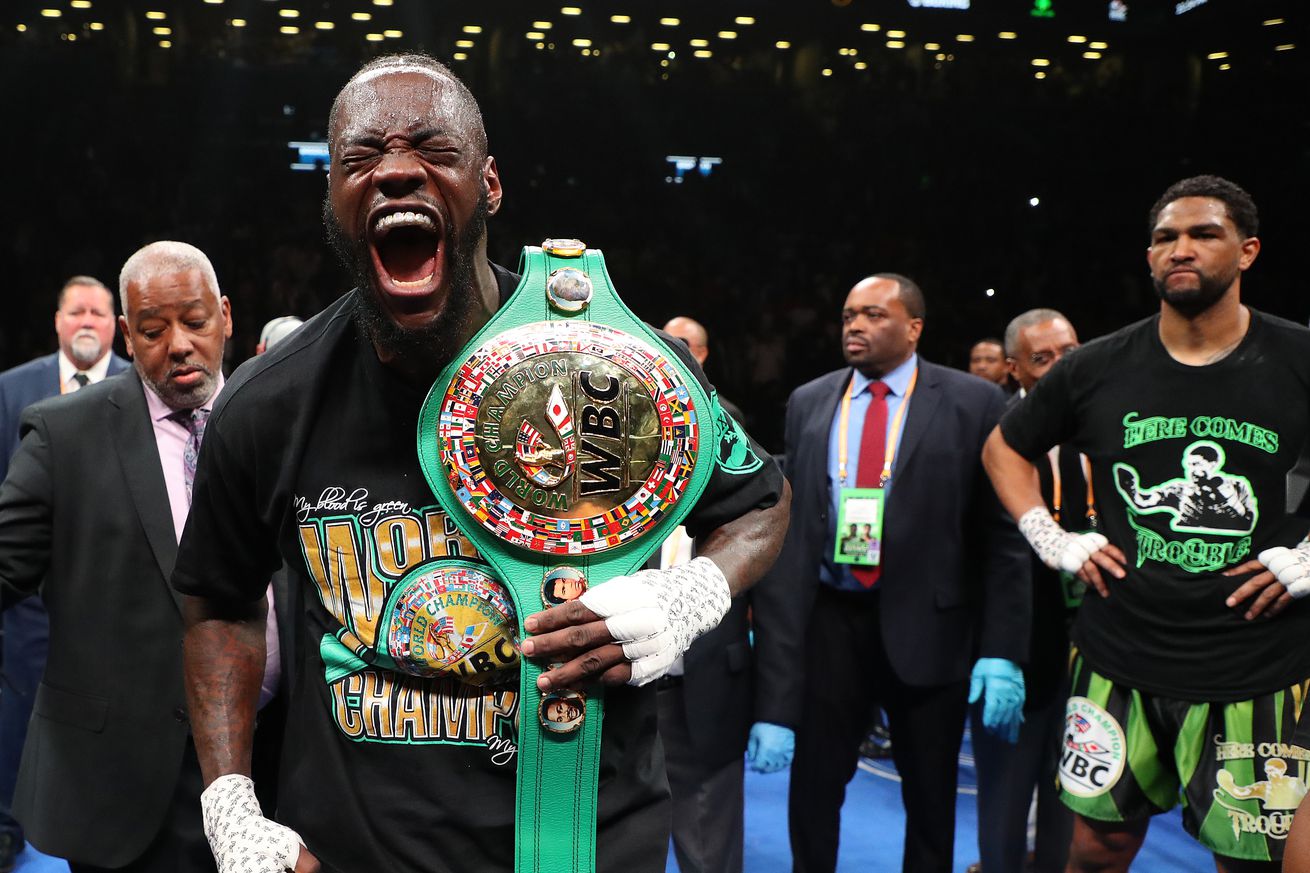 Wilder claims he doesn’t believe Team Joshua and that he’ll be willing to reconsider the fight next year.

By now everyone is familiar, and likely sick of all the back-and-forth between heavyweight champions Deontay Wilder and Anthony Joshua. Fans just want to see the best fight the best. After all, why should we care about the nonsense politics behind the scenes? But it’s been made clear that the fight fans really want, Joshua-Wilder, just isn’t in the cards for 2019.

Wilder put on an electric performance in a first round knockout of Dominic Breazeale earlier this month, but before waiting on the results of Anthony Joshua’s fight against Andy Ruiz Jr. this weekend, he preemptively announced that he signed a deal for a rematch with Luis Ortiz.

The WBC champion would claim that the he needed to run it back with Ortiz in order to deal with the ‘controversial’ results of the first fight, only there was no controversy in the first fight at all. Wilder rallied from a scare to put Ortiz away — but the knockout win was pretty definitive.

So with Wilder’s announcement came the obvious blow back from fans and media members alike, with almost no reasonable person able to explain why the biggest fight in the heavyweight division is being tediously pushed back in lieu of lesser fights against opponents who don’t move the needle.

Well, Wilder just had a lengthy conversation with Lance Pugmire of the LA Times to explain why he had no intention of waiting on Anthony Joshua before mapping out the rest of his year.

Wilder begins by suggesting some behind-the-scenes knowledge that most of us wouldn’t be privy to, emphasizing that he ‘knew’ none of these major fights (against Anthony Joshua and Tyson Fury) were going to happen in the second half of the year. And because of this he figured he might as well fight Luis Ortiz in a rematch.

After then saying that he doesn’t trust anything Team Joshua says in the media, Wilder acknowledges that there are people who aren’t too happy with his most recent fight announcement.

“The ones who hate this, I understand that because they want Wilder-Joshua,” Wilder said. “Everyone is impatient. They want what they want, but knowing I am the most exciting heavyweight in the world, you’ll still watch the [Ortiz] fight, no matter what, because I bring the drama and the pain.”

Wilder would then continue by responding to Eddie Hearn’s recent comments in the media, as well as Joshua’s public offering to negotiate the fight man-to-man.

“What have they done thus far to be believable?” Wilder asked of Joshua and promoter Eddie Hearn. “I’ve tried to do it privately with some mutual friends. [Joshua] didn’t want to do it without someone there with him on a FaceTime conversation. Why would you want to do that? It’s me and you. Are you scared of me or something? This whole thing of, ‘We’ve got to sit down … .’ They’re just saying something, man, because at the end of the day I don’t have a boss. Joshua has a boss, [Hearn’s] Matchroom Boxing.

“Without [Matchroom], this fight would be done a long time ago. He can say all he wants. They still have a say-so on him. So why sit and talk with him? He’s not on my level.”

With Wilder seemingly content to play a game of chicken with Joshua in the battle for negotiating leverage, we obviously run the risk of one of the fighters losing, killing all the hype behind this megafight. But this fight is for high stakes, after all, so I suppose this is really par for the course in boxing.

Wilder finishes by saying that he’ll be willing to reconsider a fight with Joshua in 2020, where he would be open to a 50/50 purse split in a closed bidding between their respective networks, DAZN (Joshua) and Showtime/FOX (Wilder).