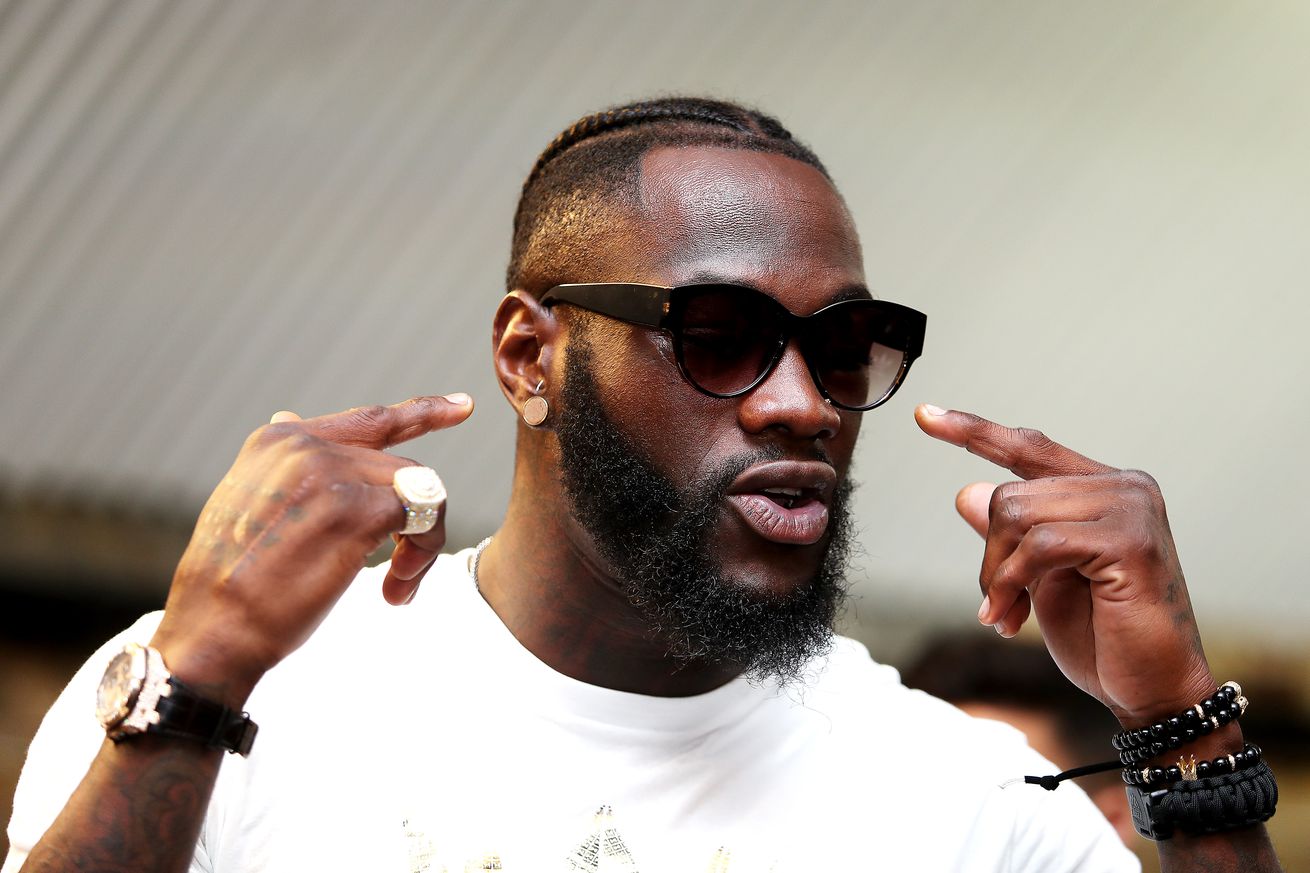 Tyson Fury’s bloody win over lightly-regarded opponent Otto Wallin last Saturday night in Las Vegas has been the topic of much discussion, of course, and WBC heavyweight titleholder Deontay Wilder believes that Fury should have been stopped, and that under normal circumstances, he would have been.

“See, that fight was supposed to be stopped. Everybody knows that. But, of course, they don’t want this man to lose because of me. They want the big fight. We understand that. People are not dumb. If you know you have three-inch long fucking cut like that looking like it’s two inches wide — he was like Two-Face, one side blood and one side sweat. They were supposed to stop that shit and Wallin would have won.”

I mean, can we all be honest here? He’s got a perfectly good argument. Fury’s big cut was gnarly, a disgusting gash that was no question bleeding into his eye. Fury admitted after the fight that he couldn’t see out of that eye due to the blood, and the second cut that came later on his eyelid only worsened things. And this wasn’t a case of the Fury corner doing a remarkable job of keeping it from being an issue — that’s not a knock on them, there wasn’t a lot they could do. It was a bad cut, and it bled, and it was a clear issue.

There are no doubt a lot of fights that would have been stopped by the ringside physician if nobody else, due to those cuts. Fury, though, is a star fighter worth a lot of money, so he got the chance to keep fighting, and he did well enough that referee Tony Weeks never got any real clear moment where he was going to be forced to step in.

It’s not really a problem, necessarily. Boxing is a brutal sport, Fury’s a warrior, he certainly wasn’t going to quit and didn’t want to be stopped. And bottom line, there was a lot at stake. It’s a business. People want Wilder-Fury II next year, and by all accounts we’re getting it if Wilder gets past Luis Ortiz on Nov. 23. If Otto Wallin had done more, maybe we’re having a different discussion today, but he just couldn’t put enough together to force any of the hands that were going to give Fury every opportunity to make it through.

As for Wilder-Fury II, Deontay says he absolutely is going to target the area where Fury was cut, and that he’s “got Fury’s number” when they meet again.