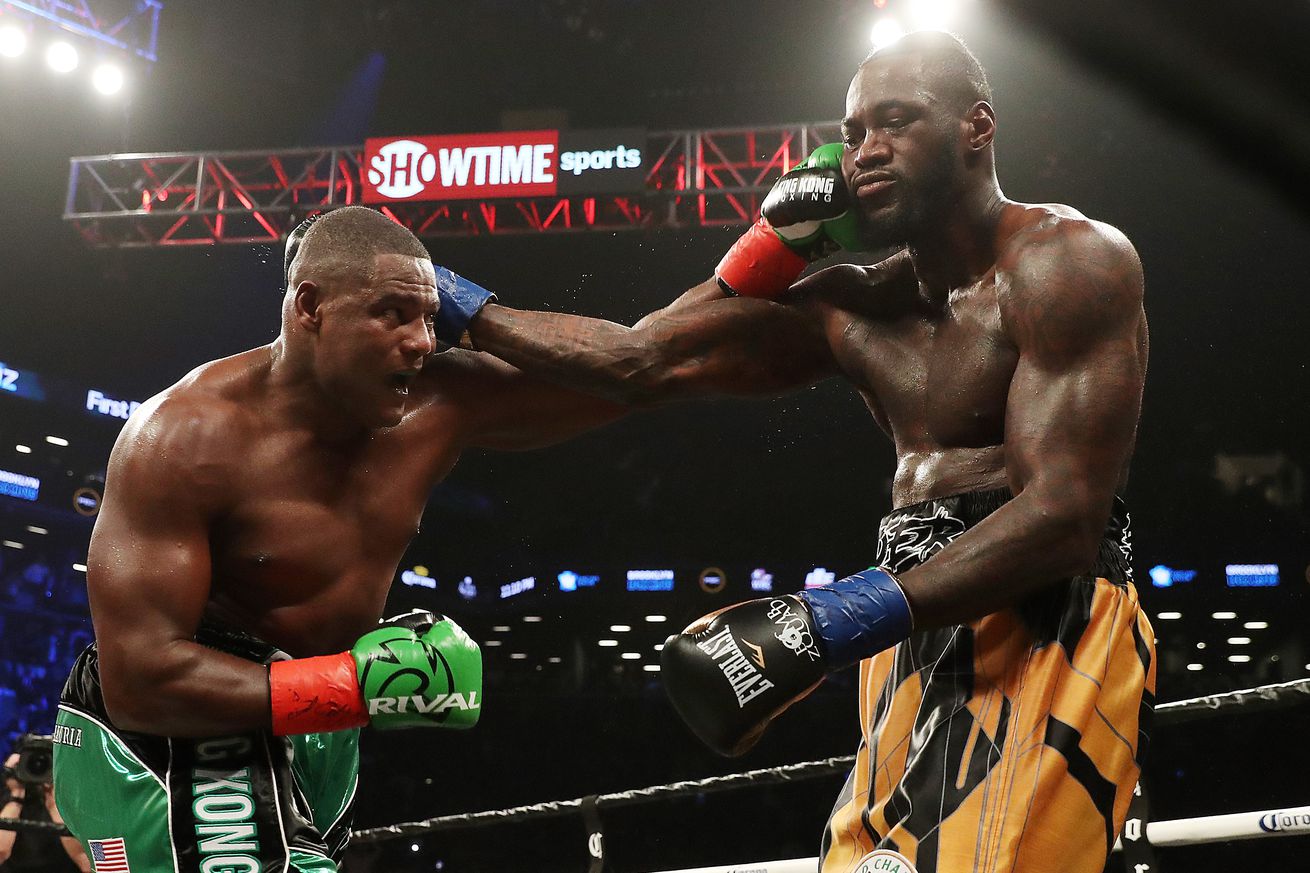 All recent signs point to Deontay Wilder rematching Luis Ortiz in his next fight, and according to the L.A. Times’ Lance Pugmire, said rematch is likely to take place on September 7th or 28th at Los Angeles’ Staples Center. Pugmire cites a pair of unnamed heavyweights set to appear on the card, who say it will take place on Showtime.

Ortiz (31-1, 26 KO), who confronted Wilder in the ring after the later’s destruction of Dominic Breazeale earlier this month, was last seen outclassing Christian Hammer in March.

Obviously, the ideal fight would pit Wilder (41-0-1, 40 KO) against Anthony Joshua or Tyson Fury, but Ortiz is about as good a Plan C as you can ask for. Their first clash was entertaining and highly competitive, with “King Kong” doing more damage to Wilder than any prior foe before ultimately succumbing to “The Bronze Bomber’s” power in the 10th round of a fight that was 85-84 on all three scorecards

The ideal Plan D, by the way, is short for -illian Whyte.