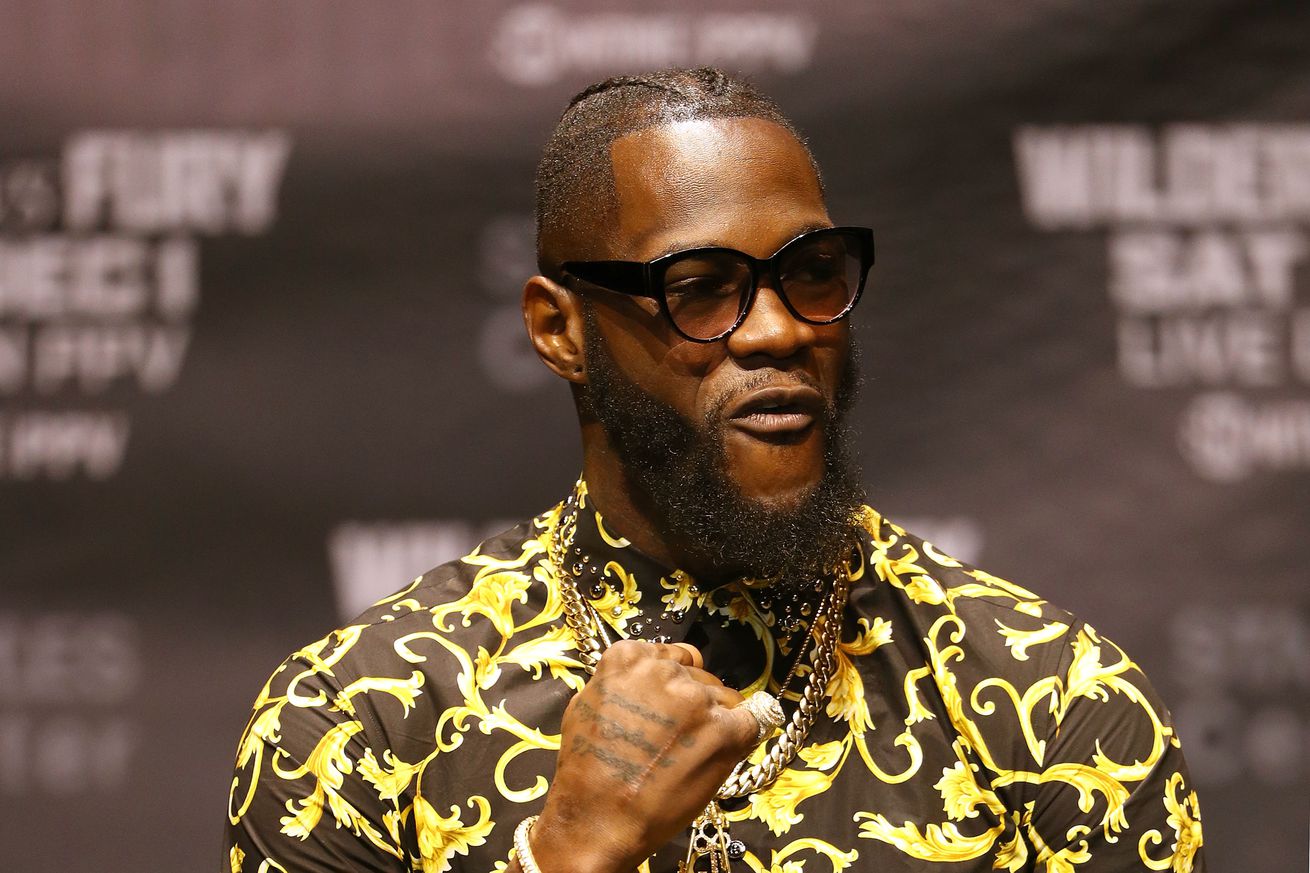 Former heavyweight champion Deontay Wilder just made an appearance on Brian Custer’s The Last Stand Podcast and isn’t shying away from his stance that he was set up and cheated in his rematch with Tyson Fury, and that Fury isn’t a man a principle for trying to avoid their contracted third fight.

On his thoughts about Tyson Fury:

“He’s a known cheater and you can go back to the rap sheet and history of him cheating even with the Klitschko fight. I haven’t yet heard valid proof of how gloves flap all the way back, why your hands were in the bottom of the glove, why did my ear have scratches deep inside my ear because of your nails. We have so much proof but it just shows you got to cheat me to beat me.”

On when he expects to be back in the ring:

“You can see me back in the ring sometime in the first week of January, the latest early February and we’re looking through opponents now. We’re not going to sit around and wait on no coward that has an obligation to fulfill but ran away from it. We’re not going to sit around we got to get back in the ring, I got a lot of fans looking forward to me stepping back into the ring and doing what I do best.”

On the newly proposed Bridgerweight division:

“If it’s specifically designed for me and to be the face of it I decline. My career is to be a heavyweight, that’s what I got in it for and that’s what I’m going to end with. Guys always outweigh me, my last fight I was 231 so as far as putting on weight that’s not a difficult part of me. My power makes up for all that. I have too much power for a weight class that low. I should be exempt from that.”

On the heavy costume weakening his legs excuse:

On firing Mark Breland and accusing him of tampering with his water:

“I’ve been preaching for five years don’t every throw in the towel with Deontay Wilder, Deontay Wilder is never out until it’s over with because of my heart, and will, and the power I possess. And yes I do feel like he was a part of it and it’s not for me to explain to anyone. I said my piece, I let out my emotions, I said it, people can believe what they want.”

On the litigation for the Fury rematch:

“Even with the contract, I been ready since September. You’re not a man of your word, you’re not fulfilling your obligation. I helped you out, I put millions in your pocket, I made you relevant, now it’s time for you to do the same thing that’s all we’re saying. No matter 1, 2, 3 fights that’s just the principle, he’s not a man of principle, morals or goal…They sat around, it was their obligation to put the fight on. They waited all the way till October came, then talking about we abandoned the contract…that’s a lie!”

On the trainers who’ve said they want to work with him including Floyd Mayweather:

“We are looking to work with another trainer, I like Derrick (James) he’s a great guy, I like the things he does. I like Foreman (George) we’ve had many discussions about different things about how he used to train, but with Floyd personally I don’t feel he likes me. I think he’s just doing this for attention. Honestly, I can’t see how a guy who has bet against me every fight wants to be my trainer. A guy who has nothing good to say about me since the start of my career, but now wants to be my trainer. I don’t think he likes me and has my best interest at heart.”

On his future opponents:

“Realistically, Dillian Whyte would be one of the lists, (Andy) Ruiz would be one on the list, when I get back as far as height (Robert) Helenius could be one. You got (Joseph) Parker, you got (Oleksandr) Usyk, I would love to fight him, he called me out at one point and time. There’s a lot of guys on the list. When that phone rings just accept the opportunity.”