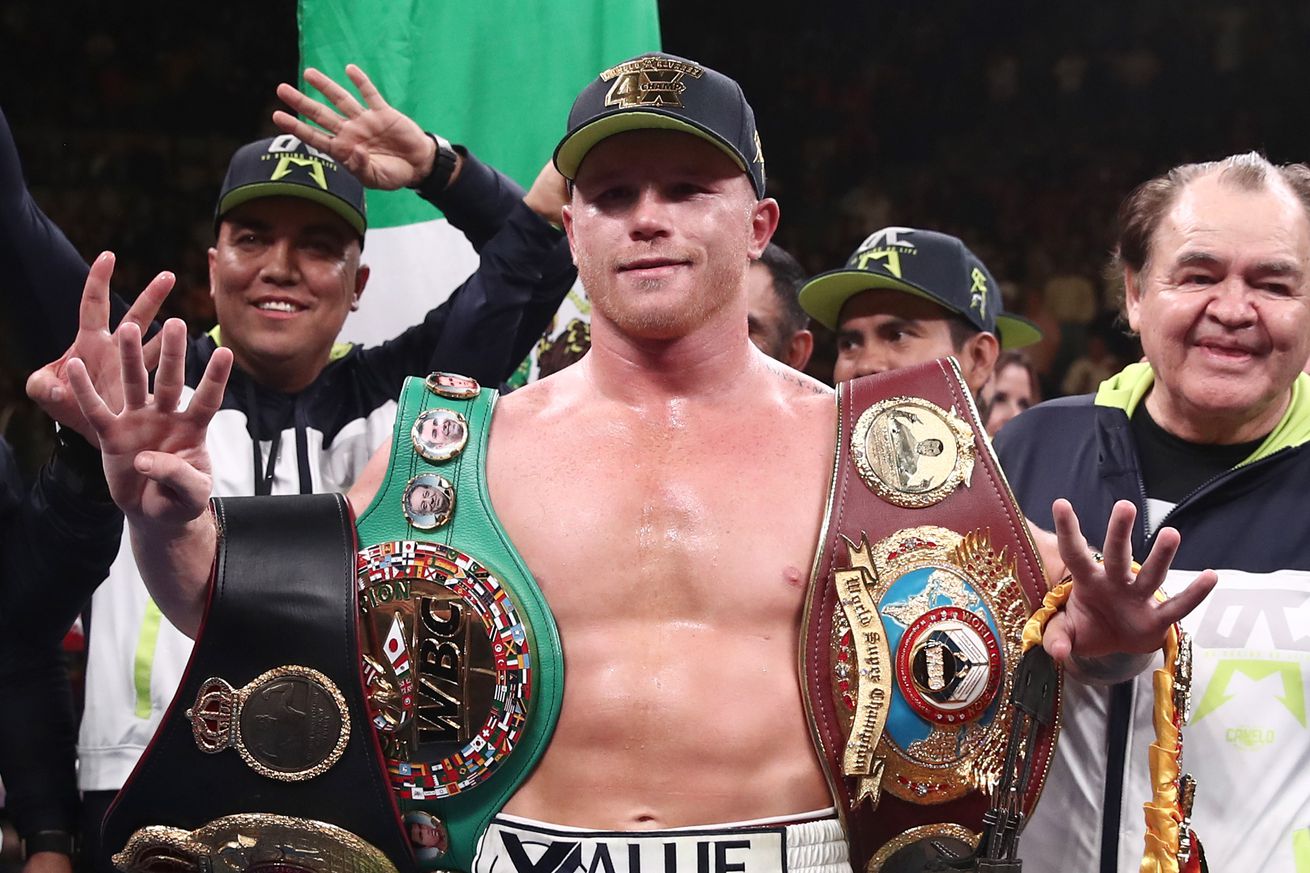 Canelo is a true A-list boxing superstar, but he’s no different than anyone else in this situation.

Canelo Alvarez hasn’t fought this year. He was meant to glove up again on May 2, likely against Billy Joe Saunders, but now everything in the boxing world and the world at large has been in disarray for two months, and Canelo doesn’t have an opponent or a fight date.

We know the Mexican superstar would like to fight again in September, but we also know that for the time being, fans aren’t going to be allowed to attend fights, with boxing looking to get going again next month. And that’s highly unlikely to change by September.

So will Canelo actually fight without fans?

DAZN’s Chris Mannix and Sergio Mora discussed the idea, which has a lot of wrinkles at the moment. Alvarez is paid a ton of money under his DAZN contract, and no gate revenue makes it extremely to pay the sort of money he requires to fight; even if he took less to fight for right now, it’s still a huge, huge figure. Half of his normal guarantee is a massive amount of money.

Mora figures that, like everyone, Canelo will eventually have to face the reality of the situation if he wants to fight, particularly in September.

“Canelo’s not gonna have another choice. Boxing’s pushing every boxer to start motivating themselves to get to the idea of having a fight in an empty arena,” he said. “Look, we want to get back to work, we want to get back to the hurt business. Even superstars are going to have to shine on empty stages. So Canelo’s gonna have to get used to that fact, and everybody else; not only Canelo, but GGG and Anthony Joshua and everybody else. Limited fans, essential workers, that’s just the way it has to be nowadays.”

Mannix figures we’re not quite there with having to make a decision, but also not far off, with fans unlikely to be at any sporting event until, at best, the tail end of 2020. And if Canelo wants to stay active at all, he agrees that there will be no choice.

“Everybody is taking less money in all walks of life. That’s just the reality of this pandemic. Fighters, athletes, they’re no different, and should be no different at this point,” he stated. “One thing you have to remember with Canelo when you’re thinking about his decision is that this is a guy that likes to fight three times per year. He wants to be busy, wants to fight in May, September, and even December if given the opportunity. That was one of the original plans to start this calendar year. Now the possibility of only fighting once this year, I don’t think that’s gonna sit well with Canelo Alvarez.”

Should be noted that Alvarez hasn’t actually fought three times in a year since 2011, but the point stands; Canelo’s not going to want to sit out all year on the hope that he might be able to fight with fans in the stands in November or December. And if we still can’t do fans then, does he just wait until sometime in 2021? Nobody knows exactly when we might be able to have large gatherings again.

Generally speaking, I’m on board with Mannix and Mora. Golden Boy say they’re at least considering how to do it, and that’s good, because there really just aren’t options here in the near future. If we want fights — and we do, and so do the fighters — then we have to live with empty venues for the time being, and like Mora says, that’s going to go for everyone, including the true A-listers.