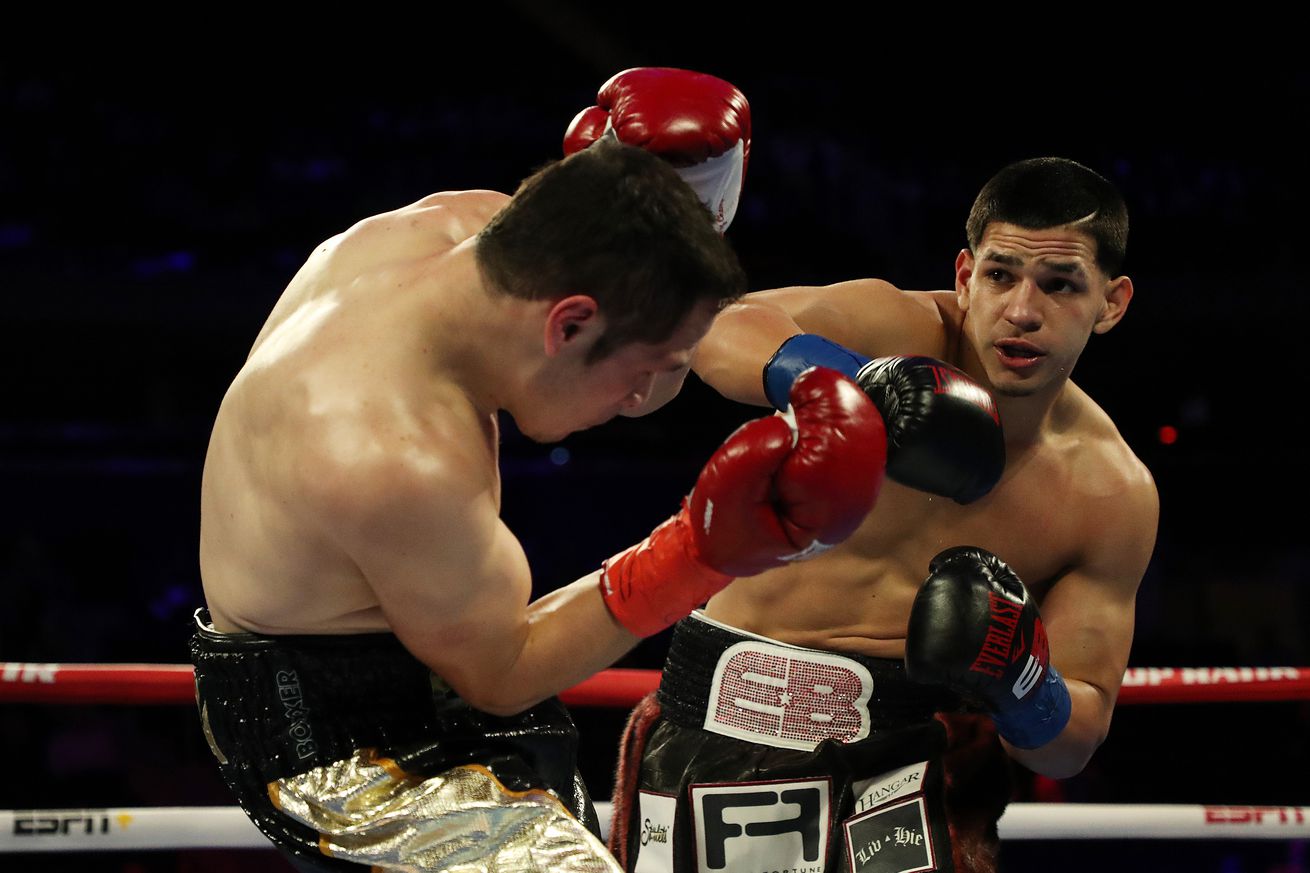 Edgar Berlanga has picked up good buzz with a run of first round knockouts, but will expectations be a hindrance?

Edgar Berlanga’s profile has been upped considerably in the last year, with the New York native enjoying the benefit of aligning himself with the estimable Top Rank outfit.

Top Rank has a solid handle on not only how to fuel the hype train for a talent, but also step them up incrementally, so they are not likely to be faced with some surprise pitfall, a stylistic bent for which they’d not been able to prep.

But getting over the higher hurdle is up to them. Maybe you remember the edge up the ladder for Felix Verdejo? It wasn’t like Top Rank threw him in deep water. No, he got tested and lost to Antonio Lozada, and then it would be on him to work on deficiencies, so he could continue to ascend. It seems like that’s happened, maybe, though we’ll have to see it to fully believe.

I’m probably not the only one who thought about the 27-year-old Verdejo, even if just briefly, when pondering the 23-year-old Berlanga, who holds a record of 14-0, all wins by first round stoppage.

And I’m sure I’m not the only one who looks at the hype Berlanga is getting, and sees his social accounts, and wonders if his confidence level could take a nasty hit if and when he experiences the sting of defeat. I actually touched on the topic with his trainer Andre Rozier. Berlanga will face Lanell Bellows (20-5-3, 13 KO) this Saturday, Oct. 17, on the Vasily Lomachenko vs Teofimo Lopez card on ESPN.

Rozier admits Bellows is a step up, saying, “He’s won his last two, and he’s never been stopped.”

I put it to Rozier, straight up. Is there any danger that the hype train actually runs over his foot, hobbles him?

“He’s easy to bring down, and if I see something, I will tell him in a minute,” Rozier said. “I call him ‘nephew’ in Spanish, and I don’t mind getting real. If things go wayward, myself, Keith Connolly, his father, he’s got people there to rein anything in.”

Here’s something to ponder on Berlanga. The best thing that could happen to the young gunner on Saturday is that he doesn’t stop Bellows in round one. Yep, there won’t be that element to play up, to accompany the banging of the drums when he gets pub. But by now, it’s maybe more of a hindrance than anything else. Not saying it does, but it can mess with your head, because expectations have been set for you, and you might over-act in order to keep that narrative in place.