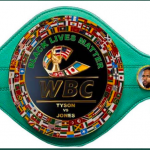 Boxing has been diagnosed dead off-and-on for like a hundred years, and this year, but of course, there is no shortage of folks there to talk about the poor condition of pugilism.

I was just looking at the Teddy Atlas Twitter feed, because his annual Teddy Dinner is taking place, on Thursday, Nov. 19, and I wanted to know more about the virtual session. Wouldn’t you know, even this boxing lifer is suggesting that we have seen better days, and maybe they aren’t coming back. No one I know of is of the mindset that the best way to re-vivify the sport is by adding another weight class. We have enough as it, probably more than enough, in many minds.

But that isn’t stopping the World Boxing Council, led by Mauricio Sulaiman, the charming show runner for the sanctioning body which does, in fact, regularly focus on coming up with concepts to try and make the sport better… We started out early on with 8 weight classes…

“The World Boxing Council introduced six more divisions addressing the urgent need to reduce the difference in weight between divisions which demanded great physical sacrifices with dangerous practices of dehydration, or the fact that going up to the next division meant giving away a lot of advantage having to face much heavier and stronger boxers. The additions were: Straw 105, Light fly 108, Super fly 118, Super Welter 154, Super Middle 168 and Cruiser 200,” said Sulaiman in a press release which touches on the WBC’s latest “innovation.”

“While the problem in most divisions was largely addressed, the natural growth of humanity has generated important changes in the major divisions,” he continued. “10 years ago, the WBC decided to move the cruiserweight limit from 190 to 200 pounds considering the weight of the athletes, as they have grown impressively.”

And the heavyweights have been getting beefier and beefier, he noted. Jack Dempsey was his best at 187, Rocky Marciano did well as a 185 pound heavyweights, Joe Frazier more than held his own at 205 pounds, and Mike Tyson ruled the yard while weighing 218 pounds. Then, the jumbos: Lennox Lewis at 253 pounds, the Klitschkos at 250, and Tyson Fury holds his 275 pounds superbly. Now, is the gap in weight (Fury 273 to Deontay Wilders’ 231 pounds) why WBC champ “The Gypsy King” battered The Bronze Bomber like he was pinata full of gold doubloons on Feb. 22? You can’t say that. But Sulaiman thinks that the growth pattern in the top tier division is impetus for a new weight class.

“We have decided to create a new division called “Bridger,” as it is the necessary bridge to serve the large number of boxers who are between 200 and 224 pounds,” Sulaiman announced. “This name is inspired by that hero of humanity, that 6-year-old boy who during the pandemic heroically saved his 4-year-old sister from an attack by a wild dog. Yes, this new division is inspired by Bridger Walker!”

He shared that the WBC, founded in 1963, has added the Bridgerweight to their official rankings and will contact boxers who compete in the cruiserweight and heavyweight classes the rest of the month to confirm in which category they want to be listed.

Now, this development spurs plenty of questions. Here’s one, which I tossed to the RING mag editor in chief, Doug Fischer.

Are you for or against it, and will there be a Bridgerweight category in the RING ratings?

“That’s a really good question, Michael,” Fischer answered, “one that I’ll pose to the Ring Rating Panel. For the time being, however, the answer is no. It’s brand new and the WBC has yet to arrange a bout for their inaugural title. But if the WBC is able to put together a credible top 10-25 of small heavyweights that are cool with being ranked as “bridgerweights” and if the concept catches on with the other major sanctioning organizations, who knows? Maybe we’ll have to recognize it.”

What say you, readers? Is this too much of a good thing…or bad thing…or a sign of the times, and this new category makes sense to you?

The post Will RING recognize the new WBC weight class, Bridgerweight? appeared first on The Ring.