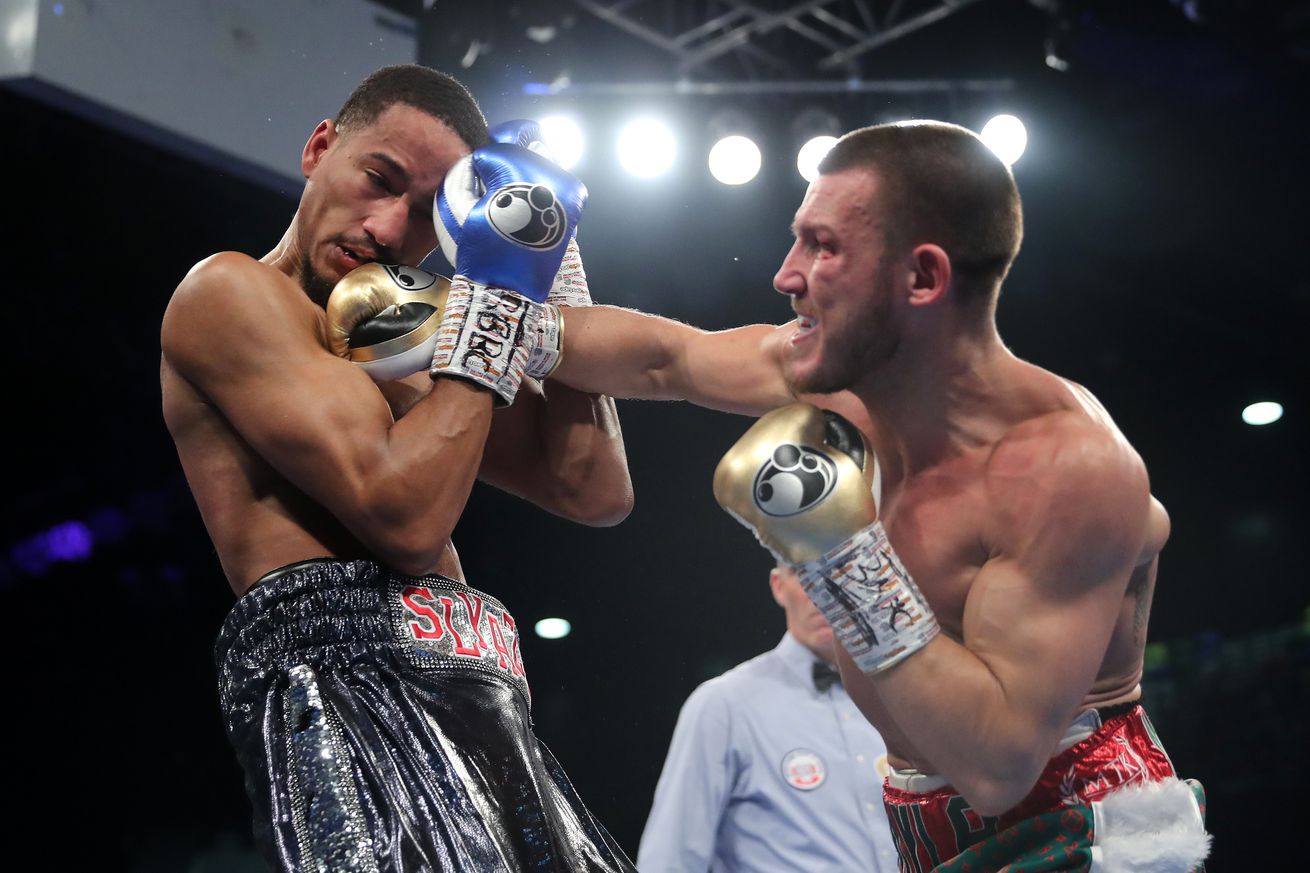 Liam Williams is now in line for a shot at the belt held by Demetrius Andrade.

Fox, 27, landed a good right hand early in the second round, but Williams just kept plugging away, Fox finding it impossible to deter him, and winding up getting effectively bullied as a result. Fox went down hard in the fourth round, and barely survived the round.

In the fifth, Fox lost a point for holding, as he was getting legitimately desperate. Williams badly wobbled Fox again, who tried to cling on to Williams’ waist as he went down once again, with referee Steve Gray making the call to stop the fight there, at 2:59 of the fifth round.

“We executed the game plan perfectly,” Williams said. “We just worked for so long, and it’s good to show what hard work and dedication can do.”

“I’ve not changed, I’ve just had good people around me I’ve learned from,” Williams said of the idea that he put in a more “mature” performance.

Andrade (28-0, 17 KO) is currently set to defend his title against Luke Keeler (17-2-1, 5 KO) on Jan. 30 in Miami, which is a fight the American is expected to win without much trouble. If and when he does, Williams will loom, certainly not as a favorite, but with his style and determination, at least some kind of threat. If nothing else, he’ll make Andrade fight.