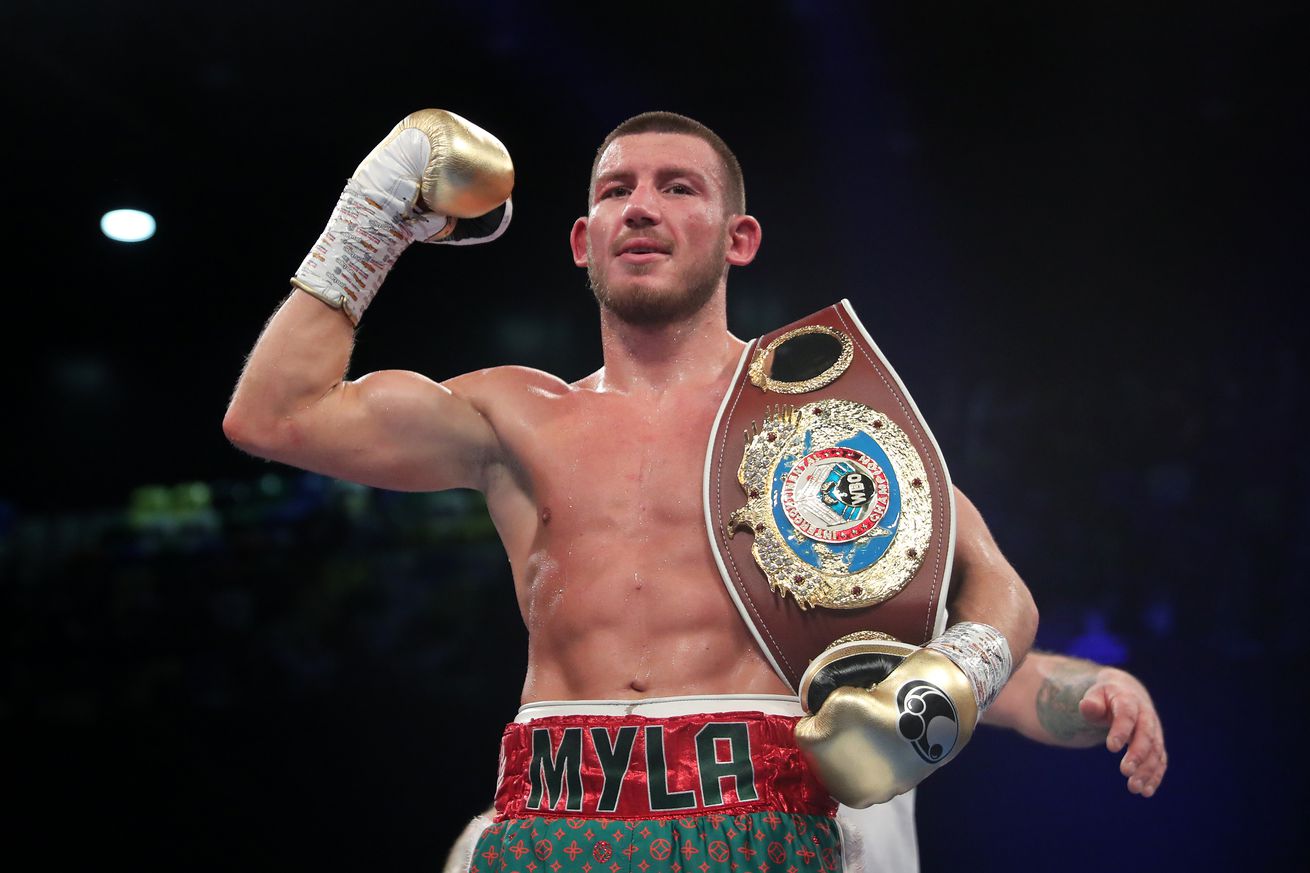 “The Machine” ticked over nicely on Saturday night, with bigger opportunities awaiting the British middleweight champion.

As Liam Williams (23-2-1, 18KO) and Andrew Robinson embraced centre ring following Saturday night’s main event, blood trickled down the cheeks and torso of both men, indicating the heat of battle they’d just endured. A cut to the head of the victor and one to the left eye of the beaten challenger; war wounds in the middleweight division.

However, this didn’t correctly illustrate the story of the Williams’ successful defence of the 160-pound British title. Gone in 88 seconds of the behind closed doors contest, Robinson proved rapid cannon-fodder for the champion without looking like he belonged, or wanted to belong in the Welshman’s waters.

“I wanted rounds, but we clashed heads, and I saw the blood dripping from my head. I thought it was a bad cut and thought ‘I need to end this now before it goes to a technical draw’,” Williams told BT Sport following the 23rd win of his professional career. “I thought, let’s just get him out of there and let’s go home.”

And that, he did. A spiteful left lever to the gut of the 36-year-old rendered the challenger unable to continue following the count by Marcus McDonnell. The shot – tucked beautifully under the guard of Robinson – acted as the olive in a cocktail of aggression from Williams, swinging wildly, yet accurately, pinning the veteran in the blue corner.

The lack of a credible opponent to test where Williams indeed sits in the middleweight pecking order is an evident frustration. The 27-year-old has climbed the WBO rankings over the past three years going 7-0 following back-to-back defeats to Liam Smith in 2017.

“I’m mandatory challenger, so it is a case of when and where,” Williams added, alluding to an imminent shot at Demetrius Andrade’s 160-pound strap. “Give me the date, give me a place, and I will be there. They need to start enforcing it now a little bit more, I believe, and I am pushing for it because I want my opportunity and I want it next.

“I would have liked it to be this outing, but I am ticking over, I am staying in the gym, and I am still learning. I’m only going to be better when the time does come.”

“As soon as the cut heals, I am ready to go. I’d like it to be before Christmas but, realistically. Is that going to happen? I doubt it. So, I am just going to stay ticking over, unless Frank (Warren) wants to give me another little run out before Christmas to win this title outright because it is something I would like to do.”

Frank Warren was in attendance inside the BT Sport studios, and the veteran promoter liked what he saw from his man. “Since he’s come up from light-middle he’s turned into an absolute monster,” he said, his grin beaming from ear to ear. “The WBO won’t let Liam fight anyone else, it will be Andrade next or he [Andrade] will have to vacate,” he added. “If I were him [Andrade] I’d vacate. Liam Williams will end his reign.”

Without directly pouring cold water on the bout, Warren didn’t seem convinced that a) Andrade-Williams happens, or b) it happens anytime soon. Andrade – whose last defence came at the end of January against a brave Luke Keeler – is setting his sights past “The Machine”, with WBC champion Jermall Charlo seemingly his preferred target.

“I dismantle people. Dismantle is my new name,” Andrade told Boxing Scene this week. “Call me ‘Dr. Dismantle.’ That’s who I’m gonna be.”

The middleweight division is curiously sparse. Outside of the champions, it’s hard to pinpoint where the real value lies, with the likes of Jaime Munguia, Ryota Murata, Sergiy Derevyanchenko and Chris Eubank Jr. in and around the conversation from the second tier.

Liam Williams is climbing fast and is without question one of the most improved British fighters over the past couple of years. Under the wing of Dominic Ingle, now at his optimal weight, the stars could be aligning for the Welshman.

Andrade-Williams is a real clash of styles and a wonderful fight for the division. When Williams couples his ability with pure aggression, he is sure to be a handful for anyone at 160. Here’s hoping an opportunity comes his way, sooner rather than later.