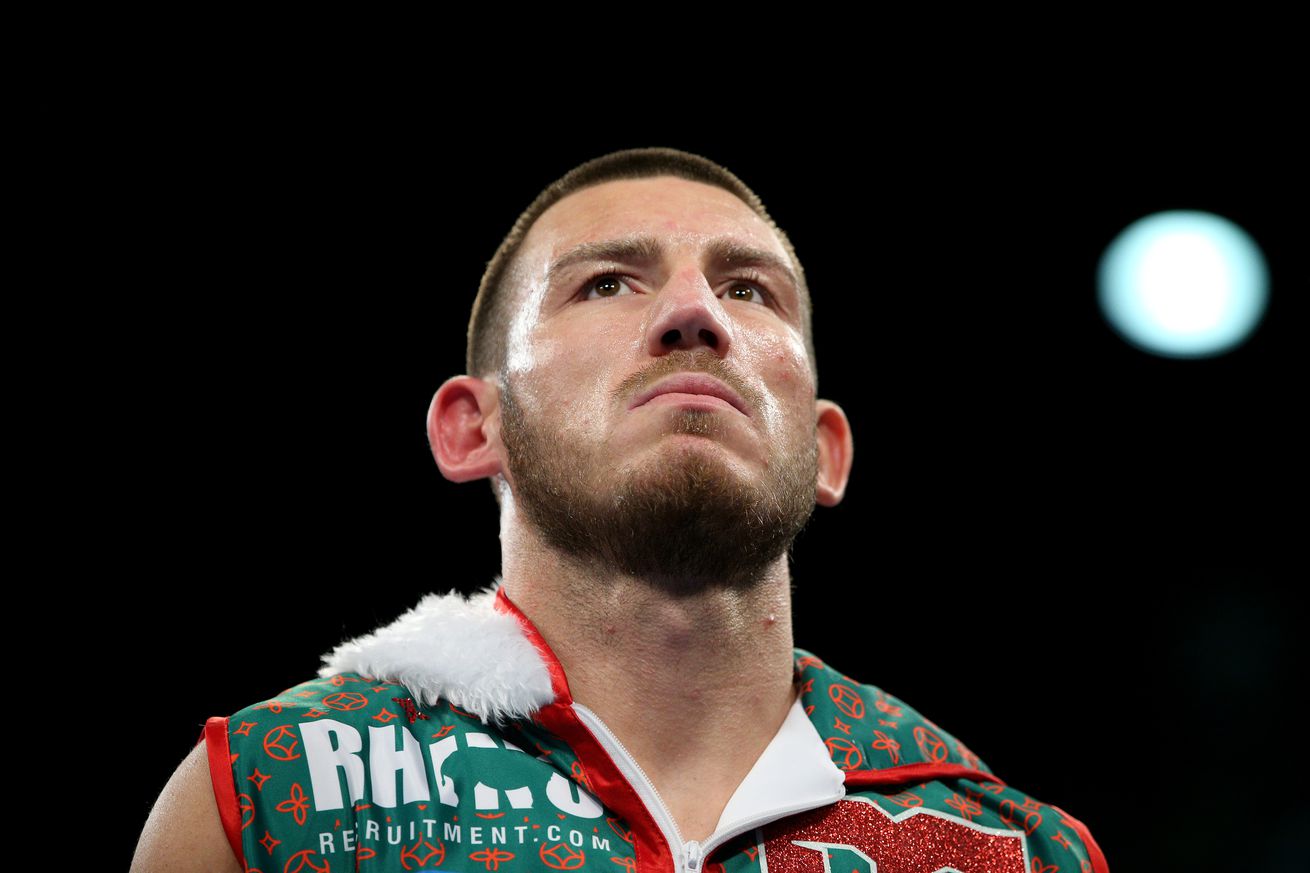 Liam Williams took an easy if not entirely painless first round stoppage win today in London over Andrew Robinson, keeping himself in the hunt for a possible middleweight title shot.

The 28-year-old Williams (23-2-1, 18 KO) and the 36-year-old veteran Robinson (24-5-1, 7 KO) were both cut on a clash of heads in that first round, which was pretty much directly followed by Williams battering Robinson to the canvas for the win in 88 seconds of ring time:

A clash of heads sparks @Liamwilliamsko into life

He closes the show against Andrew Robinson in the first round.

A world title shot against @BooBooAndrade beckons and ‘The Machine’ is a handful for anyone pic.twitter.com/0ol7r6bArB

Williams, who has won seven straight since moving up from 154 and has looked destructive in his last five, all at 160, has repeatedly called for a fight with WBO titleholder Demetrius “Boo Boo” Andrade, and given how hard Andrade and Matchroom have found it getting credible opponents, Williams really lines up as good as they seem likely to get any time soon, in all honesty. Maybe he’d be out of his depth against Andrade, but he can definitely punch and he comes to fight, and would certainly be a notable step up over Luke Keeler, Andrade’s last opponent.

22-year-old super middleweight prospect Willy Hutchinson went to 13-0 (9 KO) with a first round stoppage of Jose Miguel Fandino on the card, as well.