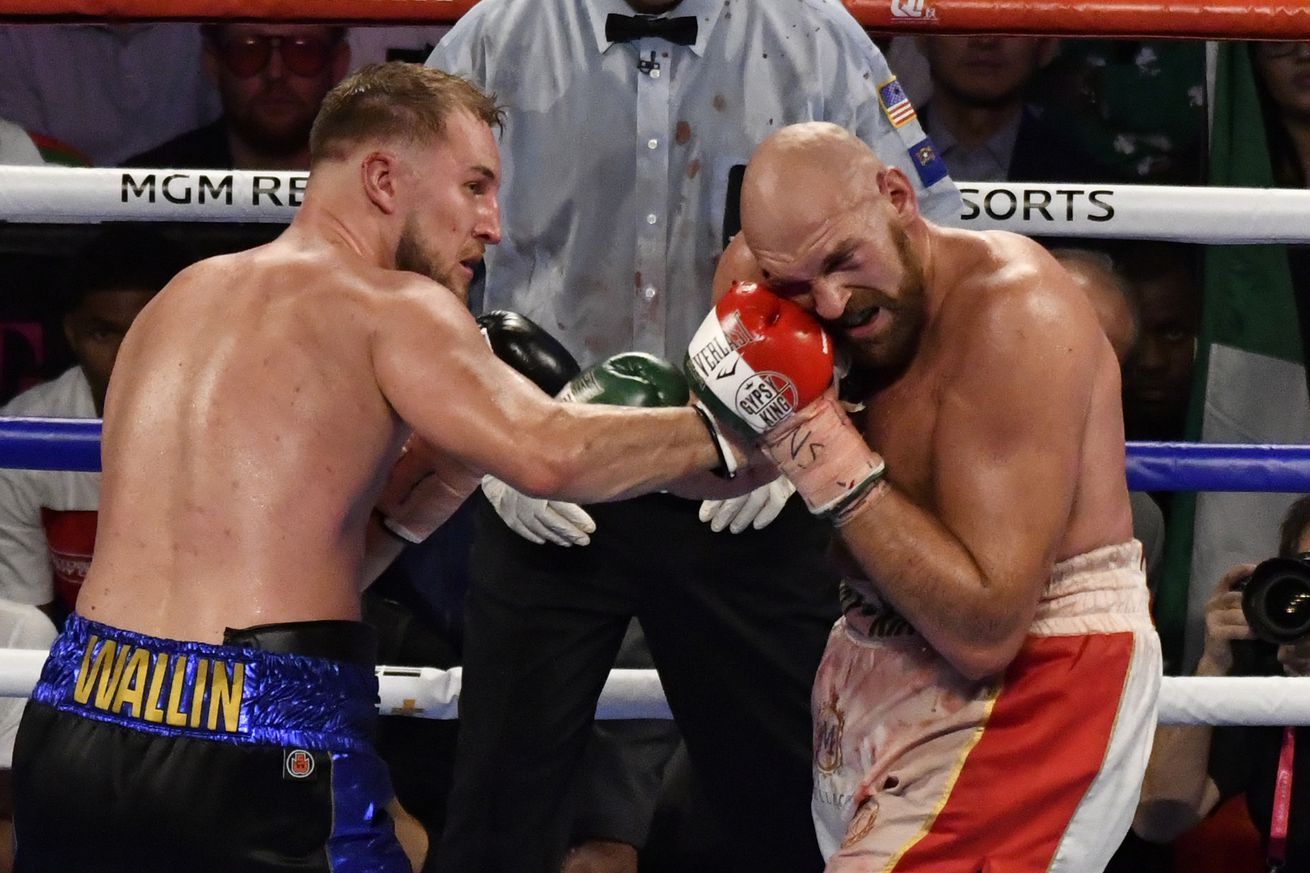 Fury beat Wallin by decision in September of last year

Tyson Fury vs. Deontay WIlder III is reportedly dead in the water, and that means some lucky heavyweight will get to challenge “The Gypsy King” for the WBC heavyweight title on December 5th. Former foe Otto Wallin has tossed his hat in the ring, with promoter Dmitriy Salita hyping the pair’s first meeting as the “toughest fight of [Fury’s] life.”

“I deserve a rematch based on my performance against Fury last year,” said Wallin, who had fought just one round in 18 months when he staged his near upset. “I did much better against Fury than Wilder did, better than anybody who has faced Fury and I’m ready to take Wilder’s place. I’ve been working very hard since last year and I believe I’ve improved with the experience from fighting Fury and with all the work I’ve put in since that fight.”

The previously unknown Wallin (21-1, 14 KO) gave Fury (30-0-1, 21 KO) a scare in September of last year, opening up a sizable cut in the third round and unquestionably taking rounds from the

champ before ultimately falling behind down the stretch. He’s fought just one time since, dominating Travis Kauffman in an August TKO-5 win.

Seeing as the December fight is essentially Fury staying busy while Anthony Joshua deals with Kubrat Pulev, Wallin’s every bit as appealing an opponent as current front runner Agit Kabayel. Better either of those two than the likes of Alexander Flores.