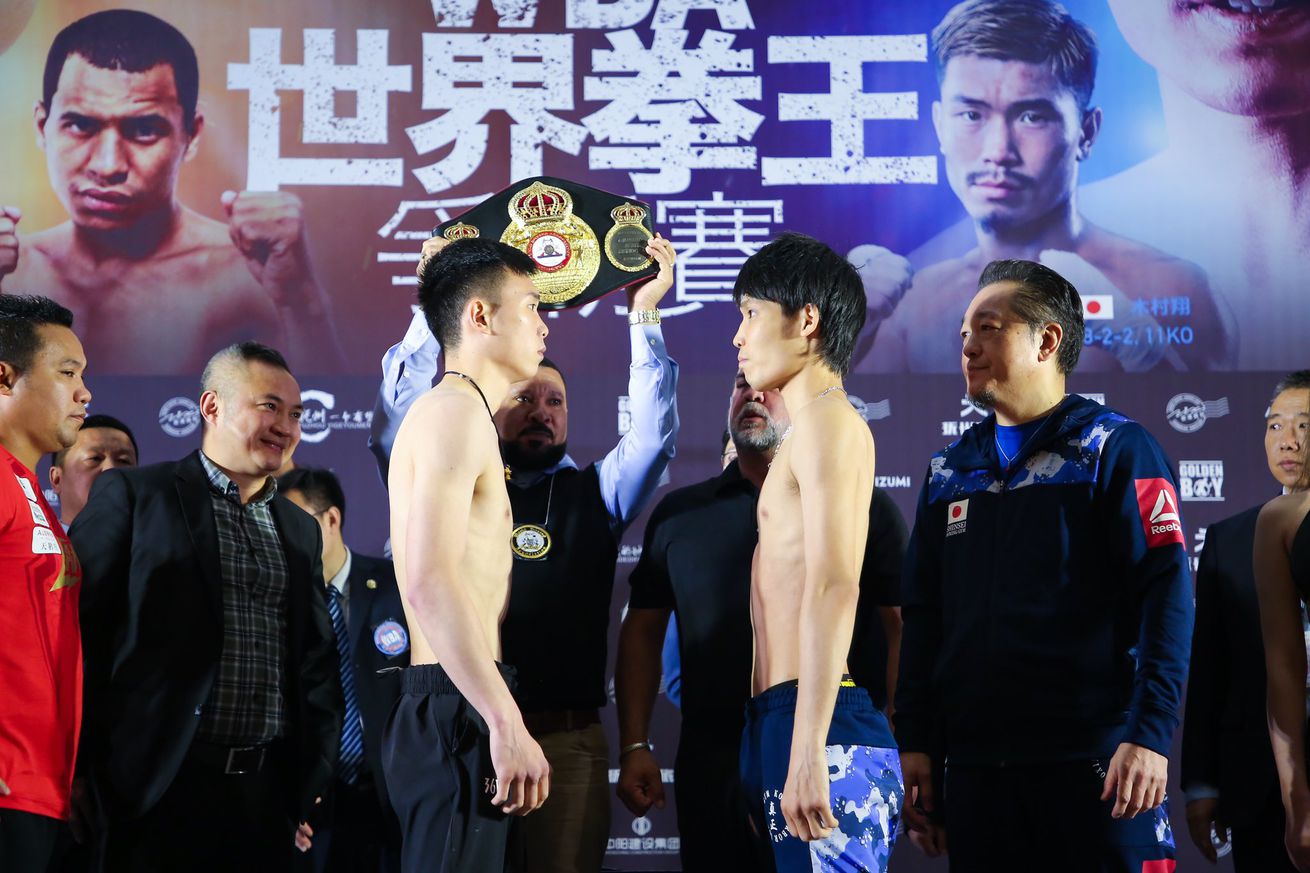 Can Xu and Carlos Canizales defend their WBA “world” titles today in China.

This morning at 7 am ET CHOOSE YOUR FIGHTER for a live stream (RingTV.com, Facebook, or the official WBA site) from Fuzhou, China, with Can Xu and Carlos Canizales back in action, defending their WBA “world” titles at featherweight and junior flyweight, respectively.

We’ll be here for live updates and coverage of the show.

Let’s take a look at the tale of the tape for the matchups.

Xu scored a bit of an upset in January, beating Jesus Rojas for the belt in Houston on a DAZN card. This will be his first defense. He’s won 13 in a row since starting his career 3-2.

Kubo previously held a WBA title at 122 pounds, beating Nehomar Cermeno in 2017 and losing the belt five months later to Daniel Roman. He hasn’t fought since April 2018, when he moved up to featherweight and won a split decision over Hiroshige Osawa in Kobe, Japan. He’ll have slight advantages in height and reach, but Xu is on the better run and has home field.

Canizales won his belt in March 2018, beating Reiya Konishi by decision in Japan. He defended successfully in July 2018 on the Pacquiao-Matthysse card in Kuala Lumpur, stopping Bin Lu in the 12th round. BoxRec’s ranking for him may seem odd considering what the others are, but BoxRec’s system does have some trouble ranking the little guys, which I think most of us do, in all honesty, it’s just theirs isn’t opinion that can be swayed by what other people say, just numbers.

Kimura is, as you can see, moving down from flyweight, where he’s ranked top 10 across the board. His first loss came in his pro debut back in 2013, and his two draws came within his first eight fights. He was on a 12-fight win streak and had won the WBO flyweight title, beating Zou Shiming in 2017, when he lost the belt via majority decision to Kosei Tanaka in Sept. 2018. Three of his last five fights have actually been in China, including the win over Shiming in Shanghai a couple years ago. Kimura hasn’t made the 108-pound limit since 2016.