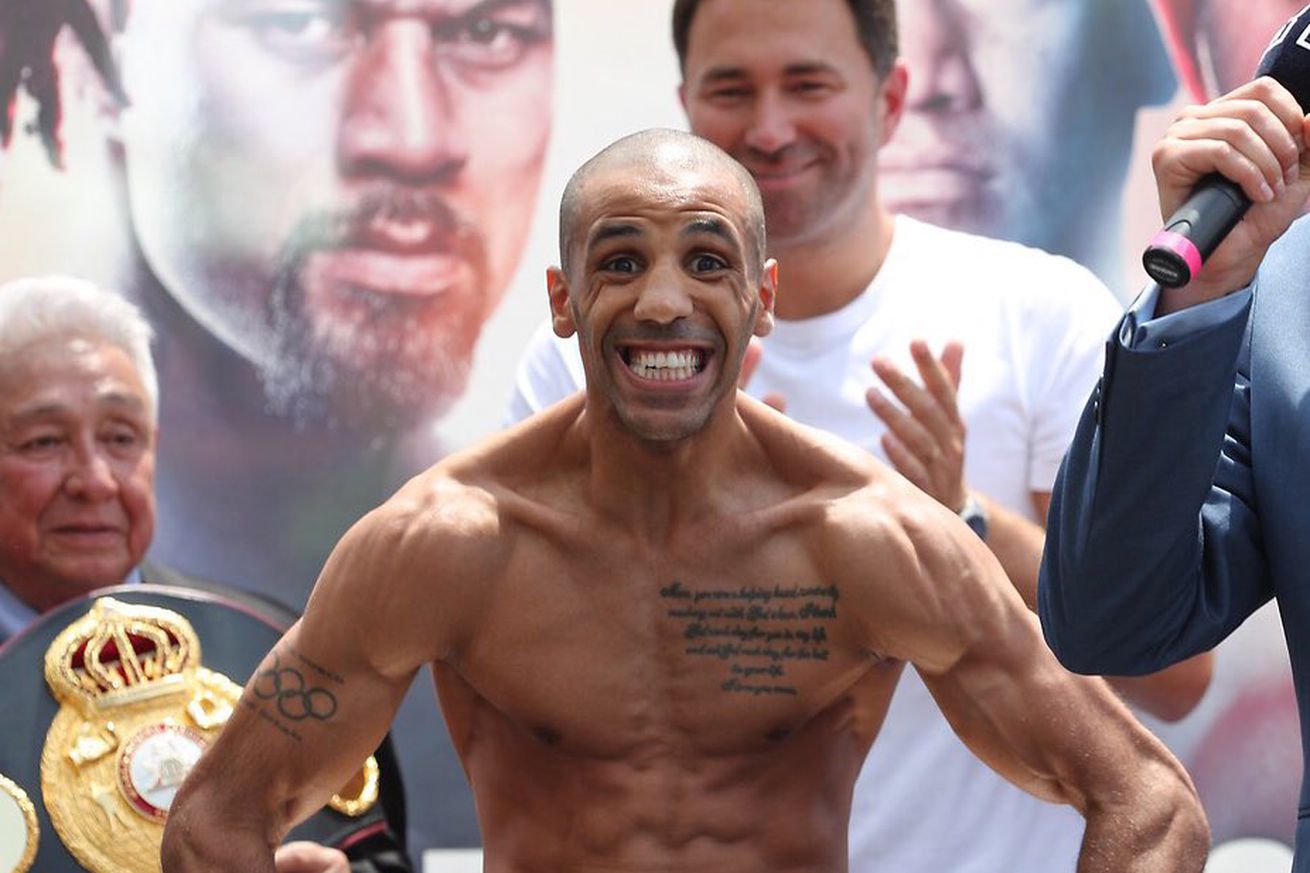 Yafai started out the fight aggressively, hunting down Jimenez and strafing him with some solid shots. Jimenez appeared concerned about Yafai’s power early on, but started to settle into a rhythm in the second half of a pretty cagey fight. In the fourth round Jimenez would get docked a point for excessive holding, but then started boxing and moving which started giving Yafai at least a little difficulty for stretches of time.

But in the final round Yafai would catch Jimenez with a cuffing hook that put Jimenez down more from a push than a punch. The referee ruled it a knockdown, however, which really gave Jimenez no hope.

In the post-fight interview Yafai complained that he injured his hands and his eardrums in the fight, but said he was pretty satisfied with his performance and looks to take on some of the other titleholders.