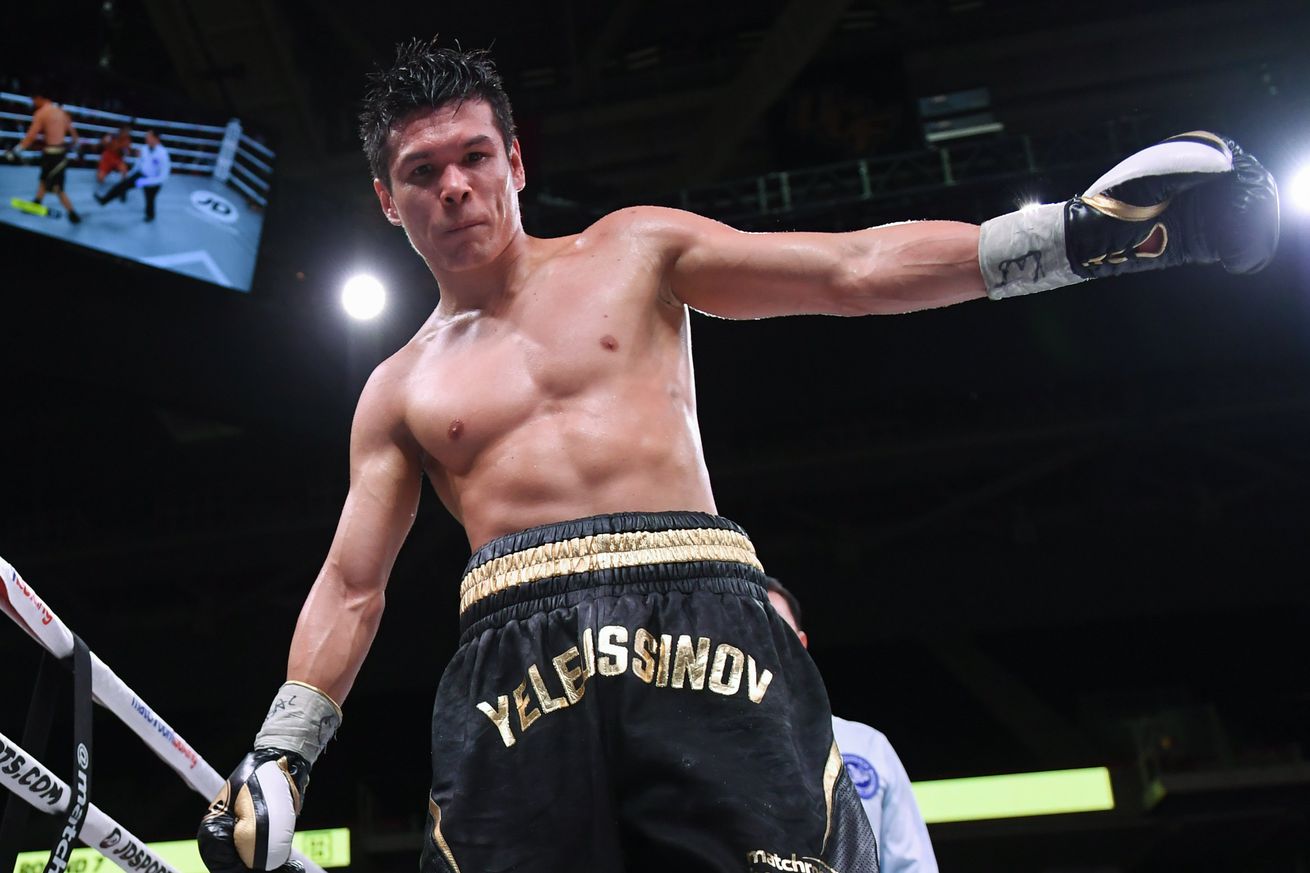 Rio gold medalist Daniyar Yeleussinov will face the stiffest test of his career on November 27th when he takes on former champion Julius Indongo as part of the Daniel Jacobs vs. Gabriel Rosado undercard.

Just added to #JacobsRosado on Nov 27…

The two were initially meant to lock horns on the doomed Regis Prograis vs. Maurice Hooker card earlier this year.

Though an impeccable amateur, Kazakhstan’s Yeleussinov (9-0, 5 KO) has yet to make the sort of professional impact produced by other Central Asian standouts like Ismail Madrimov, Murodjon Akhmadaliev, and Bektemir Melikuziev. His last two fights saw him knock out Reshard Hicks and Alan Sanchez, making Indongo (23-2, 12 KO) far and away his most notable opponent in the paid ranks.

“I thank Indongo for accepting this challenge,” said Yeleussinov. “He’s a former World champion that will come to fight.

“This will be a great fight for me and a great boxing show at the Hard Rock. I am going to show I’m the better fighter and Indongo will see the best of Daniyar Yeleussinov. I hope my fans will enjoy this event.”

“Blue Machine” made his name with a stunning one-punch KO of Eduard Troyanovsky and subsequent domination of Ricky Burns, which respectively earned him the IBF and WBA super lightweight titles. Then came knockout losses to Terence Crawford and the aforementioned Prograis, which led to a 17 month layoff from which he returned in August of last year.

A good step up for Yeleussinov, even if Indongo’s moving up in weight for it.