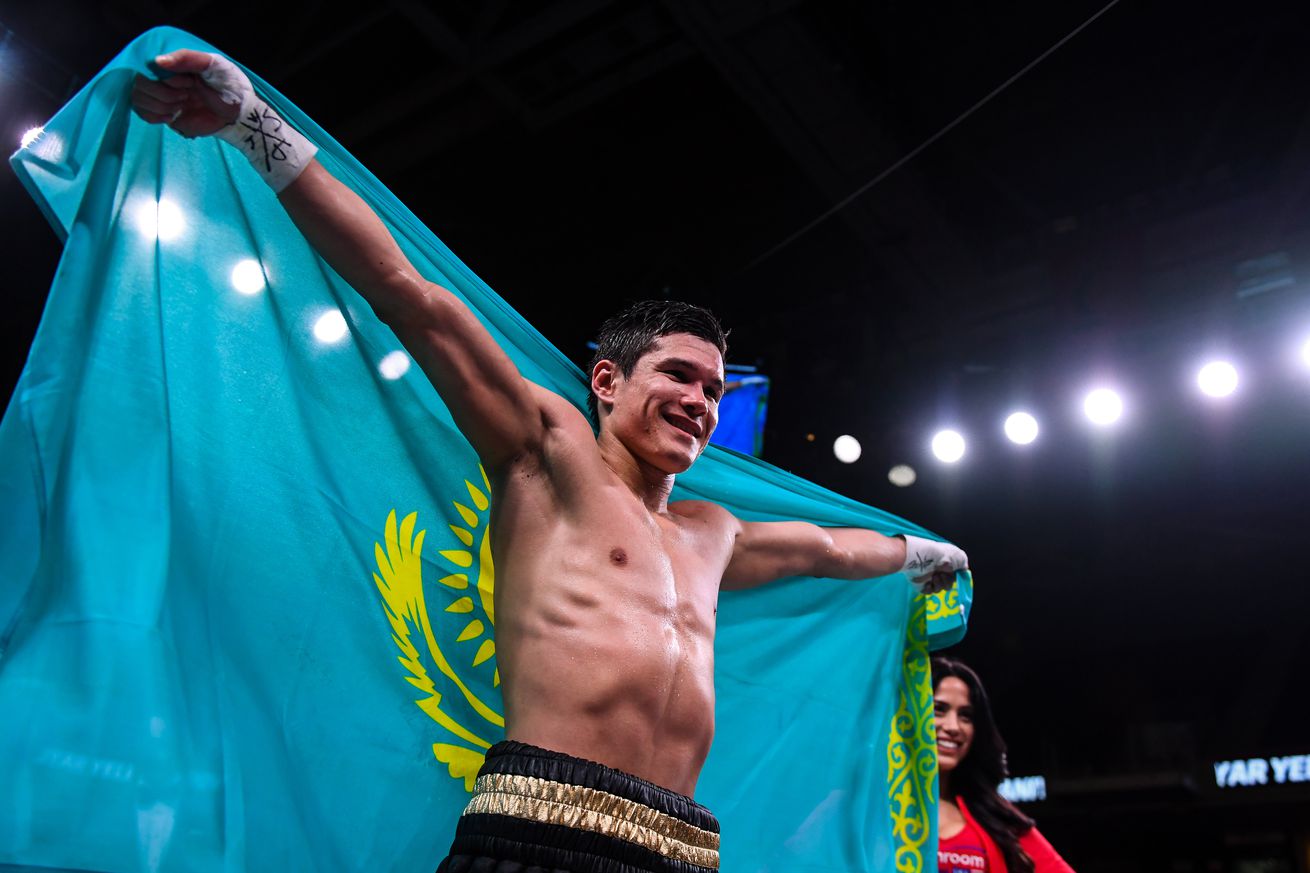 The 2016 Olympic gold medalist returns on the Jacobs-Rosado card.

2016 Olympic gold medalist and unbeaten welterweight prospect Daniyar Yeleussinov has his next fight set, as he’ll take on former 140-pound titleholder Julius Indongo on Nov. 27, part of the Jacobs-Rosado card that will stream on DAZN.

Kazakhstan’s Yeleussinov, 29, has run his record to 9-0 (5 KO) as a professional so far, turning pro in Apr. 2018, but has not always looked particularly impressive, in all honesty. He’s won his fights without much trouble at all, but he’s also faced pretty weak opposition given his age and amateur pedigree.

The 37-year-old Indongo (23-2, 12 KO) won the IBF junior welterweight title from Eduard Troyanovsky in 2016, then unified that with the WBA belt when he beat Ricky Burns in 2017, both impressive wins. But he was blown out in his next two fights in 2017 and 2018. Terence Crawford stopped him in the third round of their undisputed title fight, then Regis Prograis put him away in two. He last fought in Aug. 2019, beating a club fighter in Alabama.

The Jacobs-Rosado card is also set to feature returns for young prospects Nikita Ababiy and Alexis Espino, plus the pro debut of Marc Castro, as well as the third pro fight for 34-year-old Azerbaijan heavyweight Magomedrasul Majidov, who won bronze at London 2012. and gold medals at the Worlds in 2011, 2013, and 2017.