ESTNN look back at the highs and lows of Tfue’s Fortnite journey.

Turner “Tfue” Tenney emerged in mid-2017 as one of the most popular streamers on Twitch. Along with other personalities like Tyler “Ninja” Blevins and Ali “Myth” Kabbani, Tfue excelled to become one of the world’s most popular Fortnite players. Some famous streamers and content creators were able to build a following based on their casual gameplay. Tfue took that concept and ran with it. His ability to generate clips and eventually perform tournaments set him apart from the rest in the early days of Fortnite. Unfortunately, time eventually progressed to Tfue’s exit from Fortnite, and he has not looked back since. Today, we are taking a look at Tfue’s extensive history with Fortnite and his quiet departure. 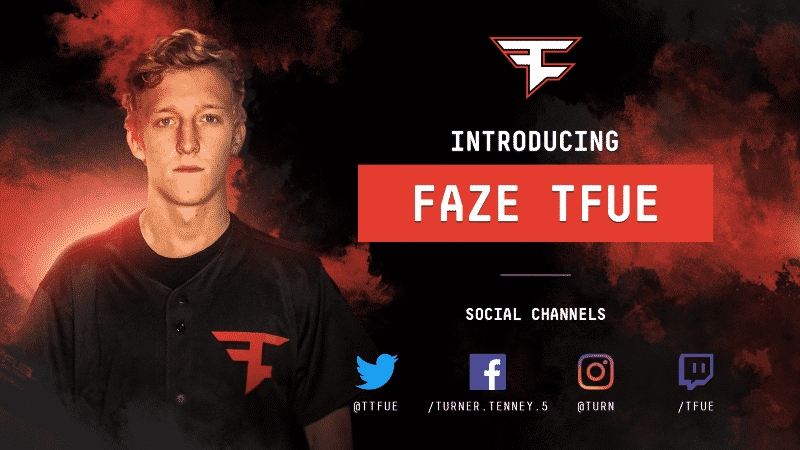 Tfue’s skill set and demeanor drew the attention of many. Chief among them was the popular esports organization known as FaZe Clan. At just 19-years-old, he joined his long-time duo partner Dennis “Cloakzy” Lepore on the FaZe Fortnite roster. Tfue’s notoriety increased significantly after representing the brand. The relationship between Tfue and FaZe Clan did not end well, with the former taking legal action due to an unfair contract.

This lawsuit ended recently and both sides peacefully parted ways seemingly for good. Regardless, Tfue’s name began to reach the masses as Fortnite became the world’s number one video game. FaZe Clan was a huge part of Tfue’s boom in popularity as was the game of Fortnite.

For over three years, Tfue dominated Twitch viewership and performed well in Fortnite competitions. The ongoing discussion from the early days of Fortnite revolved around whether he or rival Ninja was the better player. Tfue competed against Ninja in many tournaments, and the two encountered each other in several public matches. Tfue’s brazen personality provided an interesting contrast to Ninja’s family-friendly approach. Though it may not have sat well with many, Tfue’s persona worked. 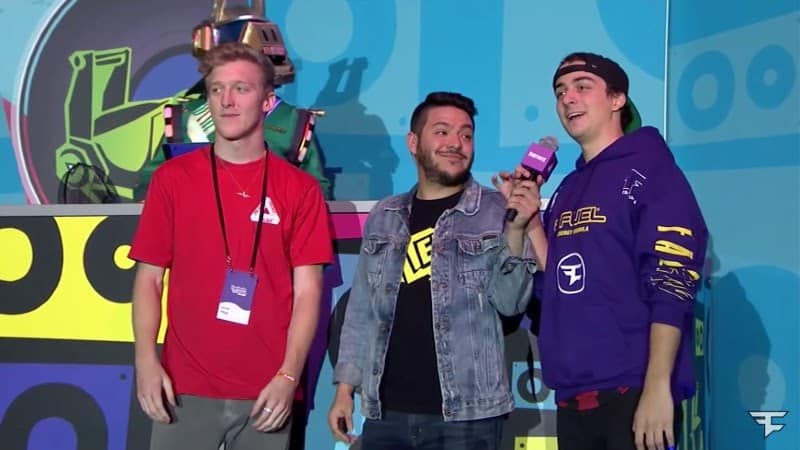 His competitive history speaks for itself. Both as a solo and with many teammates, Tfue won six tournaments beginning in the Fall of 2019. His premier achievement took place in October of 2018, where he and Cloazky won the Fall Skirmish LAN competition at TwitchCon. He also won a Fortnite World Cup Qualifier, which punched his ticket to compete offline in New York City against the 99 best Fortnite players for a $3 million grand prize.

Competitive Play Beyond the World Cup

Fast forward one year to Fortnite Chapter 2 – Season 3, and Tfue continued to compete in tournaments. He did so primarily with rising controller player Scoped. Tfue and Scoped made headlines during the Fortnite Champion Series tournament in Chapter 2 – Season 2 — sparking an infamous rivalry with former Team Liquid member Chap and talented controller player Av. Tfue and Scoped reached the Grand Finals, finishing in 16th overall.

It was one of Tfue’s best placements to date in a major tournament; things were looking up. 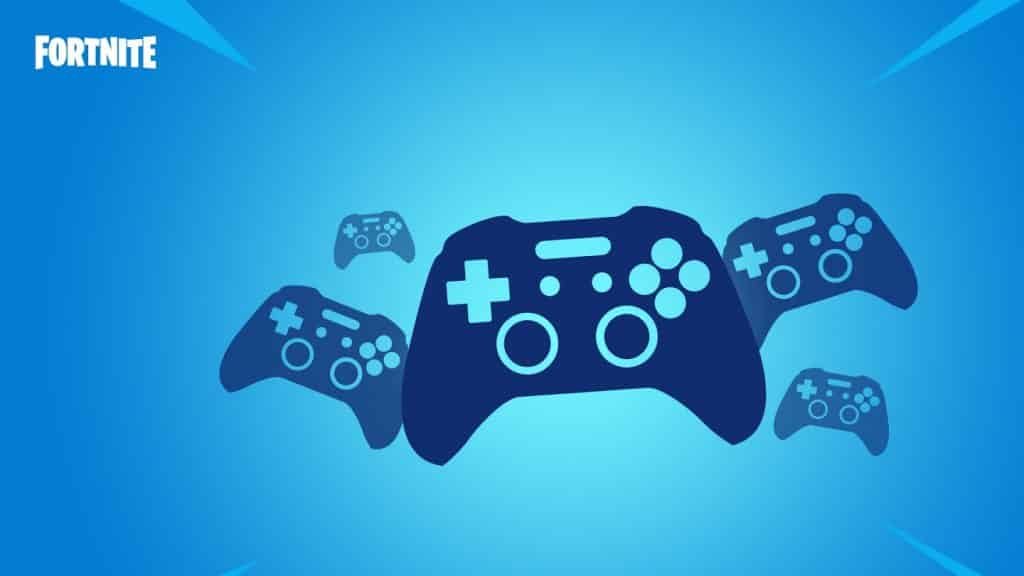 Unfortunately, the end of Chapter 2 – Season 2 enraged Tfue seemingly to no end. Aim assist for controller players was a hot topic at the time. The FNCS Invitational tournament to close out the season got the better of Tfue. Controller players were running rampant with Submachine Guns. It was one of the worst times in competitive Fortnite’s peculiar history.

After spending three consecutive years focusing primarily on Fortnite – Tfue grew tired of the game. He took a brief hiatus from the Battle Royale that spawned so much success for him in May of 2019. Tfue’s conscious decision to distance himself from Fortnite took place in favor of Call of Duty: Modern Warfare’s new Warzone Battle Royale title.

A New Game to Play 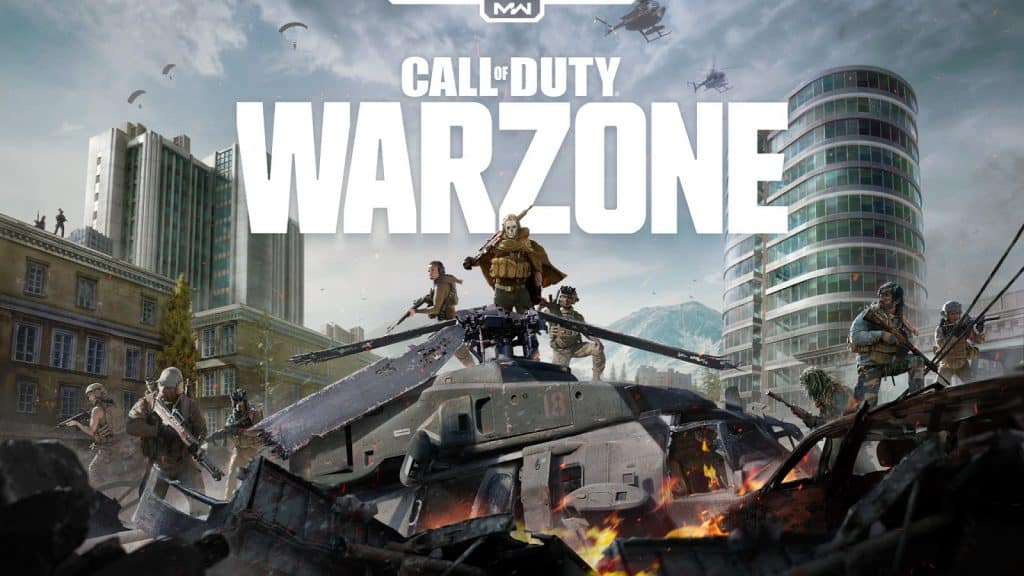 Call of Duty: Warzone granted Tfue opportunities that he no longer had with Fortnite. For one, he and former Fortnite duo partner Cloakzy rekindled their friendship in Verdansk. Additionally, Tfue collaborated with many different personalities and even regularly competed in Warzone tournaments.

It seemed that Tfue’s newfound happiness meant he would no longer play Fortnite. The former FaZe Clan member’s hiatus lasted until Fortnite’s newest season on June 17, 2020.

Chapter 2 – Season 3 and Beyond 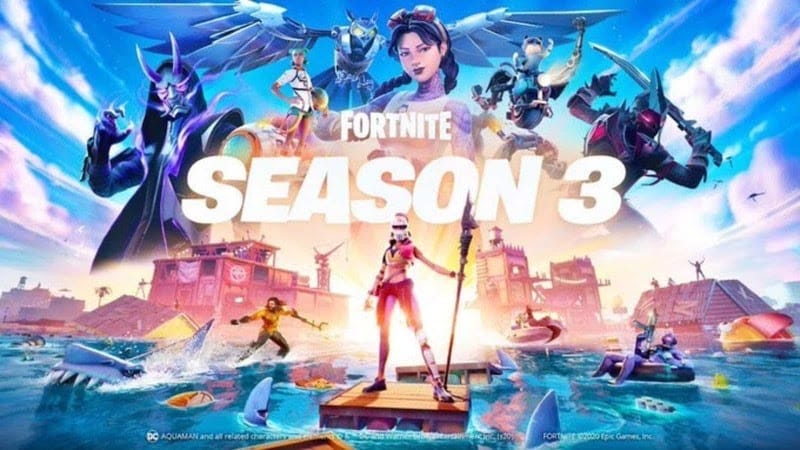 Tfue returned to Fortnite rejuvenated after the launch of Chapter 2 – Season 3. He went to work as trios and solos took center stage from a competitive perspective. Tfue and Scoped added talented controller player innocents to complete their team. This two-controller one-keyboard trifecta showed promise from the beginning. The three players showed no fear in scrims or tournaments.

Tfue, Scoped and innocents contested top trio Zay, Saf and STRETCH regularly at the Catty Corner POI, which provided much-needed entertainment in a rather underwhelming competitive season. For the first time in a long time – Tfue seemed to enjoy Fortnite again.

The 21-year-old’s Fortnite streams steadily decreased for the ensuing months. Tfue continued playing alongside Scoped and innocents, but he also began working more Call of Duty: Warzone into his streaming rotation.

Tfue’s Fortnite streams completely stopped on July 22, almost without any acknowledgement from the man himself. His loyal followers understood; the Fortnite veteran found enjoyment in a different Battle Royale game. Through the remainder of the summer into the fall, Tfue streamed 270 hours of Call of Duty: Warzone. At this point, it’s safe to say that Tfue has completely lost interest in Fortnite.

Tfue last streamed Fortnite on August 16, where he hosted a viewing party for FNCS Chapter 2 – Season 3 with Scoped. The two former duo partners offered commentary for Europe and NA East. Tfue eventually switched to Fall Guys and has not streamed Fortnite since.

Why Did Tfue Leave?

After spending three straight years playing Fortnite, Tfue had just about enough. He could not rekindle the love he once had for the game despite taking a brief hiatus. Beginning in 2017, Tfue played Fortnite almost every day on his Twitch stream. He’s experienced the highs of reaching the Fortnite World Cup Finals and the FNCS Invitational lows.

Tfue notably disliked playing solos because he felt that there is far too much RNG involved. It was a good run, but the former FaZe Clan player’s frustrations with the game that helped popularize his name boiled over. Stream snipers, aim assist, the developers not listening, unbalanced weapons and items and genuine dissatisfaction led him to create a separation from Fortnite.

It’s hard not to sympathize with Tfue. He did all he could do in Fortnite and then some. He was one of the original Fortnite players from back in 2017 that stuck around until he could not anymore. Despite finding success toward the end of his unprecedented run, it was time for a change.

He joined the growing list of Fortnite’s pioneers — Jack “CourageJD” Dunlop, Ben “DrLupo” Lupo and his bitter rival, Ninja — as a variety streamer. On top of Call of Duty: Warzone, Tfue has spent time playing the popular platformer Battle Royale Fall Guys and social deduction game Among Us.

Any aspiring content creators strive for the freedom to stream any game without worrying about viewership drops. That’s what Tfue has now after distancing himself from Fortnite. He is free from the shackles of being solely a Fortnite streamer. Tfue has shown little interest in making his return. Even Ninja recently began streaming Fortnite with fellow content creator Ali “SypherPK” Hassan. We’re guessing Tfue does not share the same fondness about Fortnite as some of the other original players.

Whatever the case may be, Tfue found his nichè with Call of Duty: Warzone. He is back competing in a Battle Royale that he enjoys. Not many talked about him after he quietly stepped away from Fortnite. Those who wanted to watch Tfue followed him. Those that wanted to watch Fortnite found another streamer to watch.

Before leaving Fortnite – Tfue average around 20K viewers per stream leading before shifting to Call of Duty. Since his last Fortnite stream, his stream dropped only to about 16K viewers based on Twitch Tracker statistics.

Although it’s a far cry from the 300,000 to 400,000 he pulled back in Fortnite’s prime – these are steady numbers. Some full-time streamers could only wish to average over 100, let alone 10,000 viewers. It is worth mentioning that his average viewers dropped a decent amount since shifting focus to Warzone. However, money and viewership isn’t necessarily an issue for Tfue.

He’s made well over $500K USD for Fortnite tournament winnings alone. Let’s not forget his stint with FaZe Clan, sponsored streams, brand deals, Fortnite creator code and much more. Tfue’s brand has likely printed him money over the last three years – where he rose to become one of Twitch’s top channels.

Will Tfue Ever Return?

We don’t think it makes sense to say that Tfue will never return to Fortnite. However, we don’t exactly see him playing H1Z1 or Destiny anymore. Sometimes people move on to different games — it’s a natural progression in life. Do Tfue’s actions mean Fortnite is dead? We wouldn’t say that, either. Epic Games often frustrates the competitive community, but this is the same group of players who continuously grind the game and compete for millions of dollars. Most of the current Fortnite top dogs manage to pull 20K to 50K viewers during Fortnite tournaments. The game itself and viewership should be just fine for a while.

Whether it be a critic or fan, not one person can say that Tfue didn’t leave without blazing trails. He is most certainly a polarizing character. One could argue that he opened the door for a toxic mentality toward Fortnite as a whole. But Tfue never played a character – instead – he was only himself. Tfue’s bold approach to his criticisms of Fortnite is a sidebar to the bigger picture.

His successful streaming and competitive career helped pave the way for players like Clix, Bugha and benjyfishy to showcase their elite talent to thousands. If that is a part of Tfue’s legacy – it’s not so bad. He may return to Fortnite here and there sometime in the future, but we won’t know until it happens.

The post End of an Era – Tfue’s Fortnite Journey From Beginning To End appeared first on Esports News Network | ESTNN.