Timothy “Bizzle” Miller and Williams “Zayt” Aubin are two of competitive Fortnite’s truest veterans. Both players possess the skills and mindset to win tournaments, which they have done on multiple occasions. By all accounts – Zayt and Bizzle remained friendly throughout the last three years of Fortnite. That remained the case until recently after the release of Chapter 2 – Season 4.

These two ultra-talented trios would ultimately come to blows after the debut of Chapter 2 – Season 4. In particular, Bizzle and Zayt became seemingly the worst of enemies; this began after a fiery disagreement over the popular point of interest (POI) known as Doom’s Domain. 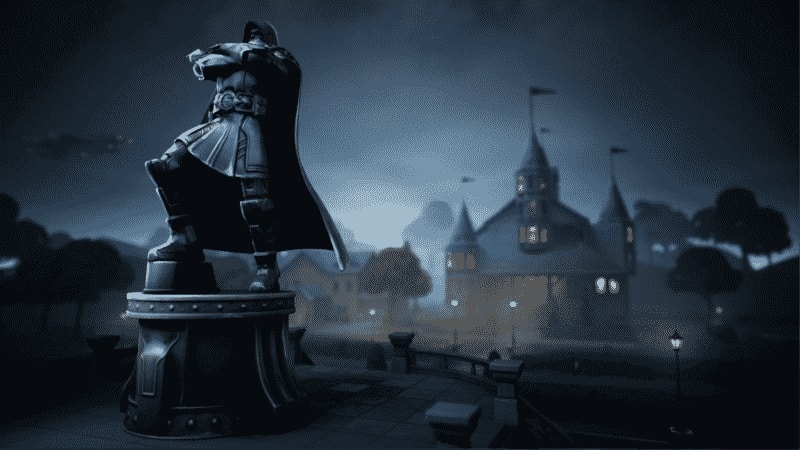 Early in Fortnite’s latest Marvel-themed season, trios took some time to decide on their optimal landing spot and requisite loot path. One POI emerged above the rest from the beginning of this season – known as Doom’s Domain. Marvel Comics villain Doctor Doom invaded Pleasant Park and left his mark. This POI features a vault filled with excellent loot, Doctor Doom’s Mythic abilities and plenty of regular chests to loot.

As a result, Doom’s Domain became one of the more popular drop spots for pro players. Both Zayt and Bizzle felt this POI contained enough loot to carry them to the end game comfortably. At this point, the two multiple time Fortnite Champions took issue over this highly regarded location.

If you're a washed pro, to prove yourself again would you grind and try to win next fncs or grief your own?

In particular, this feud concerns only Zayt and Bizzle, disregarding the other four players involved in these two teams. It isn’t easy to pinpoint precisely when it began – but September 3 seems to be the jumping-off point. On that day, Zayt tweeted, “If you’re a washed pro, to prove yourself again would you grind and try to win next fncs or grief your own?” Nearly a month later, it’s safe to say that Zayt was indirectly referencing Bizzle.

On September 6, Zayt followed with another tweet. “bizzle didnt qual for an fncs in 8 months and now hes about to gatekeep dubs and megga from trio fncs.” From this point on – the Zayt versus Bizzle feud would only escalate further. Zayt has relentlessly laid into Bizzle at every opportunity due to their spawn fights and “griefing” at Doom’s Domain.

The Feud Continues Into Tournaments

where is faze washing machine griefing his 2 teammates? pic.twitter.com/zePUSXCK3a

Despite Zayt’s success off spawn against Bizzle – the latter continued to land at Doom’s Domain with Dubs and Megga. After taking second place in the Trio Cash Cup on September 15, Zayt took to Twitter – pointing out that Bizzle, Dubs and Megga finished outside the money in 26th place. This tirade continued for several days, while Bizzle remained mostly silent. Zayt made it clear that he does not respect Bizzle nor his decision to continue “griefing” the same POI as the FNCS Chapter 2 – Season 2 Champion. Despite the Twitter beef – Bizzle, Dubs and Megga continued contesting the POI.

The onslaught from Zayt continued for the next few weeks after both scrims and tournaments. On September 30, Bizzle took to Twitter, stating that he no longer receives the pro trio scrims code early anymore.

“Since Zayt owns and Dictates Elite scrims, we don’t get code early anymore so we brick 3-4 games a night now and there’s nothing I can do about it, meanwhile management of the cord gets leaked code,” wrote Bizzle in a now-deleted tweet.

Zayt runs the Elite Fortnite Discord server for those who don’t know – which produces the most competitive scrims in the NA East region. Zayt explained the process of sending codes for Elite Scrims and how many players do not make it into every match.

“There is 110-115 players queued in custom lobbies and only 3-5 trios brick every game. AKA 10-20% of the players. AKA you should brick once or twice every 10 games. not 3 games in a row,” wrote Zayt in a Twitlonger response to Bizzle’s deleted tweet. “I think it really isn’t big of a deal, but since I leaked code to Bizzle for 3 years straight he is really mad about it since he doesnt have the priviledge anymore and had to tweet about it and make me look bad.”

Bizzle provided no further comment to Zayt’s Twitlonger post, mostly reverting to the same response when Zayt tweets at him, “ik ur obsessed with me.” After posting the Twitlonger – Zayt shortly followed with another tweet – clarifying that he hoped that Bizzle would leave Doom’s Domain because off all the smack talk.

“We sh*t talked Bizzle a lot and it went far. I dont want you guys to hate him. We tried to sh*t talk him out of dooms but it wont work, unfortunately we will probably both do terrible next fncs. I dont leave drops and you guys know that ggs,” wrote Zayt in his final post on the matter.

Regardless of which player you side with – each has its valid approach to the situation. Zayt has been the more vocal player, whereas Bizzle tries his best to avoid the Twitter conflict. At one point during the charade, Zayt questioned why Bizzle, Dubs and Megga refused to land at Misty Meadows when it is a free drop spot. The answer seems obvious – Bizzle and Zayt both see Doom’s Domain as one of the two best POIs in Fortnite currently.

There’s no telling how this will play out over the next several weeks. The Fortnite Champion Series will begin on October 9 with the first qualifier. Will Zayt and Bizzle fight consistently off the spawn? Will one of the two trios move to another POI? We won’t know until the action kicks off in nine days. This rivalry could go down as one of Fortnite’s best.

The post Fortnite: The Saga of Zayt vs. Bizzle appeared first on Esports News Network | ESTNN.