Get ready for a Gen.G and Samsung 14-day crossover event in Fortnite: Battle Royale!

Esports organization Gen.G is partnering up with Samsung for the Mystic Map Mayhem. Beginning on September 26, 14 days of Fortnite will ensue, featuring custom maps and challenges. There will be fan involvement as well as some well-known celebrities and athletes mixed with professional Fortnite players.

When Can I Watch Mystic Map Mayhem?

The event will begin on September 26 and run nightly for the following two weeks until October 9. Gen.G’s official press release provides details regarding the dates and what will take place during each stream.

“The first three Creative maps’ sweepstakes will be open to the public for 4 days each: Sept. 26 – 29, Sept. 30 – Oct 3, and Oct. 4 – Oct 8. The final map will be revealed during a live pro-am event on Oct. 9 from 7-10 pm EDT, pitting celebrities, influencers & top community contenders against each other. All live streams will take place at Twitch.tv/samsungus.”

For the two weeks, Samsung will hold daily streams from 7 to 9 pm EDT, featuring influencers, celebrities and Fortnite pros as they train for the final pro-am match on October 9. Samsung and Gen.G will also offer some unique prizes for participants in The Mystic Map Mayhem.

“Fans will be asked to post their Victory Royale screenshots from the SAMSUNG Fortnite Creative maps to Twitter, tagging @SamsungMobile, @GenG, #MysticMapMayhem and SamsungXGenG. Winners will be entered into two giveaways for SAMSUNG/Galaxy mobile products and will also have a chance to play in the final live event on Oct. 9. Prizes will include such items as the Samsung Galaxy Note 20 5G, Galaxy Watch 3, a Samsung Odyssey gaming monitor and Samsung Galaxy Buds Live.”

Which Celebrities, Fortnite Pros and Influencers will be Attending?

Wondering who's part of the #MysticMapMayhem?🤔

Take a look at all the talent that'll be playing through our custom maps from 9/26 – 10/9 over on @SamsungMobileUS' channel!👇👇👇

From the Fortnite side, esports organization Built By Gamers has enrolled most of its roster in this event. Those three players are Jonathan “Calc” Weber, Logan “Bucke” Eschenburg and Nate “Kreo” Kou – all of whom competed at the Fortnite World Cup last year. Gen.G’s all-female roster – Tina “TINARAES” Perez, Maddie “Maddiesuun” Mann, Carlee “Carlee” Gress and Hannah “Hannah” Reyes – will join the BBG boys. TINARAES is exceptionally eager to participate in The Mystic Map Mayhem

“I’m excited to try out these new Custom maps! They’re going to be awesome; the map builders have been working super hard to create unique worlds for us. It’s always fun to meet new people in the game I love.” says 2019 Twitch Rivals Champion and MVP, Tina’ TINARAES’ Perez, part of Gen.G’s #TeamBumble Fortnite team.

“I am pumped to be involved in the Mystic Map Mayhem event! These events provide an awesome opportunity to team up with great teammates. My team is here to win though, so watch out! We’re built different!” says Calc.

All of the creative maps for The Mystic Map Mayhem bare colors of Samsung devices. Mystic Bronze Map on September 26, Mystic White Map on September 30 and Mystic Black Map on October 4 are all of the maps in play on those days. The final Victory Royale map will remain a secret until October 9. Here are some screenshots of those maps that we received before the event begins tomorrow! 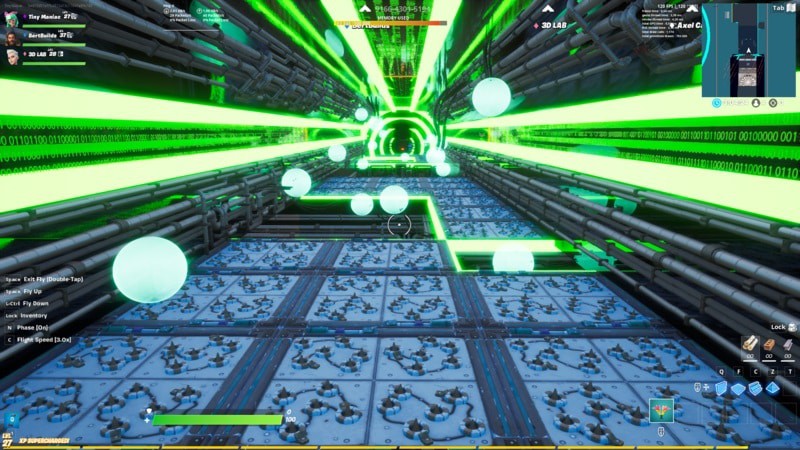 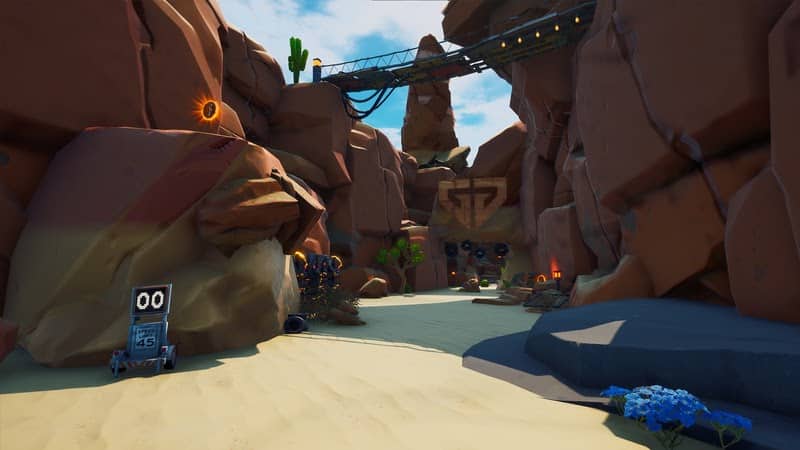 “We are thrilled once again to partner with SAMSUNG to provide Fortnite fans new maps to compete for bragging rights and prizes,” said Martin Kim with Gen.G. “We want to deliver an experience that challenges our fans, and at the same time, provide great entertainment with our talent, pros and players.  It’s going to be a lot of fun watching how people attack our unique maps to see who is the last person standing.”

Be sure to check out The Mystic Map Mayhem when it kicks off tomorrow evening!