Team Vitality has locked in a number of promising players across their two teams.

Today, Team Vitality has revealed new players and staff for its LEC and LFL rosters. The LEC team specifically has three new members that fans may not recognize. Cantoursna “Nji” An is being promoted from the Vitality.Bee team, with Aljoša “Milica” Kovandžić and Labros “labrov” Papoutsakis freshly joining the organization. The LEC roster is seeing a number of noteworthy changes as a result of a dismal Spring Split. Their former roster placed tenth in the league and only managed to secure two wins. By all means, the split was a disaster and required changes. According to the organization, the roster changes reflect a massive amount of effort. The players chosen underwent three weeks of try-outs, interviews and psychological tests to find the “best possible synergy between the players.” 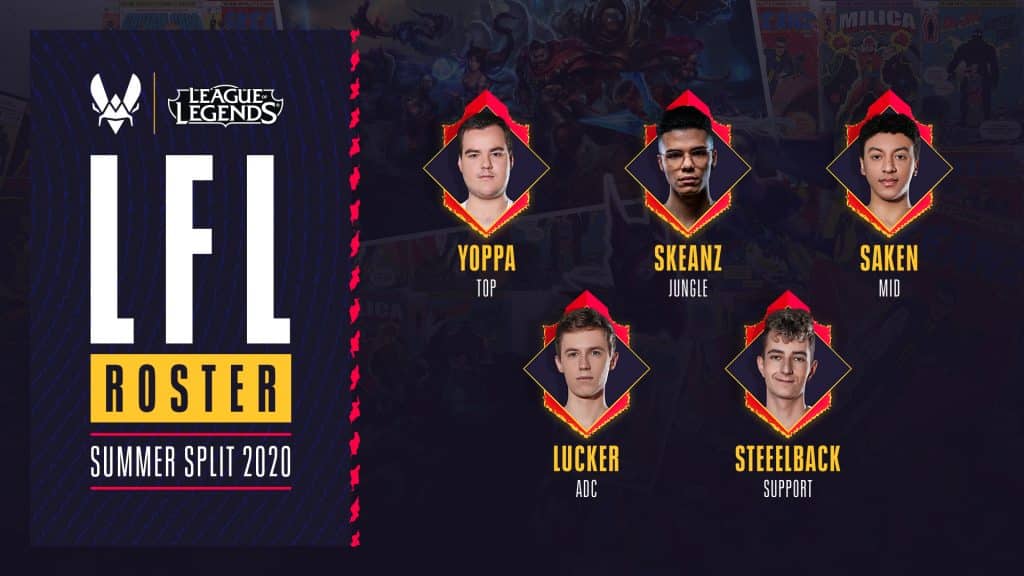 The team has brought about a number of coaching changes too. These are also designed to further the goal of promoting synergy between team members. There are a number of unproven players among the two rosters, but when focusing on the LEC roster, it’s especially true. Lucas “Cabochard” Simon-Meslet and Jakub “Jactroll” Skurzyński are long-time members but are surrounded by players from the regional leagues. Furthermore, Jactroll will be sharing time with Labrov, indicating a lack of faith in the veteran support.

With such an abysmal spring performance, it won’t be difficult for Vitality to perform better in summer. It’s hard to call them a contender for the title, but do have some potential with their players. Other rookie teams have found great success in the LEC lately, so they may have a chance yet.