All the action from the 2019 LoL Worlds Finals in Paris as FPX secure their region’s second victory. 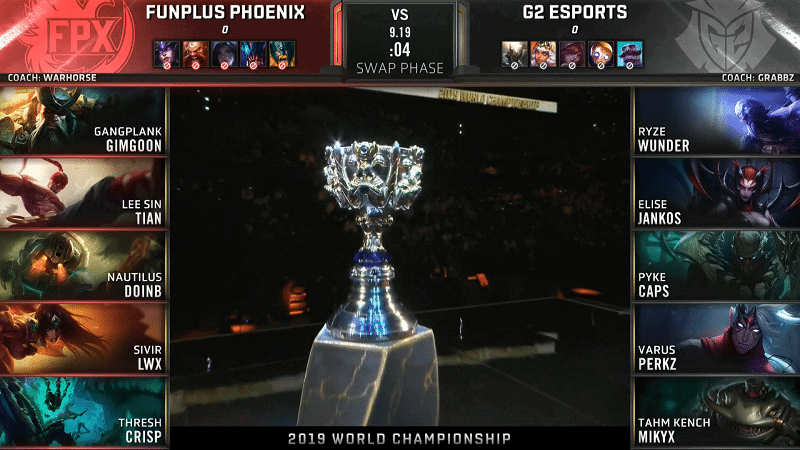 FunPlus Phoenix (“FPX”) struck first in the final series. Doinb set up his team to dive top lane for first blood. A repeat visit from Tian gave another kill to FPX. FPX held the pressure in the game, but Perkz found a pick on Tian to swing it in G2 Esports’s (“G2”) favor. Both teams converged for a team fight followed by several skirmishes across the map, but FPX found the single kill. Action broke out mid as another skirmish grew to a 1-1 conclusion. Objectives were traded but FPX found the edge with an extra kill. The first tower fell to G2 with the Rift Herald. Perkz once again found his team the advantage with a pick on Crisp that led to the middle lane tower.

Wunder fell and gave the top tower in response. Splitting apart FPX, G2 broke the stalemate with a pick on an FPX caught setting up. Doinb found his team a massive pick that led to the middle towers being equaled. Infernal went to G2, but FPX found the fight win with 4-1 and the Baron Nashor. G2 found a teleport that gave them the top lane inhibitor but lost them 3-2 and the Elder Dragon. Second Baron went to the blue side and soon after the top two inhibitors. A pick led to a five-for-zero close for the Chinese first seed. 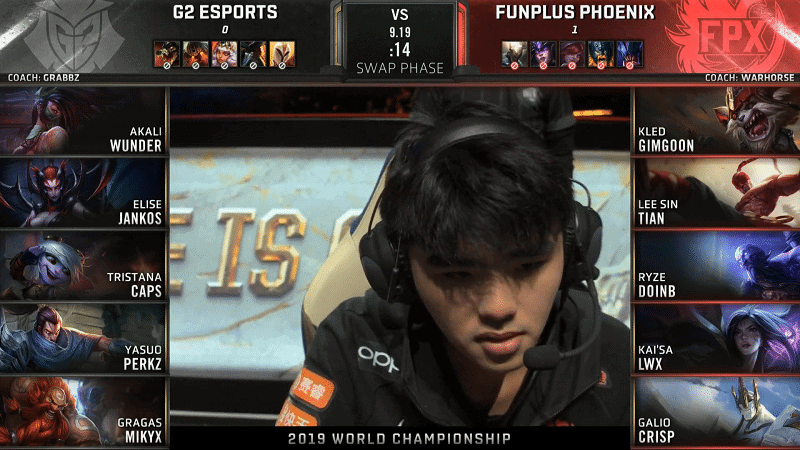 A game separated the tournament favorite from being the tournament victors. Infernal went to G2 as FPX found a fight to go up 3-1. Sides traded objectives with Rift Herald to FPX and Cloud Dragon to G2. Rift gave FPX the first tower in the top lane. When G2 tried to force forward FPX found the opening to find three unanswered kills. Mikyx was caught under the sheer engage that the Chinese draft brought. Lwx used Kai’sa Killer Instinct and stopwatch to bait in G2 and extend the pick to two for his team.

As soon as Baron came up, the red side rushed it. They took the purple worm and rushed the European roster to push them back and prevent possible responses. Refusing to be pushed onto the back foot, G2 found a pick to get a second kill, but Lwx avoided their pressure and led his team to five kills in response. A two-minute team fight broke out across the map resulting in a 7-2 fight victory to FPX. The team was then able to crush through the middle lane and take the second game. 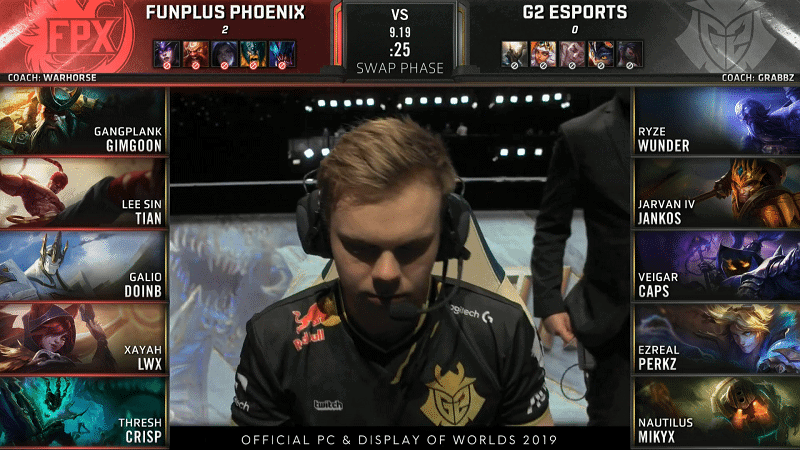 FPX secured their region’s second victory in the same number of years. Mountain Dragon was the prize for early control for FPX. Returning to the bottom lane with Tian and Doinb, the team was able to push for the first turret of the game. Rift Herald added to the advantages, leading to the second tower to fall before plates fell off. First blood went to G2 with Veigar’s utility bringing the team a pick. Teams traded a kill for an infernal to FPX and G2 respectively. Fights began to break out and G2 traded up with two kills in exchange for one. Mid tower fell for FPX; despite managing to trade up with a two for one in the skirmish that broke out the lost pressure.

Baron then went to FPX with a full team escape allowing them to avoid losing members on their way out. Doinb pushed the top tower with the Baron to split the G2 lineup. As the team moved to punish the extended mid laner, Tian found a pick on Caps to take a 2-0 victory in the ensuing team fight. Top inhibitor fell from the Baron, but G2 found a kill on Doinb bot lane to stall the game. Baron was then the target of the blue side. The team found a three-two fight and the Baron to find five-to-three and close the series.

Watch the World Championship here at ESTNN TV. For more information on the tournament, teams, standings, and players, visit www.lolesports.com. Stay tuned here at ESTNN and follow us on Twitter and Facebook for more League of Legends news, articles, opinions and more.