The LCS’ number one seed made its debut today.

The second round of LCS playoffs is well underway, with Cloud9 and FlyQuest battling it out yesterday. Today, the other team with a bye, Team Liquid (“TL”) took to the Rift against the Golden Guardians (“GG”). TL finished first in the split and has the Coaching Staff of the Split, so they’re likely feeling very confident. On the other hand, GG also is riding high off of a fantastic victory over TSM, who they defeated 3-0. With all this in mind, the stage was set for an exciting match indeed! 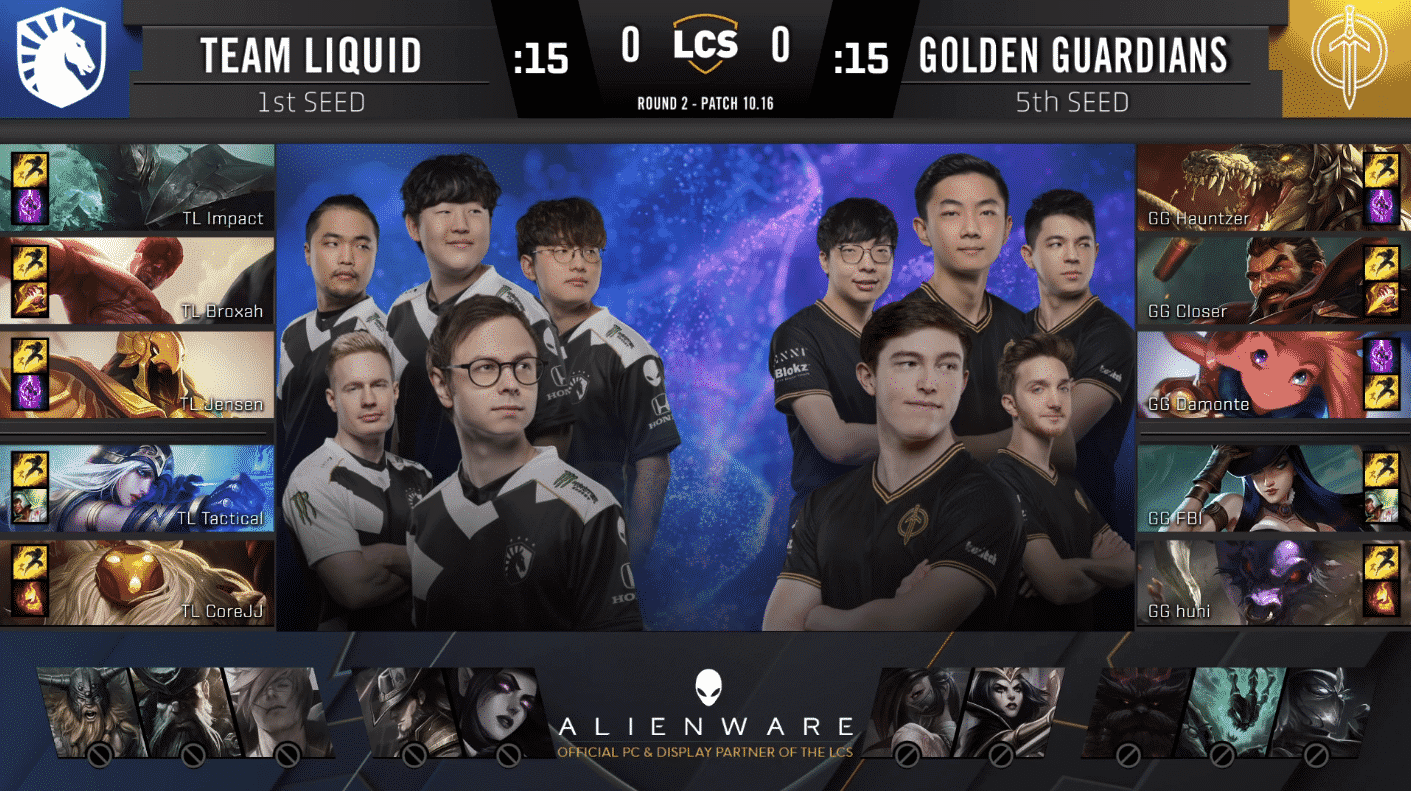 The first game of the series had a slow early game but definitely ramped up in the mid to late game. TL started off by getting themselves two dragons, while GG responded by taking Rift Herald. Funnily enough, this trade wasn’t much of a trade at all, as when GG used the Herald top, CoreJJ used his Bard ultimate on the tower to negate the charge damage. The first real fight of the game was at 17 minutes, when GG contested TL’s third dragon. Here, GG won a team fight off a great Huhi Alistar engage two-for-zero and secured the dragon.

After this point things really picked up. TL secured the First Tower bonus, then GG found a great pick onto Tactical in the mid lane. While this happened, TL was trying to sneak Baron with two members. Unfortunately, they weren’t sneaky enough, so GG collapsed to kill two TL champions and secure the Baron themselves. Though they had a temporary lead, it didn’t amount to much, as TL picked FBI and the rest of his team only managed to clean up some outer towers.

At 29 minutes, TL eyed up the Cloud Dragon that would give them Soul. A team fight broke out, and despite no deaths occurring, GG was pushed back and TL claimed the Soul. Four minutes later, TL got a kill in a team fight and went to Baron. Here, TL turned and killed another GG member but couldn’t get Baron. But after they regrouped in base, they went right back to it and took it with no problem, taking a four-for-zero team fight victory right afterward. With this, TL slew the Elder Dragon too. The number one seed promptly pushed down two Inhibitors with no contest, then slaughtered GG in their base. GG couldn’t mount a defense and eventually lost their first Nexus of the series. 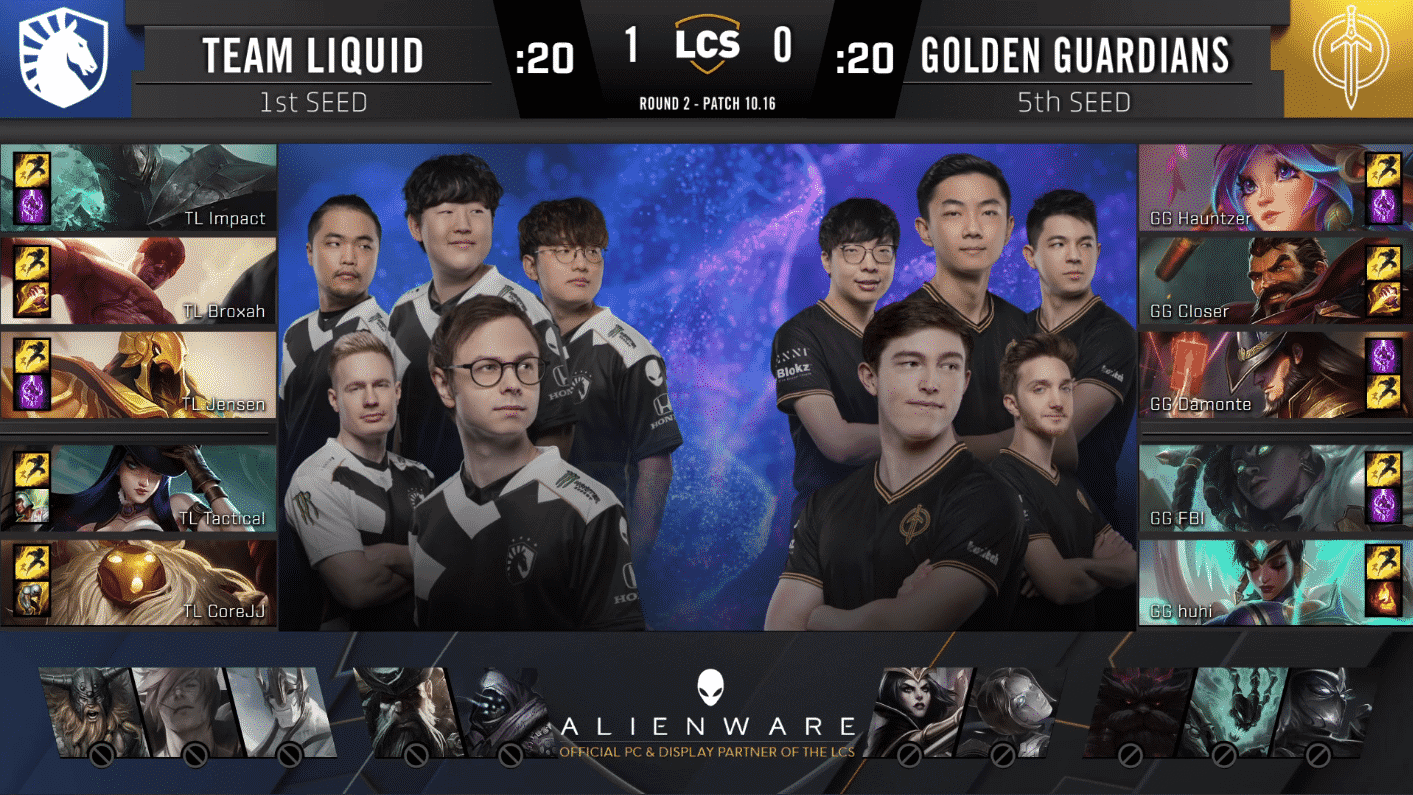 Game Two was more action-packed than the previous, but still had TL come out on top. That said, GG had a great early game, specifically with their Lilia top counter pick. With it, Hauntzer and Damonte dove and killed Impact for First Blood at six minutes, helping Hauntzer accumulate a massive CS lead. On top of that, GG snagged two quick dragons. TL wouldn’t stay quiet though. They contested a lot of objective takes and out team-fought GG to get kills instead.

Once in the mid game, TL focused in on the Lilia. Broxah ganked Hauntzer multiple times and closed the lead he had grown. In addition, TL secured the First Tower bonus. At 18 minutes, GG claimed a third dragon, but lost another close fight to TL. As they were on Soul point, they took the next few minutes slowly. Unfortunately for them, TL was eager to fight them and started taking one, then two dragons for themselves, denying the Soul the entire time.

After the 30 minute mark, the Baron became the focal point of TL. They poked at it, daring for GG to contest. Finally, at 33 minutes, TL decided to finish burning it down and took a team fight afterward, which they won four-for-two. Immediately, TL pushed top and mid, taking multiple towers and the middle Inhibitor. The final fight started at 35 minutes, where GG started it by picking off Jensen. It looked good at first, but TL was too far ahead and turned it 4v5. They killed three GG members and easily finished off the second Nexus. 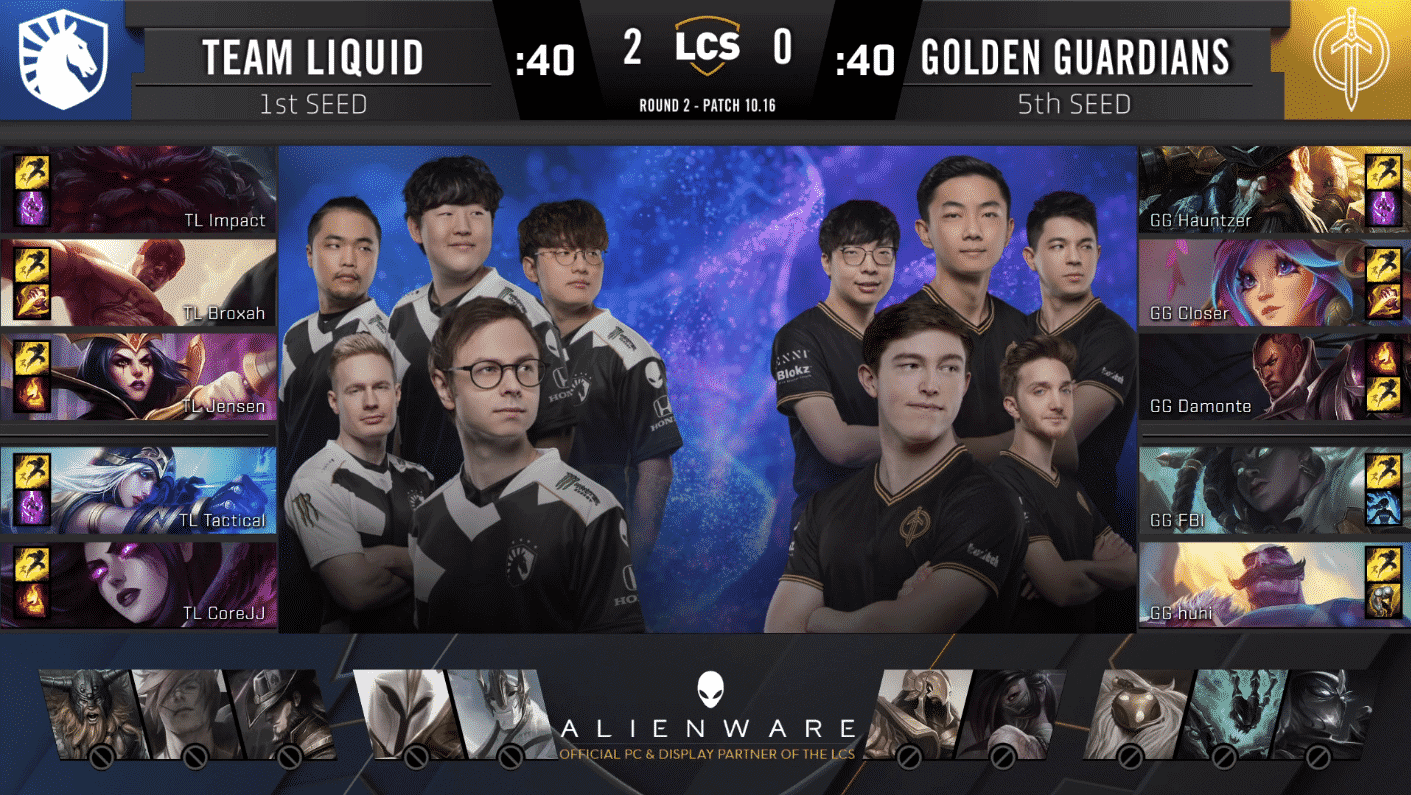 Game Three featured GG with another strong early game. The top and bottom lanes both won extremely hard, with Closer ganking top to get First Blood for Hauntzer and FBI and Huhi killing the TL duo in the 2v2. The GG duo played incredibly well, killing Tactical once more as well as claiming the First Tower bonus to boot. Hauntzer, with his lead, used it to solo kill Impact too. Everything looked great for the GG squad moving into the mid game.

But it wouldn’t last. Broxah killed Hauntzer twice in the side lane, then Jensen solo killed Damonte. These plays, along with a one-for-zero team fight win, gave TL a foot back into the game. At 26 minutes, a team fight erupted in the middle lane, which resulted in a devastating four-for-zero win for TL and their first Baron buff. Destruction followed in their wake, as TL swiftly knocked down multiple towers and all three Inhibitors.

At this point, GG looked doomed. But that wasn’t necessarily the case, as they pushed back two pushes from TL in their base, with Damonte doing extreme damage and playing very well. Even with a second Baron and triple Super Minion waves, TL couldn’t end and GG’s hopes were revived. Alas, the inevitable happened though. One final team fight broke out in the middle lane, where the game balanced on a knife’s edge. GG fought against the odds, and though they got TL’s health bars low, they couldn’t finish them off. As a result, TL Ace’d GG right outside of their base, then made short work of their third Nexus right after.