DRX looked to rebound after a loss, while FlyQuest hoped to grab a second win to round out the first round robin. 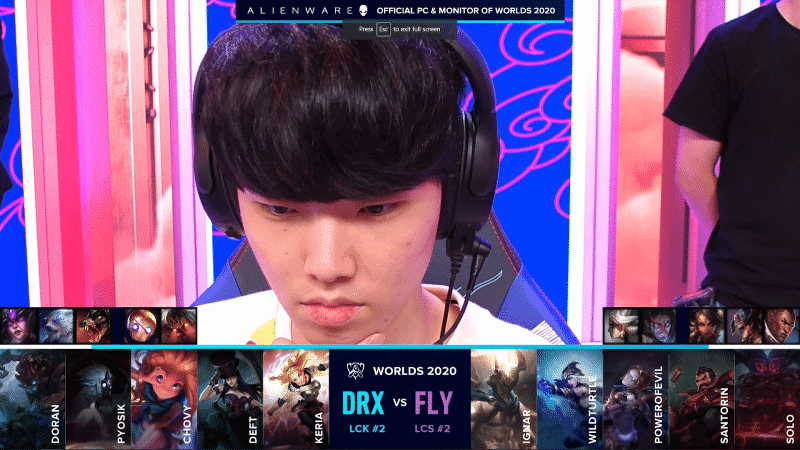 With NA starting Day Four with a huge upset win over G2, FlyQuest (“FLY”) would be looking to spring a major upset as they tried to take down DRX. As for DRX, they wanted to get a clean win over FlyQuest as they look to put their loss to TES behind them. FLY got off to the perfect start as they picked up the First Blood for Santorin in the bot lane. While FLY did manage to get two early kills,  DRX was able to get a gold lead as they looked to pinch the second drake. However, Pyosik makes a huge misplay with his ultimate which leaves him exposed on the drake. As a result, he got sniped out and FLY easily took the drake.

FLY pulled the trigger on a big play at Herald as they looked to move into a gold lead. But IgNar threw the fight as three members dropped as a result of the play. As a result, DRX moved even further ahead. As DRX moved in to secure the fourth drake to stop the FLY Soul, they closed out FLY, limiting the entry points and ace the NA hopefuls. DRX secured the drake and the Baron as they looked to close out the game. As DRX is caught sleeping on the back end of the Baron fight, FLY manages to secure a consolation kill.

DRX used the Baron buff to push into the FLY base. Here, they sniped out PowerOfEvil at the start of the fight. After that, they swept FLY aside and secured a dominant victory as they went 2-1 after the first week of matches.