Machi and TL kicked off their Group Stage with a match against each other. 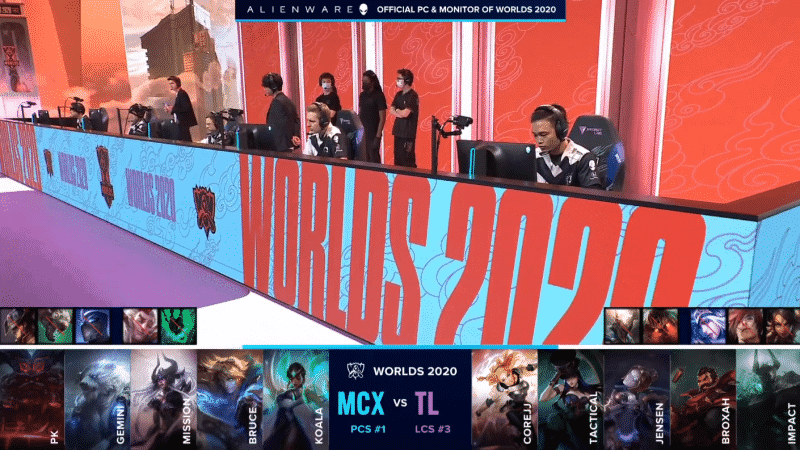 Team Liquid (“TL”) held back no punches with a quick First Blood onto Tactical’s Caitlyn with the Caitlyn Lux combo right before the three-minute mark. However, Gemini was not to be outdone, as he immediately flashes on to TL’s Jensen to get Mission a kill and Machi Esports (“MCX”) on the board. The game seemed to settle down after the initial action as both teams continued to farm.

MCX seemed to have some mixed feelings about what the correct call is as PK dies top against Impact while Gemini was on the Rift Herald at eight minutes. Gemini then shifts his focus and gets MCX the Earth Drag at 10 minutes. Gemini and Impact trade flash as MCX Rift Heralds the top tower at 14 minutes to secure First Tower. Team Liquid responds with their own tower bot side immediately after. MCX and TL continue to trade value across the map as they again trade top tower for bot tower.

Machi began to win mid-game exchanges with a pick on Jensen in TL’s blue side jungle and allowing them to get the Cloud Dragon at 21 minutes. TL’s Impact gets caught out bot side and Tactical gets caught out top side allowing MCX to secure the Cloud Drag and acquiring Soul Point. Machi secures the Baron and Cloud Soul giving them absolute control over the game. MCX secures their second Baron and closes out the game at 37 minutes, TL unable to find an answer all game.